The Impact of AMR and Priorities for Immediate Action 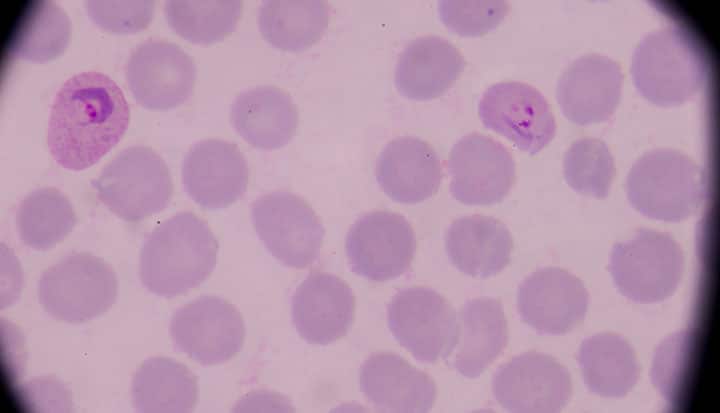 The Impact of AMR and Priorities for Immediate Action


With the release in May of the final report and recommendations of the Review on Antimicrobial Resistance, GBCHealth has convened a group of global leaders to discuss the potential impact of AMR and their priorities for immediate action. The series, which will be published over the next three weeks, is intended to supplement the high-level meeting on AMR that took place at the UN General Assembly meeting on 21 September, 2016.

What do you see as the priorities for addressing the challenge of AMR in the short term?

I believe without doubt that given the importance, scope, and complexity of growing antimicrobial resistance (AMR) today that highest priority must be given to a massive public education and information campaign aimed at influencing policy, behavior, and action. A wide range of stakeholders (researchers, academics, doctors, nurses, pharmacists, politicians, government officials, and private sector leaders among others) at all levels and around the globe need to understand the nature of the threat presented by the rise in antimicrobial resistance. They need to know its causes, its disastrous impact, and understand the diverse multiple avenues for positive action they can and should take in their respective personal and professional lives, for the benefit of the whole human family. The spread of AMR resulting from uncontrolled irrational, excessive, and inappropriate use of antibiotics is killing people and wasting resources in medical practice as well as commercial agriculture and animal husbandry.

At the same time, it needs to be clear that in public health better diagnosis and evidence-based decision making about management of illness can contribute in a major way to reduction in inappropriate use of antibiotics leading to AMR.

At the same time this global, multilevel information/education campaign is underway, serious work is needed by organizations such as the World Health Organization (WHO), the Food and Agriculture Organization (FAO), and the Organization for Animal Health (OIE) to assure that global efforts in this field are well focused, well-coordinated, and result in effective policy, regulatory, and program action to achieve dramatic, near-term reductions in the causes of AMR.

Is there something particular about the challenges posed by AMR that make coordinated, multi-sector action even more essential?

The causes and impacts of AMR fall in many sectors related to human and animal health. Furthermore, many issues arise specifically at the interface of the two worlds.

In the human sphere, antibiotics are used and overused to treat and “prevent” illness. In the animal (especially cattle and fowl) they are widely used for prevention of illness and “fattening” for market. In some parts of the world antibiotics are widely available even when not medically indicated and, whatever regulations say, they are available over the counter. These two factors alone contribute to widespread growing antimicrobial resistance. Clearly action is needed by multiple players related to utilization, production, distribution, prescription, and sale of antibiotics, and other antimicrobials. Addressing this issue already calls for action by multiple sectors.

In addition to these concerns we must recognize human mobility, a characteristic of modern life, as a contributing factor to rising levels of global AMR. For instance, a person from one country bearing an already resistant strain of an anti-malaria drug, travels to an neighbouring country. Bitten by a mosquito in that new setting she can start a new cycle of resistance when the mosquito who bit her bites another person and launches a new cycle of AMR.

In the animal world, likewise, AMR needs to be the concern of people in veterinary medicine to assure only timely and appropriate use of antibiotics for treatment of sick animals. On the other hand, increasingly in some countries antibiotics are used in commercial cattle or fowl trade to promote rapid growth and weight increase among animals sold for meat. Extensive research and experience in the field of animal husbandry have proven conclusively that it is a myth that antibiotics are needed to achieve this result.

Going no further one already sees the need for involvement of the health sector, professional organizations of health care providers, trade, agriculture, animal husbandry. Likewise, education is critical for all the people on the front lines in these fields.

And if all these efforts in different fields are to become more than a patchwork of individual technical efforts, but achieve a common goal there is need for policy and standards covered by national regulations and legislation.

Clearly no sector, no office, no organization can address this issue effectively alone. All players need to work in a coordinated, shared, collaborative effort to achieve the common goal of reduction and God willing, ultimately elimination of AMR.

How can the private sector be an effective partner in the global AMR effort?

I see at least four clear and important roles which can be played by the private sector with positive benefits for themselves and the larger community where they work.

1. First and absolutely crucial, private sector players in the health field should immediately, individually, and together determine to take all possible action in the health settings they control or influence to move forward with comprehensive action to reduce AMR. What does this mean? It will relate to guidelines and practices of their health care professionals. It will relate to rewards and discipline. It will relate to policy and practice in private pharmacies, the training of doctors, nurses and midwives, more general health education, universal precautions, and infection control for staff in clinics and hospitals.

In many countries of the world one knows that a significant amount of health care is provided by the private sector. Embrace of the challenge of reducing AMR in the world of for-profit health care could have great benefit for the institutions involved, patients, and a profound impact in the field. In addition, if the effort is accompanied by good records, research, and monitoring there is no doubt there could be important lessons for others including public systems.

2. Second, I salute the growing responsibility and seriousness with which the private sector, particularly larger entities, take the issue of the health status and health care of their own workers, workers families, and in some cases people of the general neighborhood where a company is active. In connection with this I see a very significant opening for these companies to be leaders in the field of elimination of AMR. Standards of practice in your own facilities and general health education of your workers can promote responsible use of antibiotics and eliminate their excessive use.

3. Third, I would urge serious attention of private sector partners in the commercial food industry – either production or consumption and sale of food products. Global experience has demonstrated antibiotics are not needed for rapid development of marketable stock and elimination of excessive use of antibiotics in these settings can make a dramatic contribution to reduction of AMR. For those in wholesale food purchasing and marketing you may have or could choose to set production standards for the food you purchase for resale. Regulations related to use of antibiotics could be included and could have a positive influence on down-stream use of antibiotics making, yet another contribution to reductions in AMR.

4. Fourth, the private sector has an important voice in many circles and at many levels in most countries. You can be important advocates in the efforts to raise awareness of the urgency of addressing this issue. Particularly in cases where private sector actors, themselves, have taken action in this field it is important to share your experience and results in the larger context of your community.

Why is drug-resistant malaria called the “slow motion emergency”? How does AMR pose a threat to the safety of populations and economies of the Asia Pacific region?

Identification of the gradual increase and spread of drug resistant malaria in the Greater Mekong sub-region (GMS) points to a public health crisis of potentially huge proportions if not promptly and effectively addressed. And the threat it presents to public health is not confined just to the SEAsia region but has global implications. Although arising now in SE Asia, resistance has the potential to spread worldwide undoing major successful investment in malaria control.

So why is it called it “slow motion emergency”? Because of diagnostic challenges, the spread of resistance and its impact are generally only slowly recognized. Furthermore, even once recognized it is difficult to overcome. Mobility of people and mosquitoes and continuing mutation can spread resistance more widely reducing the impact of existing malaria treatments and action for malaria control. For example, anti-mosquito sprays, insecticide-impregnated mosquito nets, and existing first-choice malaria treatment for people all gradually lose their effectiveness. This is a relatively slow process but once started is difficult to stop. Furthermore, the time and investment involved in development of new treatments for people are vast, and again slow. Lives are lost and economies slow down as workforce and the buying public shrink in the time between the decline in effectiveness of existing treatments and identification and availability of new effective products.

For all these reasons there is increasing global consensus that elimination of malaria is the strategic, cost effective, and appropriate approach for protection of public health and strengthening of health security today. In line with this view, leaders in the East Asia Summit of 2014 committed to the goal of achieving a malaria free Asia and Pacific by 2030 or sooner. Only in this way will the global community be able to avoid continuing the costly cycle of development of new treatments, evolution of new, drug-resistant malaria.

Editor's Note: This series is meant to supplement the high-level meeting on AMR that took place at the UN General Assembly meeting on 21 September, 2016.

This article first appeared on gbchealth.org and is reproduced with permission.