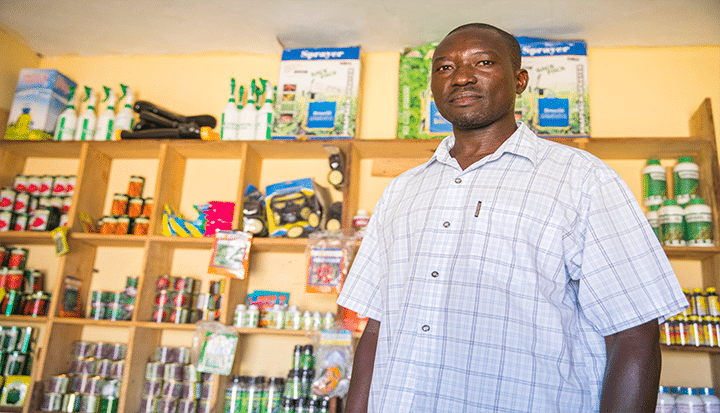 In the westernmost corner of Uganda, something interesting is happening. This rural area of Uganda is challenging perceptions of how refugees can contribute to the local economy. West Nile in Uganda is home to hundreds of thousands of South Sudanese refugees, and together with their Ugandan host communities, they are beginning to drive growth.


For four years, Uganda’s neighbour, South Sudan, has been at war with itself.  This has resulted in two million people having had to flee their country, including one million to Uganda. 80 per cent of these are women and children. They are families who have lost loved ones, their homes, their land and their livelihoods, and are now slowly trying to recover and rebuild their lives.

These South Sudanese refugees are expected to be displaced for many years. In fact, global trends suggest that once displaced for six months, refugees have a high probability of being displaced for an average of 17 years. Given the scale of the crisis and how long it’s expected to last, Mercy Corps is working to help families who have been uprooted rebuild their livelihoods so they can support themselves.  Together with our partners, we’re helping Ugandans and South Sudanese re-engage in agriculture by promoting land sharing with host communities, offering subsidies for seed purchases from local agro-dealers, improving agro-dealers’ ability to access quality inputs from national seed companies, and gradually working with produce trading companies to attract them to the area.

All of this is happening in a context that shows signs of early business growth.  As of October 2017, one large market in the refugee settlement of Palorinya housed 218 businesses, estimated to be more than double what it was six month earlier. What we’re seeing in West Nile is that strengthening local markets and supporting refugees to earn an income from them, are some of the best ways to help refugees recover.  Yet, building these opportunities will take time and requires a combination investments including direct refugee assistance and supporting market growth.

Based on Mercy Corps’ recent programming and research in Uganda, here are five things we have learned about using local markets to support refugees rebuild: