Youth Perspectives on Our Future Economy 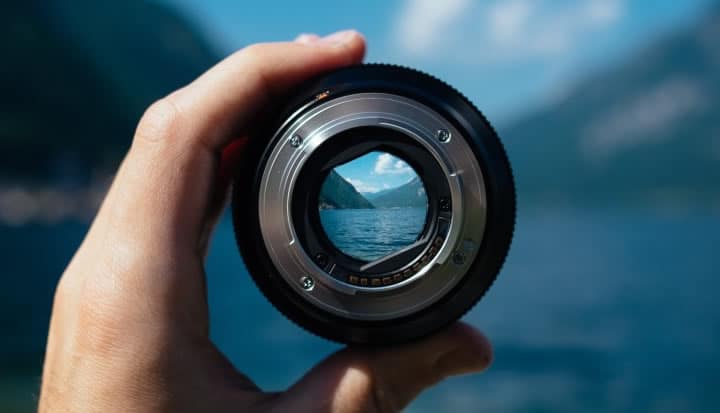 As part of Business Fights Poverty Online 2020, we teamed up with youth from around the world from the Economy of Francesco to organise a co-creative session dedicated to imagining and evaluating future economic models and to begin to co-create our future together.


Demand for a new and sustainable economic model is reaching a new peak. As 2020 dawned, even committed advocates of globalised capitalism (like the IMF and World Economic Forum) have called for a rethink, in recognition of the looming threat of climate change and unconscionable levels of global inequality. In recent months, the world has experienced a series of global events which has reinforced our collective humanity and the interconnectedness of our systems, their fragility, and the urgency to act and collaborate. The COVID-19 pandemic has exacerbated pre-existing inequalities and Black Lives Matter has highlighted how injustice is deeply embedded in our systems and institutions. The debate around our economic system no longer centres on whether or not change is needed; instead, people are now asking “what are the alternatives”?

In this context of renewed urgency, during Business Fights Poverty Online 2020, we teamed up with youth from around the world from the Economy of Francesco to organise this co-creative session dedicated to imagining and evaluating future economic models and to begin to co-create our future together. Together we divided into breakout rooms and deep-dived on the strengths and weaknesses of one of the four pre-selected economic frameworks which each team had to choose from: stakeholder capitalism, circular economy, green economy, and Doughnut economics. The purpose of this youth-led World Café session was to share knowledge as we question ourselves on how to build a more regenerative and inclusive economy by design.

This article shares the reflections on the models discussed by those that joined during the World Café: Our Future Economy - Youth Perspectives. Doughnut economics and the circular economy were the most voted for frameworks (42% and 29% respectively) during this session, followed by stakeholder capitalism (23%). The green economy hasn’t been included because it was not chosen by any of the participants.

The Doughnut model, developed by economist Kate Raworth in 2012 (and which she presented on at Business Fights Poverty Oxford 2017), recognises that well-being depends on enabling every person to lead a life of dignity and opportunity while safeguarding the earth’s life-supporting system. This conceptual framework outlines the social and planetary boundaries within which humanity needs to live in order to have sustainable development. The framework is basically a dashboard of indicators that quantifies and visualises the shortfalls and overshoots of the variables which are applicable for companies as well as cities, communities, countries, regions or the whole world. Amsterdam is already on a mission to embrace the Doughnut model.

Ben Sookia, one of our World Café participants, shared with us that the Doughnut was the model which his breakout room believed would be the one which would be best served for developing a future economy. “It is a revolutionary model that not only benefits the environment but has a strong focus on social justice as well”. It brings to light the idea of creating positive change in a combined way in which the environment is regenerated and society can thrive together. In the group’s opinion, it’s a model which covers stakeholder, green, and circular economy models. Erin Whittingham added the fact that “it just makes good economic sense to move to the Doughnut, given the cost of social injustices and climate change. It makes good business sense to start thinking, imagining, and planning to move away from a growth-based model”.

Laura López and her team questioned whether and if the model allows for agency, and championed the thought of “the Doughnut not being linear, it allows for complexity, it’s science-based and it’s multidisciplinary. It is also outcome-based, so it has a concrete goal for success and it’s nicely visual, in a circular pattern”. In line with this, Tamara Reygers appreciated the fact that visually and conceptually “it can be linked and compared to the 17 SDGs; we can see which are the areas and weaknesses in society that are overshooting and which are the ones lacking”.

Contrary to the dominant economic theory, Doughnut economics discourages economic growth and GDP expansion as an indicator of progress, which is, as Sohan Patrick shared, something which we have experienced automatically during the COVID-19 crisis: demand and production have contracted and this has come at a significant cost to humanity as well. The population is expected to grow from 7.9 to 8.5 billion by 2030. So, what are the trade-offs between population growth with limited resources and Doughnut boundaries?

Erin built on this and reflected on the fact that recent GDP contraction has been unplanned. The Doughnut supports and favours a planned decrease in the economic output, so the massive layoffs and social challenges which we are experiencing would hopefully be mitigated with proper planning towards the Doughnut. Still, there is no historical evidence of international coordinated efforts to decrease economic output. For example, Ian Horughiy highlighted the fact that for the last 200 years humanity has constantly increased consumption and production of fossil fuels. Over the course of the 20th century, more and more countries started their supplies of oil to global markets until there are no easily accessible fields left in the world to be included in the system. Reaching a global limit of cheap energy and resources to expand our economic system further means that we are heading to a situation of much more expensive goods and services in the future. Thus, the reasoning behind the "unlimited economic growth" theory is flawed since we have limited resources in a limited environment.

Stakeholder Capitalism: Transparent shared-value systems and the subjectivity of how we define our stakeholders

The Davos Manifesto published in January this year established that the purpose of a company is to engage all its stakeholders in shared and sustained value creation. “It acts as a steward of the environmental and material universe for future generations. It consciously protects our biosphere and champions a circular, shared and regenerative economy”.

A transition from a shareholder capitalism to a stakeholder capitalism continues to hold the focus on the private sector, but the purpose of a company in society, its raison d’être, is being redefined. The fiduciary duty of directors is shifting from the maximisation of shareholder value towards the long-term interest of the corporation itself, and, consequently, the prioritisation of stakeholder value instead.

Stefania Scrofani shared her team’s concern with regards to the definition of stakeholders, “we cannot think of some stakeholders; all people and the environment need to be seen as stakeholders of the firm”. An additional weakness which was perceived was the divergent metrics and indicators which genuinely bring to light all the positive and negative impacts a company has. The overall question mark when discussing stakeholder capitalism was with regards to its subjective interpretations, particularly, in how we define and prioritise our stakeholders.

Circular Economy and the 3Rs

Most EU directives, in response to SDG12 Responsible Consumption and Production, are pushing to a transition from the current take-make-waste extractive industrial model (the linear economy) towards a circular economy, which aims to redefine growth, focusing on positive society-wide benefits. A circular economy fosters the closing of product life-cycles, and places an emphasis on the reduction, re-use and recycling of materials from production, distribution, and consumption processes. It implies nothing is wasted and natural resources are managed sustainably, biodiversity is protected, valued and restored in ways that enhance our society’s resilience and benefits present and future generations.

Some of the key strengths highlighted during the World Café is that it is a model which elevates the individual responsibility of the consumers, it reduces waste and pollution, lowers carbon footprints, fosters innovation, improves health, creates new jobs, preserves the Earth’s resources, and promotes sustainable systems management.

Although one of the challenges brought to light is putting in place economic incentives because of complex country-specific waste systems, there are a number of countries which can be considered success stories in how they have reduced waste going to landfills, such as Switzerland (where general bin bags are sold at a high cost). Yet, as we know, the EU, US, and Canada, among others, continue to transport much of their waste to East Asia, having not only environmentally devastating effects but also enormous health and social impacts on vulnerable communities.

Sohan added that a key weakness is an inability and lack of infrastructure for efficient waste management and recycling in many countries. And, thus, the importance of educating and raising awareness on the first two Rs: to reduce and reuse. Ultimately, to build a circular economy we will need innovations that ought to be all about doing much more with much less, as Mario Sebok shared.

Joseph Jacobs built on the importance of a values-based system: “it is what keeps all the elements discussed above together. It helps people to actually operate in an ethical way, both government and business. The economy is not just about businesses. It’s also about how the governments are doing what they need to do. And it’s also about civil society responding and taking responsibility and taking charge of their own collective futures”.

The frameworks discussed could be seen as a single framework, they could work together, but each of them has advantages and drawbacks that should be addressed. Moreover, we should think about appropriate incentives to stimulate all the social and economic actors to put them into practice. We look forward to continuing these conversations in future gatherings

We are grateful to our moderator Valentina Rotondi and to all the participants that actively engaged in this wonderfully intergenerational conversation with people from different corners of the world, from Florida to the Philippines, from Sri Lanka to Guatemala, Brazil and Canada, and from South Africa to Ukraine, Germany, Italy, and Spain. 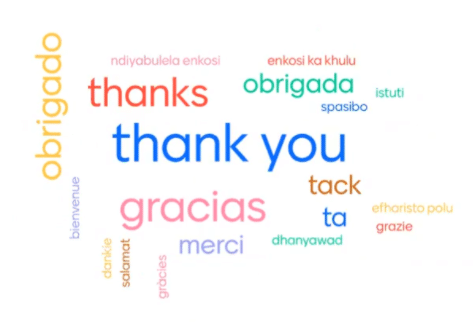