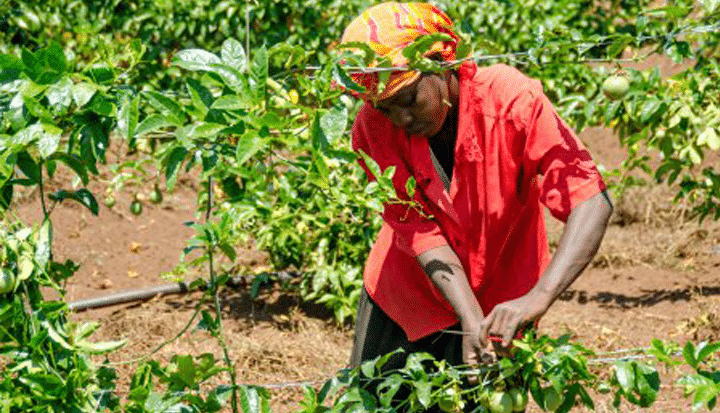 African business and political leaders, including Zambia Finance Minister Alexander Chikwanda, have described Africa’s youth employment challenge as a “ticking time bomb.” The deepening gap between young people’s skills and the needs of employers has been linked to education systems that simply are not up to snuff, but also to a general lack of faith in young people as being capable of making meaningful contributions in a global marketplace, sometimes because of cultural and gender biases.

As a result, young men and women in sub-Saharan Africa are more likely to make a living in the insecure informal economy, struggling to overcome myriad barriers to formal employment. (And youth aren’t alone -- 49% of sub-Saharan Africa’s workforce is un- or under-employed.)

Despite these daunting challenges, many leaders see this situation as a great opportunity. They are confident that young people can be activists and changemakers—even job creators for their communities.

Here are five ideas from social entrepreneurs under the age of 30 that redefine employment in Africa, while putting young people in charge as changemakers.

Eric Kaduru, age 30, is helping thousands of out-of-school girls turn small tracts of unused land into money-making passion fruit farms in Kyenjojo, a small town at the intersection of two major highways in western Uganda. Participating young women each receive a 240-square meter plot (about twice the size of a six-yard box in soccer) and 45 passion fruit vines to launch their own small-scale agribusiness.

Kaduru, who worked in advertising but turned to agriculture four years ago, offers “intense” technical support to his KadAfrica entrepreneurs, who also get access to a ready market: 70 percent of passion fruit in Uganda is imported, so there’s plenty of appetite among Ugandans for buying local.

The young women produce anywhere between 220 to 330 pounds of fruit per month on average, which brings in a monthly income of $20. Some KadAfrica entrepreneurs make as much as $50 per month, a seriously significant increase from the average $3 per month the women earned before joining the program, according to a baseline study conducted in early 2014. The extra income is used by young women to either expand their passion fruit farms or launch new ventures like a nursery school for neighborhood children.

KadAfrica is commanding attention in Kyenjojo. There are currently 1,200 women on the waitlist who hope to join the program, and Kaduru is confident he can scale-up the program to meet the needs of 3,000 young women over the next two years.

GiftedMom is Central Africa’s first mobile health platform that has been designed to improve the health of pregnant women, new mothers, and their children. It saves lives, too.

When founder Alain Nteff, age 22, visited a clinic in rural Cameroon, he learned that 17 premature babies had lost their lives due to complications from illnesses like syphilis, chlamydia, and malaria. The deaths were preventable, and the grieving mothers would still have their children had they received proper care during their pregnancies, Nteff said. He felt he had to take action.

Today, GiftedMom offers a comprehensive suite of services to women and families. In Cameroon, one in five women never see a physician during pregnancy, so GiftedMom’s free SMS services sends reminders about the importance of prenatal care and breastfeeding directly to subscribers’ mobile phones. The platform tracks vaccinations for children and also makes immunization schedules available to their guardians.

Ntieff and his team don’t stop there. GiftedMom runs mobile campaigns to inform the public, including teenagers, about family planning, contraception techniques, and other reproductive health issues, and field questions from the community.

For support on the ground, the GiftedMom team are counting on hundreds of young people, many of whom were training to be doctors at private health science institutes that were shut down by Cameroon’s government in 2013. Of the 200 young persons in the GiftedMom network that have medical skills, eight have been hired full-time by GiftedMom; the others receive support to launch their own community development initiatives while serving their communities as volunteers. Ntieff hopes to expand this network to 30,000 youths in 10 countries by 2017.

3. Creating a path from self-sufficiency to ambitious entrepreneurship: Tiwale Community Based Organization, Malawi

In Malawi, a landlocked country powered by agriculture, about 80 percent of the population lives in rural areas and more than 60 percent live on less than $1 per day. Women, in many cases, have it tougher than men. Just 16 percent of girls finish primary school, and many women must deal with challenges like a low socio-economic status, higher than average rates of HIV and AIDS, and one of the world’s highest rates of maternal mortality.

Ellen Chilemba, a budding entrepreneur since her pre-teen years, is trying to change these difficult circumstances for women in Malawi with her for-profit social enterprise, Tiwale. Chilemba, now 20, and her team have trained 150 women as entrepreneurs, while also offering grants, loans and lessons that can lead to empowerment and independence.

Tiwale’s Design Project trains women to do traditional fabric dye-printing. Some of the revenue from the sale of women’s handiwork is used to fund other programs offered by the organization that give women opportunities for self-sufficiency. These programs include a school grant program that covers fees, transportation costs, school supplies, and offers a small living stipend, plus the flagship microfinance loan program.

The microfinance loan program is, essentially, a business plan challenge. Innovators with the best ideas receive $70 interest-free loans to help turn their ambition into action. The loans must be repaid over the course of 10 weeks, but that hasn’t been a problem for any of the 30+ winners, each of whom successfully launched their own profitable small business—some are earning as much as $7 per day.

The Twim Academy in Idaban, Nigeria, is a school for media and the creative arts that was founded by Olumide Adeleye, age 27. Twim Academy opened its doors in 2013 and offers young people—typically between the ages of 18 and 35—courses in basic computer skills, photography, video production, web design, and visual effects.

Media and arts students who want to grow their skill set and gain real-world experience can sign up for six-week, certificate-level courses, or earn Twim Academy diplomas in more structured, semester-long classes. Both course types offer plenty of hands-on experience and students walk away with expertise and vocational skills, because the last thing young people in Nigeria need—or can afford—is empty experience.

“Deficient school curricula and poor teacher training have contributed to the failure of educational institutions to provide their students the appropriate skills to make them employable,” according to a Brookings Institute report on Nigeria, a country that is home to more than 11 million unemployed youths.

So far, Twim Academy has provided comprehensive vocational training to more than 100 young people, with graduates going on to become professional photographers, videographers or small business owners. Adeleye plans to open a second academy in Idaban, a 50-acre campus, and to scale-up across the country—with Lagos being a prime location, as one of the world’s fastest growing cities.

Burkina Faso’s government collapsed under the pressure of protests demanding a change in leadership in October, 2014. President Blaise Compaoré stepped down one day after the parliament building in the capital city, Ouagadougou, went up in flames, officially ending his 27-year rule.

During Compaoré’s governance, major human rights problems included (but were not limited to) the “excessive use for force against civilians, criminal suspects, and detainees,” according to a U.S. State Department report, as well as the abuse of prisoners, harsh prison conditions, arbitrary arrest and detention, and judicial inefficiency.

In this time of change and transition, Hado Nicaise Sawadogo, 28, has an idea to change the lives of inmates in his home country. Since 2011, Sawadogo and his team have offered French literacy courses to inmates in the Ouagadougou Correctional Facility (MACO). Now, he wants to expand the project to each of the nearly 30 prisons across Burkina Faso, and to introduce entrepreneurship programming to get young men and women back to work: he is innovating to reduce the rate of recidivism.

His team is just getting started, but AEPT is a project to watch.

Tiwale, KadAfrica, Twim Academy, GiftedMom, and AEPT were named winners in The MasterCard Foundation and Ashoka’s “Future Forward: Innovations for Youth Employment in Africa” challenge. These young social entrepreneurs will take part in the Ashoka Changemakers Day on Youth Employment in Africa in Cape Town, South Africa on February 12th. You can submit a request to attend the event as well as join the conversation using the #AfricaYouthFwd hashtag. Using the hashtag, you can converse with these and other young social entrepreneurs on January 28th and February 25th at 9:30am ET.