World's Poor To Be Helped By 'Txt Msg' Technology 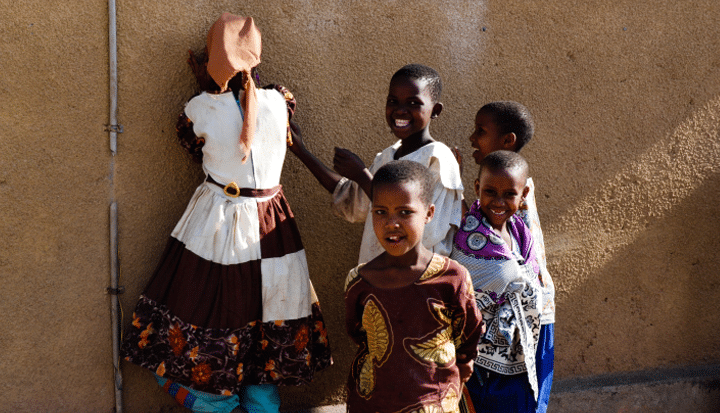 
PRESS RELEASE FROM THE DEPARTMENT FOR INTERNATIONAL DEVELOPMENT (DFID):

At an event today, Mr Alexander announced a £1.4 million UK-led three-year project that will lay the foundations for financial services to be made available through new and emerging technology across Africa and Asia.

The International Development Secretary set out how modern technology is transforming the way banks work in the 21st century and explained that this could benefit the developing world most, with people gaining access to financial services for the first time ever.

'Branchless banking' allows an individual to have a remote bank account that is accessed and managed through their mobile phone or other technology. This could mean those with no chance of using traditional banks - because they are either too poor or the nearest bank is miles away - will be given the opportunity to save money, gain access to credit and receive money sent from family members in other countries.

The new project - Facilitating Access to Financial Services through Technology (FAST) - will:

* Support the introduction of 'branchless banking' to mass-markets in developing countries, such as Kenya, Tanzania, Pakistan, Nigeria, India, Bangladesh and Ghana. Pilot projects will be evaluated by teams of finance and technology experts and where appropriate help and promote increases in scale or spread to different countries.

* Carry out international research into how new technologies such as mobile phone banking, smart cards and biometric banking can help the poor to access financial services and identify how to spread its use across the developing world.

* Help develop industry standards that will regulate the new technology and make it secure and cheaper for people to use 'branchless banking'. This will include bringing together leading regulators from 20 developing countries.

Two billion people in the developing world currently have no access to vital financial services and rely on informal channels which can be expensive and are unsafe. Leading poverty experts suggest a lack of access to banking hampers people's ability to improve their incomes and pay for healthcare and education, whilst holding back countries' economic growth.

By using mobile phones and other existing technologies many of these people could access financial services through 'branchless banking'. About 3.3 billion people globally have a mobile phone and the number in poor countries is increasing significantly.

Africa has the highest growth in mobile phone subscribers, at more than 50% a year over the past 5 years - by the end of 2007 Africa had 278 million users.

"A lack of access to finance in some parts of the developing world stifles entrepreneurship, stunts development and leaves people trapped in a poor, cash-only society.

"Advancements in technology and growth in mobile phone use is changing how we all live our lives and has the potential to give people access to financial services no matter where they live.

"It is the world's poorest who could benefit from this most and that is why I am launching a three year project to help expand the availability of this technology across the developing world.

"A rapid increase in access to financial services could lift millions out of poverty and help change their lives forever."

The potential market for technology and mobile phone companies is huge, and by piggy-backing on existing technologies and infrastructures, the transaction cost can be much cheaper than traditional banks. For example a study in India showed it costs $1 per transaction in a bank, 40-50 cents per transaction from a cash machine and only 10 cents when a smart card is used.

It is predicted that mobile-phone banking could add a billion banking customers to the system in five years.

Branchless banking is easy to use and can be up to 50% cheaper and faster than traditional banking channels. There is no need to invest in significant new infrastructure because it uses the existing mobile phone network.

Setting up traditional banks and financial infrastructure is expensive particularly in remote areas and poor people do not always have a fixed address, or easy access.

The new project will build on an earlier DFID-funded pilot programme like Vodafone's M-PESA. M-PESA was set up to test whether a mobile phone-based platform to transfer money in remote parts of Kenya would work. Two years later, M-PESA has 5 million users, more than all the bank accounts in Kenya, and is being expanded to support remittances, salary payments and bill payments.