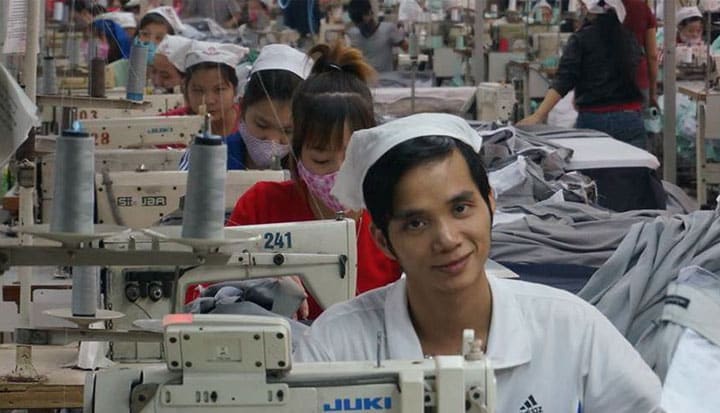 Why did Unilever open itself up to scrutiny?

If Unilever were such a fantastic marketing machine, as some say, why would it expose itself in such a way? Is this also marketing? Since the first report was published in 2013, Unilever has presented itself as a leader in social impact and human rights. It has developed a human rights policy and published a Human Rights Report. However, at least once a year, the media report about a human rights issue linked to Unilever products, including child labour in tea plantations.

Oxfam has also identified problems around wages, collective bargaining and gender inequality, persisting both in Unilever Vietnam's own factory and with that of its suppliers. There's plenty of room for improvement.

Honesty and openness make you vulnerable. So why is Unilever engaging in such a research exercise with Oxfam again? If Unilever were such a fantastic marketing machine, as some say, why would it expose itself in such a way? Is this also marketing?

What Unilever is doing benefits them on two counts. Firstly, it confirms their leadership, not so much in performance on human rights but in transparency and willingness to learn. Secondly, it improves Unilever's risk management. Not only by preventing human rights risks but by improving its understanding of how an important stakeholder such as Oxfam looks at these issues. Despite Unilever's improved risk management on human rights, Oxfam's assessment identifies risks Unilever didn't know it had.

How did Unilever perform?

Training is a first step Unilever has taken. Not only did they train the suppliers themselves, they also trained their own procurement staff. Awareness has increased. What did not happen, however, was getting suppliers to really understand why this is important for their own business. They fear cost increases and Unilever is not willing to pay for these costs, or to reward them with incentives (yet). I therefore wonder whether Unilever sees the business case itself. Is it really fundamental to the way they do business, as they claim in the Human Rights Report? If this is the case, they will need to reconcile commercial and human rights requirements and show suppliers how to do the same.

2. Ensuring a living wage is being paid

In the first report, Oxfam advised Unilever to commit to a living wage, as they found workers even in Unilever's own factory who could not make ends meet. Unilever took up the challenge and approved a Fair Compensation Framework in late 2015 to deliver fair compensation across its operations by 2020. Although Oxfam found that wages for Unilever Vietnam's blue collar workers increased significantly (48%) over the four year period, it also found that some workers were still struggling to make ends meet. Unilever requires suppliers to pay the minimum wage and work towards a good practice of a living wage. No evidence was found that action by Unilever had increased wages in the supply chain.

Ensuring that all workers earn wages that meet their basic needs is not so easy when the underlying business model remains the same, as Oxfam also points out. Is Unilever prepared to understand this and address this barrier?

What can other companies learn from Unilever's journey?

The report has many interesting details and learning points for other companies and those seeking to influence them. For example:

For companies who are hesitant to speak out and show a strong commitment: it is possible to explain to stakeholders that you cannot get there tomorrow. It needs time and a process has to be in place. Be transparent about this.

An effective grievance mechanism is a strong instrument with the potential to get burning issues out in the open. Trust is key. Many existing mechanisms are not trusted by workers and are therefore not used.

Show the business case for human rights to suppliers.

Workers, especially vulnerable workers (blue collar workers with dependents, migrants, women), are important sources of information. Listening to them is key when you want to do the right things right.

Contract labour in Unilever's own operation and supply chain has been successfully reduced. For the supply chain, this was done by monitoring and checking by UVN procurement to ensure suppliers' production could be done in legal working hour.