Women in industry – why we need more gender-sensitive statistics 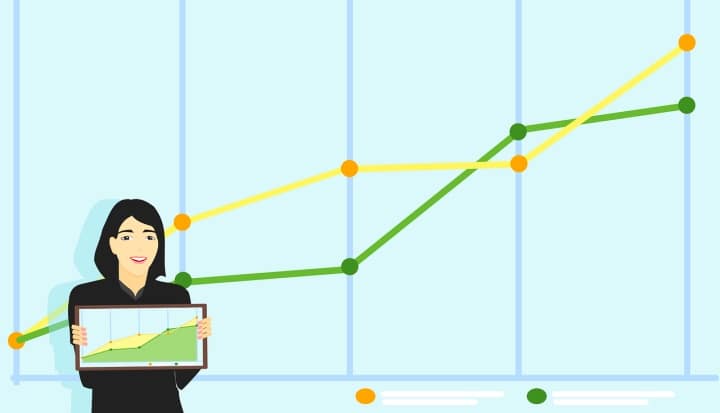 COVID-19 is highlighting how a lack of gender-sensitive statistics threatens women’s health. But a shortage of good, reliable data on women is also holding back progress towards inclusive and sustainable industrial development (ISID), and hampering preparations for the changing employment landscape of the post-COVID economy.


Since COVID-19 emerged in late 2019, scientists have been poring over the data to understand better how the virus behaves and how to fight it. After multiple clinical trials conducted around the world at record speed, there is now encouraging news on potential vaccines. But scientific studies show that many trials fail to take the sex of participants into account – meaning any future treatment or vaccine could be less effective in the female population. Data from UN Women show that only 28 per cent of COVID-19 cases reported to the World Health Organization from 136 countries have been disaggregated by gender and age, making it much harder to assess the impact of the virus across populations.

These omissions are not limited to the pandemic but reflect a longstanding and widespread data bias that underreports or even misreports the life experiences of women and girls. From domestic violence to unpaid care work, in an era where our lives are increasingly dominated by an ocean of data, we simply don’t have the numbers to help us explain women’s lives.

The consequences are far-reaching: without reliable gender-disaggregated data and gender statistics, decisions taken by policymakers, scientists or researchers, be it about health, the economy or elsewhere, risk leaving women behind. If women are cut out of the picture, policy action to build inclusive and sustainable development risks hardening inequalities rather than easing them.

Out for the count

Take the beleaguered but crucial manufacturing sector, where employment is dominated by men. According to the United Nations Industrial Development Organization (UNIDO), women make up around 37 per cent of workers in the sector, but this statistic is based on the relatively small number of countries which report complete industrial employment data by gender.

The International Labour Organization (ILO) provides statistics on the number of women working in manufacturing as a share of female employment, and on employment by gender, status and economic activity. But although improving, the scope of information available remains patchy. For example, we don’t have enough data on whether women occupy frontline or administrative posts within particular industries and sub-sectors, or whether they hold decision-making and managerial positions.

UNIDO gathers national data from industrial censuses and surveys on women employed in different manufacturing sectors, such as food and beverages or textiles, and provides information at more detailed subsector level. But once again, many countries don’t report, and what information is supplied can be incomplete or infrequent.

Nor do we have sufficient information on movement between the informal and formal sectors, or on whether women are being paid the same as men for the same work in particular industries and sub-sectors.

Data tend to be collected on manufacturing firms with at least 10 employees, missing out micro enterprises, which are often run by women. Some countries do consider small and medium-sized enterprises (SMEs) in traditional business surveys or through ad hoc surveys, and reporting on the informal economy has improved in the past five years, with over 100 countries now providing information. Yet many countries lack the capacity and resources to produce data on a gender-disaggregated basis, and large gaps remain at the low-tech end of the spectrum, where most women are employed.

Better data on earnings and conditions exist in the formal sector, but once again, they are irregular and international comparison remains difficult. For example, the ILO collects information on hourly earnings of women and men by occupation, age and disability, but figures are hard to compare because of the variety of sources used and the limited coverage: according to UN Women, only 15 per cent of countries have provided data since 2010.

Historically, labour force surveys have not included unpaid domestic and care work, which is overwhelmingly done by women, as a primary economic activity. Without measuring the value of this work, we can’t see how it enables other types of economic activity or understand the opportunity cost for women who provide it.

This gap is compounded by the fact that many surveys interview only the head of the household, who is often male, especially in regions where female labour force participation is low. That means we don’t know enough about childcare, women’s spending patterns, their access to finance or their use of social and health services.

A recent UNIDO report on gender and inclusive and sustainable industrial development (ISID) shows how we lack information about survival rates for female-run businesses, about their labour productivity, and about their capacity to diversify production, compared to businesses run by men.

These gaps in knowledge mean that we don’t have a full picture of where the barriers or opportunities lie when it comes to getting more women into jobs in manufacturing, which is key to making industrial development both inclusive and sustainable. They also limit both the availability and effectiveness of policy options to promote equal opportunities for men and women.

Preparing for the new normal

As part of its core mandate, UNIDO has long advocated for more women in the manufacturing sector as a way to address gender inequality. Access to higher-skilled, better-paid manufacturing jobs would allow women to share more equally the benefits of industrialization and raise their status at home and in the community, while bringing a largely untapped skills source into industry and propelling ISID.

Making progress on these aims is all the more pressing as it is women who are bearing the brunt of the COVID-19 crisis, losing their jobs and businesses at a greater rate than men.

According to UN Women, in Europe and Central Asia a quarter of self-employed women have lost their jobs as a result of the pandemic, compared to a fifth of men.

Overall, women’s employment is 19 per cent more at risk than that of men. This is largely because women are overrepresented in low-paid, low-skilled jobs in struggling sectors such as the textile and garments sector, and in part-time or temporary jobs that are often the first to be cut by hard-hit businesses. In 26 countries out of 33 where data are available, women are more likely to hold vulnerable jobs in manufacturing. They are also disproportionately represented in the informal sector, where employment is less secure and offers fewer social protections.

Millions of women currently working in labour-intensive industries, such as the textile and garments sector, may therefore be forced to seek new forms of employment in higher-skilled jobs that are more resilient in the new employment landscape. This means they will need to acquire skills and training in areas that are relevant in the ongoing Fourth Industrial Revolution.

But new skills alone will not be enough. Even where the education and skills gap has narrowed in recent years, with more women trained in scientific and technical subjects, for many this has not translated into better jobs. As countries industrialize, women have tended to remain in low-skilled positions. Policies need to take account of culture and societal norms to ensure that more women can access higher-level, better-paid jobs, or develop their own businesses.

To drive these changes, we need more gender-disaggregated statistics that provide a reliable picture of where women and men work, and what their paid and unpaid contributions are, along with the barriers they face.

Beyond that, we need to better exploit existing data and to use statistics in a smarter way, linking them to other data sources, such as information on trade, employment records and business registries, that would allow us to monitor the employment and entrepreneurial status of women at individual company level.

UNIDO advises and trains policymakers on how to develop and carry out industrial surveys, including encouraging governments to collect more data on women in manufacturing.

For example, it has created a tool to help national policymakers gain a better picture of women’s participation in manufacturing. Developed as part of the EQuIP project, backed by German development agency, GIZ, the tool provides a set of indicators that adds a gender dimension to assessments of employment in manufacturing. The recent UNIDO report on gender and ISID also shows what can be achieved when applying a gender dimension to data, including through the use of a so-called index of dissimilarity to show the level of female employment across sub-sectors versus men.

But many developing countries still lack the resources and capacity to produce a steady stream of consistent and timely statistics that are internationally comparable. The financial and logistical constraints imposed by the current crisis will intensify these challenges, making it even harder to add additional measures to monitor the impact of the crisis on women, or to implement the right policies to build a fair recovery.

More financial help must be given at national and international level to close funding gaps that prevent countries from gathering and analysing data on women in industry, so that we can look ahead to recovery from the pandemic where everyone counts.

This article was previously featured on UNIDO.