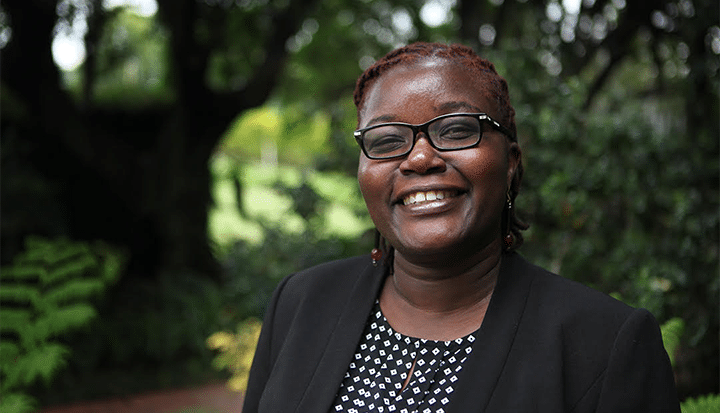 With increasingly more women’s economic empowerment initiatives being announced Jemimah Njuki asks if these kinds of initiatives are enough to transform the lives of women, their families and communities? Exploring why we must go beyond economics in the discourse on empowerment of women.

Last week, Ivanka Trump attended the Summit of the Americas in Peru and announced a new women’s economic empowerment initiative.  This builds on the Women’s Entrepreneurial Finance Initiative, or We-Fi, she launched last year, which aims to encourage private investment and funding to women-owned companies and is backed by the World Bank.
Are these kinds of initiatives enough to transform the lives of women, their families and communities? Likely not on their own.
According to the MasterCard Index on Women Entrepreneurs, Ghana has the highest percentage of women business owners worldwide with 46.4% of businesses owned by women.  In Latin America, the proportion of women-owned business has remained low, at 34 percent of all businesses. And even in advanced societies like the US, only 39 percent of businesses are women-owned while an additional 8.4 percent are owned jointly by women and men.  Even when women own businesses, they are often smaller than those owned by men due to constraints such as capital. In the US, one in five firms with revenue of $1 million or more is woman-owned. According to the International Finance Corporation, nearly 70 percent of female-owned small and medium enterprises in the developing world are reported to be unserved or underserved by financial institutions.
Women’s economic empowerment programs like the one launched by Ivanka Trump often aim to close the gap between men and women in accessing economic opportunities, accessing paid care work and the financial services that they require to start or grow their businesses. This is needed. Evidence shows that when women control a greater proportion of household resources, the family allocates more money toward food and children’s education, and children that are healthier and more educated are better-prepared to contribute to a developing economy.
But women’s ability to make these investments is determined by the extent to which they can make decisions about their income and this can be limited by cultural and social norms that often recognise the man as the head of household and key decision maker. Indeed, a focus on closing entrepreneurship and financing gaps will not automatically lead to the full empowerment of women, nor to improvements in women’s lives and fulfillment of their aspirations, if we do not address the social and cultural barriers that women face.
We must rethink women’s economic empowerment programs so they also focus on addressing these barriers.  For instance, in Cote d’Ivoire, integrating community engagement elements, such as discussions with community leaders on the positive role of female entrepreneurs, and organizing joint sessions with spouses has led to higher growth of women owned businesses and more autonomy in how women make decisions.
As another example, in the Zambia fisheries, fishing is mainly done by men while fish processing and trading is done by women. Women fish processors and traders face barriers due to power dynamics between them and fishermen that undermines their ability to make profits from their businesses and even form the little money they made, their ability to make decisions on the use of this income in their homes was limited. Integrating dialogue through community theatre on the importance of women’s decision making and co-operation between the fishermen and women fish processors and traders led to increase the proportion of women who were able to make decisions on fish processing and on use of associated income by 30  and 49 percent, respectively.
Of course, one of the most prevalent cases of gender and social norms affecting women’s economic empowerment is the fact that women spend a disproportionate amount of time on care work compared to men and this impacts their ability to and likelihood to engage in economically rewarding work. The Organization for Economic Cooperation and Development-OECD refers to care work as the missing link in the analysis of labour outcomes for women and argues that programs working on women’s economic empowerment must also address women’s care burden.  A report by the University of Oxford however argues that targeting interventions exclusively at women and men in efforts to redistribute unpaid care work won’t go far in reducing gender inequality across the life course because for many women and men, induction into paid and unpaid work occurs during child hood and is a result of socialization. We must therefore change the way boys and girls are socialized to care work at an early age.
And finally, social norms and changes in attitudes and behaviors may be difficult to quantify yet understanding their effects on women’s economic empowerment and entrepreneurship development is essential.  They cannot be understood with quantitative data alone and we need to use mixed research methods – both qualitative and quantitative research. For example, Oxfam has developed guidance for combining qualitative focus group discussions and household surveys to measure changes in social norms around unpaid care work. A project in Kenya is measuring changes in norms and behaviour around care work using stories and PhotoVoice. While these tools exist, we must make them more mainstream in programs on women’s economic empowerment.
It is clear is that unless women’s economic empowerment programs address the gender social norms that create barriers to women’s equality, they will not fully achieve their transformative potential.
Jemimah Njuki is an expert on agriculture, food security, and women’s empowerment and works as a senior program specialist with IDRC. She is an Aspen Institute New Voices Fellow. Follow her @jemimah_njuki.
Previous postNext post