Who Are The Innovators? 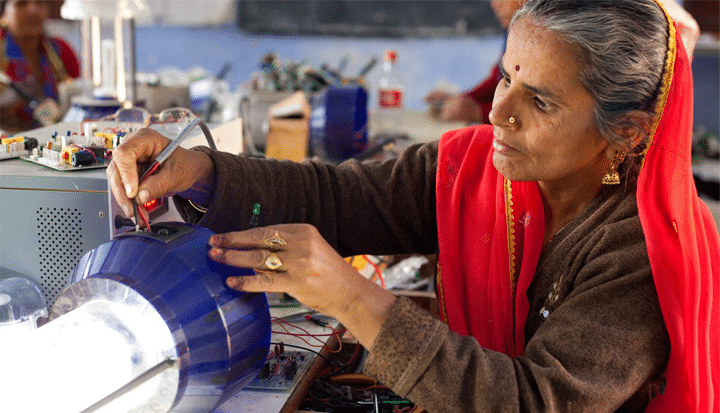 Who Are The Innovators?


Innovation is alive and well among entrepreneurs – but not so much where you’d expect.

Twelve companies originating from that hotbed of invention during the past decade have achieved market valuations of $1 billion or more, presumably marking them as the most successful of the lot. Five are what I would term utilities, companies that provide online services that compete with similar free offerings available from Google or open source nonprofits (MongoDB, Evernote, Dropbox, Box, and Automattic). Four provide consumer services (Lending Club, Airbnb, Square, and Uber). The others provide social networking (Pinterest), big data analytics (Palantir Technologies), and flash memory storage (Pure Storage).

Of these dozen companies, only two are true market disruptors: Lending Club, which enables peer-to-peer loans, and Square, a mobile payment service. Both undermine the financial services industry (which can use some competition!). Just two companies out of the dozen most successful, with hundreds, perhaps thousands of other ventures that have fallen fall short of the billion-dollar mark. Are some of these truly innovative? Probably.

But take a look around Silicon Valley, and you’ll find the majority of would-be entrepreneurs are navel-gazing to dream up pointless apps that solve nobody’s problems – though they hope to make a lot of money.

So, where are entrepreneurs innovating in ways that make a difference in people’s lives? Where is innovation alive and well?

Call it the Global South, the developing nations, the emerging economies, or whatever you will. That’s where.

Most people who live in the developing nations of Africa, Asia, and to a lesser degree in other regions are extremely poor. All told, more than 2.7 billion people live on $2 a day or less. They represent two-thirds of the population of India (about 800 million) and 70% (600 million) of the people of sub-Saharan Africa. In those regions, real innovation – innovation that improves people’s lives, and doesn’t just make money for the inventors – must address the challenges faced by people in poverty.

To an extent that most of us who live in the rich nations of the North are likely to find surprising, resilient and resourceful Africans and South Asians are putting Silicon Valley to shame.

So, just as we took Silicon Valley as emblematic of entrepreneurial innovation in the North, we’ll look to sub-Saharan Africa for counterpoint – surely, the region where most of us living in the world’s richest countries have been taught to least expect business smarts to emerge. So, here’s just a smattering of recently founded African companies and their products or services for the poor:

Other companies in the region offer such agricultural innovations as crop insurance indexed to climate indicators, paying out to farmers if rainfall is inadequate; cooperative farming projects that enlist small farmers in collectives that achieve the scale to employ modern agricultural techniques to raise crops for export; and databases of critical agricultural information (crop prices, pests, rainfall patterns, opportunities to buy and sell) via mobile phones.

Where do all these exciting new ventures come from? Some are from innovation hubs (call them incubators, if you will), both public and private, throughout the region: iHub (Kenya), Akendewa (Cote d’Ivoire), Jokkolabs (Senegal), EtriLabs (Benin), and many others. Yet other innovations spring whole from the minds of brilliant (if often unschooled) individuals like William Kamkwamba, a 13-year-old Malawian boy who used ancient physics textbooks to teach himself how to build a windmill on his parents’ farm that furnished power for irrigation and increased the family’s agricultural output by a factor of five.

Most of the examples cited here can be found, along with others, in an excellent new book, The Bright Continent: Breaking Rules and Making Change in Modern Africa, by Dayo Olopade.

In places where so many things are dysfunctional or entirely unavailable, innovation isn’t just a good way to make money—it’s a necessity.

Stay tuned: you’re going to see a whole lot more come out onto the market from Africa, South Asia, the Middle East, Eastern Europe – and anywhere else people are forced to do what they can with what little they’ve got.

This blog was previously published on The Business Solution To Poverty and is reproduced with permission.