What’s the Impact of Sustainable Farming on Smallholder Suppliers in Ethiopia? 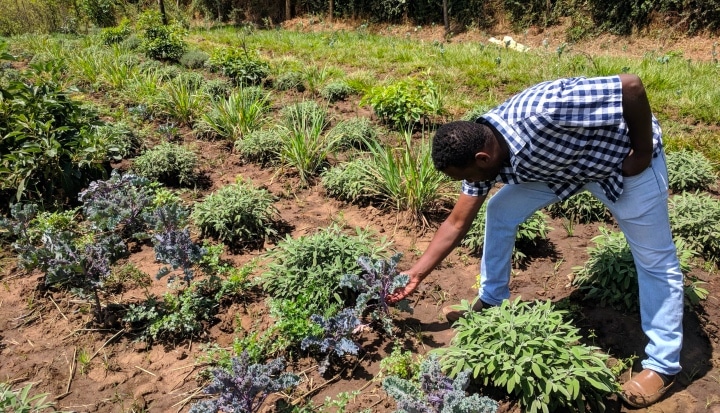 In Ethiopia, the agriculture sector employs more than 70 per cent of the country’s population of 105 million people. Recently, Ethiopian farmers have been particularly vulnerable to the devastating impacts of the locust invasion affecting the country.

Click here for more stories about
Agriculture
Monday May 11 2020


In Ethiopia, the agriculture sector employs more than 70 per cent of the country’s population of 105 million people. The vast majority are smallholder farmers who practice subsistence farming and are relatively disconnected from global markets, and whose livelihoods are vulnerable to a number of risks such as uncontrollable weather conditions, crop disease and pests. These risks are magnified when the farmer is dependent on a small plot of land and a narrow set of crops. Recently, Ethiopian farmers have been particularly vulnerable to the devastating impacts of the locust invasion affecting the country.

One of our investee companies, GreenPath Food, is a speciality food company we invest in through the fund Novastar Ventures. GreenPath produces and sources organic food products through a network of smallholder farms in Ethiopia. Increasing global demand for organic, sustainably grown food creates an opportunity for smallholders to participate in international value chains. GreenPath operates a large, vertically integrated ‘outgrower’ network that supplies smallholders with inputs, financing and technical support, integrating them into global supply chains and creating sustainable livelihoods.

To understand more about the company’s impact, we commissioned a study to explore how partnering with GreenPath has impacted farmers’ livelihoods and productivity over the past two years. The research, led by 60 Decibels in collaboration with CDC, interviewed nearly 250 farmers working on GreenPath partner farms and other farms in potential expansion areas. The research draws on the results of a baseline study conducted with GreenPath in 2017 and a further study conducted at the end of 2019.

What did we find out?

A clear finding from the study is that partnering with GreenPath provides an opportunity for smallholder farmers to improve their level of income. The average farmer who works with GreenPath farms on about one hectare of land and helps to support six other people living in their household. Using the Poverty Probability Index (PPI), the study found that 46 per cent of GreenPath farmers were estimated to live on less than the World Bank’s $3.20 (2011 PPP) per person per day poverty line, compared to 62 per cent of the rural population in Ethiopia. Over the past year, the average GreenPath partner farmer used half of their land for the avocados, herbs, and speciality vegetables they sell to GreenPath, and 97 per cent of farmers reported improvements in their income and quality of life due to working with GreenPath. GreenPath’s payments database also supports farmers’ reports of improved income, showing a more than doubling in average weekly income for farmers between 2018 and 2019.

The results of the survey also provide valuable insights about which services farmers value the most and which farmers see the greatest value proposition from GreenPath’s partnership. Before working with GreenPath, most of the farmers interviewed had poor access to market, equipment and training, and they find these aspects of GreenPath’s service most useful to their farming business. Of those surveyed, 75 per cent said they could not find another buyer for their organic crops, 98 per cent couldn’t find another company to give them quality training, and no one could find another supplier of organic inputs. After working with GreenPath, more than 90 per cent of farmers were satisfied with the quality of inputs, crop choices, and on-farm training support they could access.

Farmers also reported a range of positive shifts toward more sustainable and climate-resilient farming practices. GreenPath encourages farmers to use regenerative farming practices such as intercropping, crop rotation, and composting to maintain the integrity of their soil, improve water retention, sequester carbon, and improve yields. 68 per cent of GreenPath farmers interviewed in the study reported improvements in soil health on their farms as a result of working with GreenPath, and more than half reported improvements in their water usage and conservation.

While the feedback on GreenPath’s service is very positive overall, 33 per cent of farmers said they had experienced a challenge with GreenPath at some point during their engagement. Farmers’ main suggestions for improvements included wanting better prices for their crops and more timely payments. Payment delays are exacerbated by infrastructural inefficiencies, such as the lack of mobile money, and addressing this issue is a priority for the company.

Another issue raised relates to gender inclusivity. Roughly 80 per cent of respondents reported that the work and decisions related to GreenPath were done by men. GreenPath noted that as farm revenues grow, the involvement of women in their engagement seems to consistently go down, as male counterparts take over more of the farming activities and the GreenPath relationship. GreenPath is seeking to better understand and address this moving forward.

GreenPath has already acted on some of the insights from the 2017 baseline study; the business has sought to improve its farmer engagement strategy and service offering, thereby supporting improvements in productivity and farmer loyalty. GreenPath management have found the latest survey results useful as it enables them to track and compare farmer feedback over time, which serves to both validate the impact of actions taken between surveys as well as reinforce areas of development for the future. We hope the findings captured in our report will be useful for GreenPath, as well as for other players operating within the agricultural space that are working to promote sustainability and improve farmer livelihoods.

To learn more about the impact of another innovative business in CDC’s portfolio working with smallholder farmers, see our Insight study on Big Basket, How does an online supermarket in India impact farmers?

This article was previously published on CDC Group Website and is reproduced with permission.