How To Deliver a Living Wage in Supply Chains? 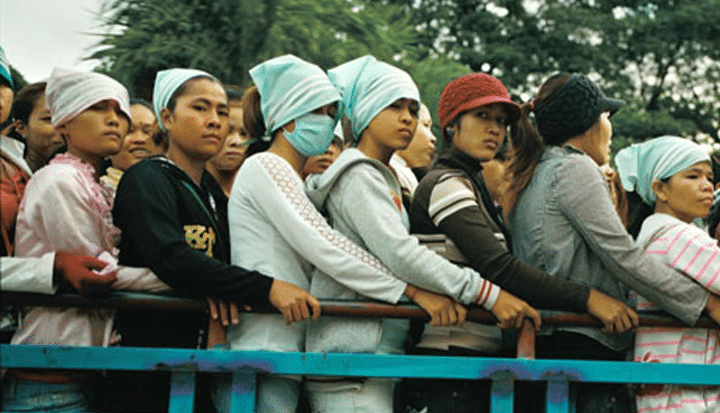 How To Deliver a Living Wage in Supply Chains?


The concept of a living wage is not something new, but with recent reports warning of the lag between wages and productivity and outlining the failures in trickle down economics, it is in the spotlight. On Human Rights Day, Rachel Wilshaw talks about what has been done and what more companies can do to ensure that a living wage is paid.

Fresh evidence has been presented of the corrosive effect of growing inequality on society and the economy. The ILO recently published a global wage report warning of wages lagging behind productivity in many countries. The Archbishop of Canterbury expressed concern about hunger in the UK, linked to low wages and a weakened safety net. An OECD report discredited 'trickle down economics' and said inequality is holding back economic growth. An a bill on modern slavery is being debated in the British parliament, while Anti Slavery International marks 175 years of campaigning and laments that its work remains so much in need.

"Companies often talk about the number of jobs they create, but these are usually measured by quantity, not quality."

These communications echo Oxfam's own analysis in our report Even It Up: Time to End Extreme Inequality. This reported that, amongst other things, ordinary workers are taking home an ever-dwindling slice of the economic pie, as a declining share of GDP goes to labour and ever more goes to investors and executives.

Companies often talk proudly about the number of jobs their businesses create, but these are usually measured in quantity rather than quality. With the UN Framework on Business and Human Rights raising the bar for corporate responsibility, it is time for companies to take a hard look at the number of unacceptably 'low road' jobs in their supply chain, and what it would take to move them to the 'higher road' end of the Work Spectrum.

Based on my experience as Oxfam's Ethical Trade Manager, there are THREE drivers of poverty wages:

These factors taken together create an almost perfect recipe for growing inequality. The average income of CEOs in the UK's top 100 companies has nearly doubled in ten years, while many workers have seen wages decline in real terms. This is unfair and unsustainable.

How does the growing disconnect between wealth at the top and bottom of supply chains fit with companies' values?

What are the forces driving companies forward to address low wages, both the narrow financial business case and the broader one of regaining society's trust?

What are other companies doing in this area, and what has been learnt from the steps they have taken? What hinders further progress?

Today, Oxfam publishes Steps towards a living wage in global supply chains. This issue briefing attempts to answer these questions. We look at what's driving the problem and give credit to companies which are taking steps in the right direction. But though these are all welcome, we also go into why we believe more systemic change is needed, so that governments set minimum wages that people can genuinely live on, workers can negotiate the terms of their employment, and employers have the know-how and commercial flexibility to provide better jobs.

We hope that the briefing helps companies get it right on this challenging issue, described by the head of the Business and Human Rights Resource Centreas 'one of the most powerful tools for business to contribute to their workers' human rights.'

Poverty wages were a key finding in a range of recent Oxfam reports:

This blog was previously published on OXFAM and is reproduced with permission.