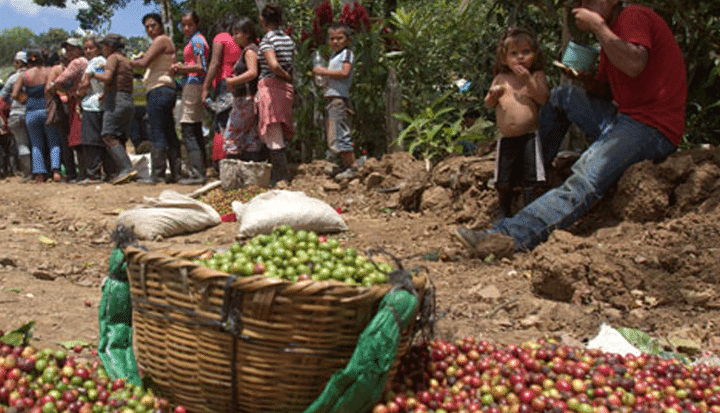 Since the financial crash of 2008 more and more workers have been getting a smaller and smaller slice of what is now becoming a bigger and bigger cake. Although the issue has become more prominent in recent years, the concept of a living wage is not new; it was cited by Plato, extolled by Adam Smith in The Wealth of Nations and is a central part of Catholic Social Teaching as enshrined in Rerum Novarum in 1891. Wherever you look for advice on the rights and duties of capital and labour the concept of the living wage is embedded.

So why is it still not endemic, despite it being a fundamental human right?

When you look at the shifts in behaviour that have been achieved at a global level over the past few decades, climate change for example, what has made the dignity of work such a difficult problem to solve?

Women in the UK are more likely to earn less than a living wage, as are younger people.

The living wage is a global issue with many of the same attributes experienced here in the UK as well as in all the countries the ILO reference in their recent report. Women in the UK are more likely to earn less than a living wage, as are younger people, with 72% of 18-21 year olds similarly affected and nearly half of part time workers in the same bracket. It is not something that is far away and out of sight but on our doorsteps and in our local communities.

The level of social awareness is rising but has not reached the level where consumers will exercise choice and discriminate against businesses that do not pay a living wage. But that is coming, I am sure. Recent research published by KPMG in June 2014 reveals that 52 percent are willing to pay higher prices if the money goes direc... Four out of 10 respondents also claim they will not hesitate to shop elsewhere if their preferred store doesn't pay the living wage. Just 13% suggest they won't alter shopping habits, arguing that employers can pay what they want.

Today 19 of the FTSE are accredited living wage employers, up from four a year ago, but the pace of change is accelerating. In the same way, twenty years ago there were just a handful of transnational corporations reporting on their carbon footprint; now the great majority of global businesses regularly report publicly and even more have strategies in place to minimise their impact on the planet.

The change has been brought about by a combination of influences which include: a reporting system that is transparent, credible and complete; a global governance architecture creating a level playing field; and consumer pressure with society calling for change.

A range of innovative ways of describing living wage are being developed which include a whole set of stakeholders. Within the living wage movement the maxim 'what gets measured gets managed' is certainly true. The value that is being created by employers moving to a living wage model is beginning to be reported rather than just the increased wage costs. The improvements in productivity experienced due to the greater employee engagement and motivation can be valued and the increased retention levels and consequent reduction in recruitment and training costs can be monetised.

The International Integrated Reporting Council's capitals model, including social and human capital provides one way of describing the total impacts of a business changing to a living wage business model.

There is no generally acceptable accounting protocol for a living wage and, at the moment, I think that is a good thing. It means that a range of innovative ways of describing living wage are being developed which include a whole set of stakeholders. If there is no voice for the local community, championing the impact of a living wage who else will speak for society? If the definitions are confined to a single way of looking at the world then those who shout loudest will be heard. Again, looking at climate change it has taken 25 years to generally agree and whilst I hope the living wage won't take so long I also hope there will not be just the one way of defining a living wage.

Oxfam's recent paper, 'Steps Towards a Living Wage in Global Supply Chains', highlights the way the 'minimum wage' becomes the going rate in some jurisdictions which is one reason why the living wage should remain a multi stakeholder voluntary instrument. This moves the discussion from compliance to engagement and, rather than a race to the bottom, we get a constructive competition about who can be best.

This gives a lot of information on which to develop a strategy to address living wage concerns and develop your own response to a global concern.

Editor's Note: This blog was previously published on the OXFAM Policy and Practice blog and is reproduced with permission.
Previous postNext post