What Role Can Business Play in the Pursuit of Peace? Summary Thoughts 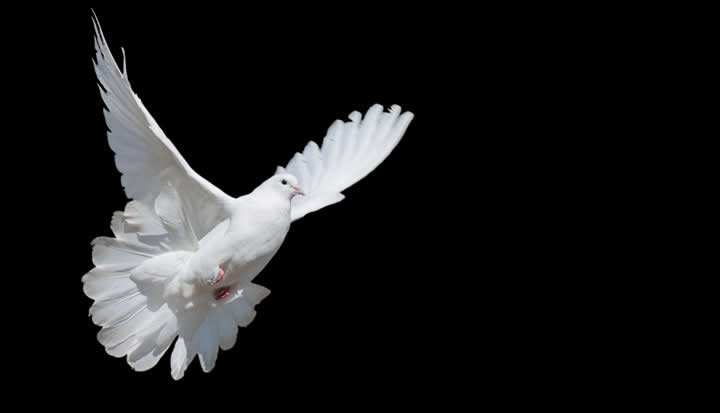 What Role Can Business Play in the Pursuit of Peace? Summary Thoughts

CHALLENGE: How can we engage SMEs exporting to frontier markets with the case for doing business with integrity?
Wednesday November 2 2016


Business Fights Poverty hosted a month-long conference on the topic of the role businesses can play in the pursuit of peace. A subject little discussed twenty years ago, this has become a vibrant topic and the October event was a time and place to pause and reflect on this question. The conference welcomed those who have worked in the topic for many years and welcomed fresh thoughts and minds to the dialogue as well.

The event began with an in-person, day-long event at Indiana University where the topic was organized along three axes: Peacemaking, peacekeeping, and peace building. The recorded video of this event was not part of the online discussion per se, but has since posted to the Business Fights Poverty website for those interested in the presentations of about fifteen scholars, business people, and civic and political leaders.

After this introductory event, the online portion of the conference was subdivided in to three topics, each addressed over a week’s period of time. The three overarching questions were:

With each question, participants began to comment immediately upon the opening of the question/event at the start of the week. Then, on Wednesday of each week, a pre-selected panel virtually convened to discuss the questions in real time with continued engagement from interested participants during the hour-long live session and then continuing on through the remainder of the week.

Three main reasons were offered for why businesses might contribute to peace. The first, argued for by several, was that it simply was a morally good thing to do. Business people are, after all, just that: people. Human beings generally do fare better during times of peace and stability and, regardless of what the motivations are, there is a shared desire of businesses, people, and business people to live in an environment of peace and stability. This might be particularly true with respect to entrepreneurs who may have goals in addition to making money. Thus, human beings engaged in business may simply desire a more peaceful world.

While entrepreneurs are not necessarily co-terminus with small business, there obviously are connections between the two. One insight offered was that small businesses may be very committed to desire to have peace where it works if for no other reason that a small business may have few alternatives to moving elsewhere. They are, in a word, stuck. At the same time, because they are situated within a particular nation or culture, they also may be biased toward the neighborhood, state or nation within which they reside and work and such bias may present challenges for contributions to peace.

The second reason predominated the discussion; it pertained to instrumental reasons. Companies will fare better if bombs are not dropping on office buildings and a company’s brand and reputation will likely be better off if associated with peace rather than violence. Here a supply-demand concept was introduced. There is today, a demand for companies to be more socially engaged and thus to meet the demand companies, which contain the supply of resources to address the demand for business engagement, optimally responds.

Another insight in the discussion was that of timeline. A long term approach to business success might itself lend itself to an incremental, but strong contribution to peace. This might even occur without a business being aware of the impact of the actions it takes. If, for example, it is true as some have argued, that strong ethical conduct correlates with peace, then long-term, responsible conduct of a business may also influence peacebuilding. On the other hand, if the timeline of a business is short-term, then the reasons for contributing to peace are more likely to focus on actions that alleviate a particular conflict. Extended further, a long-term perspective might connect to positive peace, where issues of social justice are important, whereas a short-term timeline might focus more on negative peace: stopping the factors causing bloodshed. Obviously, both can be strong contributions to peace, but the nature of the contribution and the reason behind it could differ.

As a result of this analysis, another insight offered was that the biggest impact business can make to peace is in those areas that are neither the most stable nor the least stable. There may be little a business can do in the midst of the chaos of war and, in a stable country, any given contribution is likely to be small and incremental. Yet is in the “in-between” kinds of societies that businesses may make the biggest contributions and this is particularly true in regional and intra-state conflicts rather than in conflagrations occurring across borders.

What are some practical examples and lessons from business contributions to peace?

To take the first, an initial instinct seems to look at corporate social responsibility practices. And certainly, to the extent that businesses are making philanthropic contributions to causes that promote peace or peace processes (a universe of things that themselves might be very wide-ranging), there can positive benefits. The same can hold true for actions that represent good corporate citizenship.

Yet, others made the point that CSR is not necessarily peace-promoting and so one would need to tie the specific actions of a company’s CSR program to how that program might contribute to peace.

Building on evidence that ethical conduct tends to replicate the anthropologically-determined behaviors of relatively peaceful societies, others emphasized the need for ethical conduct generally that would build trust and, more specifically, argued against greed itself.

Another set of themes included two currently popular tools: Social media and reporting guidelines. One contributor noted the power of social media to create awareness and action around a particular topic; for example, the “ice-bucket challenge” from a couple of years ago. Several contributors noted the importance of reporting guidelines, which provide a concrete basis for corporations to focus their attention around certain principles, whether with respect to environmental sustainability or cybersecurity.

Another set of comments related to the importance of working with government in two ways. One of those ways included public-private partnerships to address a particular problem. The second, cautionary note, however, pointed out that there can be a tendency to ask businesses to fill in the gaps left by weak governments, but businesses simply cannot fill in all such gaps.

Finally, as a general theme. Some offered the importance of empowering marginalized populations, which businesses can do through all of the above-mentioned mechanisms.

Along with these thematic comments, several contributors offered examples of corporate actions. These include:

How might one empirically assess the contribution of business actions to peace?

The final topic produced the least discussion, though from the comments, it seemed that this was not for lack of interest, but perhaps because solving this issue might be the most difficult. Of course, the central issue of an empirical assessment is the existence of a standard against which something can be empirically assessed. Money, one contributor argued, is a poor and misleading metric to use. By that, the contributor meant that one cannot reliable measure a company’s impact on peace simply by counting the philanthropic resources the company devotes to social goods associated with peacebuilding.

Two possible models were discussed. One was the Matrix of Peace. MOP has three components; an assessment of key societal factors relevant to a given area’s situation, resources that catalogue the best practices for businesses to follow, and a succinct and comprehensive way of implementing guidance in a given area.

The PACO Index draws on the current literature that emphasizes three factors businesses make to peace: economic development, following of rule of law practices (especially the avoidance of corruption), and building a sense of community both with respect to external corporate citizenship factors as well as how the company structures its own organization with attention to voice, gender equity, and sizing of units within the company.

Both MOP and PACO look closely at the importance of economic development. MOP is more specifically targeted to the issues of a particular area whereas PACO tends to take an approach that looks at the incremental contributions a company may be able to make wherever it does its work. With respect to the incremental approach, the analogy was made to sustainability. While it may seem that recycling makes no difference to anyone because any one action is too small to have a measurable impact, the collective impact can be significant. Similarly, in a given company, it may seem that any one action is too small, but the argument is that such incremental contributions can have an important, measurable metric.

The question of whether it is better to rank companies or to instead more conservatively certify them to a standard was discussed with no clear decision. On the one hand, ranking introduces a level of competition which may or may not be beneficial. It also requires a strong standard in order to differentiate among the ranked companies. On the other hand, ranking is exceptionally popular and, simply may be here to stay.

My own view is that the business and peace movement is where the sustainability movement was twenty years ago. There is scholarship as well as NGO and government activity around the topic. Energy and ideas seem to be coalescing just as was the case twenty years ago with sustainability. Just as it has been fascinating to see the development of this field over the last 15-20 years, it will be even more interesting to see the state of affairs of this field in another 15-20 years. Conversations like this one hosted by Business Fights Poverty are crucially important for this movement to take its next steps.