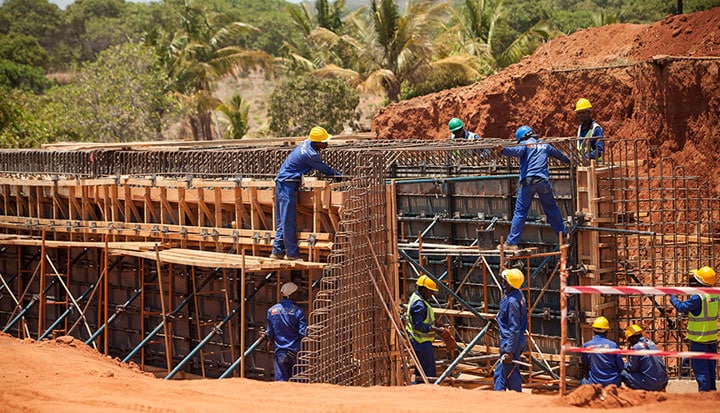 
The narrative of "Africa Rising" has recently been tempered by uncertainties and risks in the global environment. Following two decades of growth averaging five percent, many of Africa’s economies, especially the commodity exporters, have cooled. Earlier this month, the International Monetary Fund cut its 2016 growth forecast for sub-Saharan Africa to only 1.4 percent.

Like Asia, Africa’s progress in reducing poverty rates has been driven by sustained growth, but population growth has prevented a decline in poverty. Extreme poverty is now increasingly concentrated in sub-Saharan Africa, and in 2012, nearly 400 million people in the region were living on less than $1.90 a day.

But unlike much of Asia, many African governments have struggled to achieve real progress in economic diversification. Growth in much of Africa remains largely dependent on primary commodities. Manufacturing provides only six percent of jobs in Africa compared to 16 percent in Asia.

In its efforts to help Africa regain robust growth, the United States combines aid with trade. The African Growth and Opportunity Act (AGOA) — which the U.S. Congress reauthorized in 2015 for an additional 10 years — eliminates duties on imports for nearly all goods Africa exports to the U.S. and creates a competitive advantage in the huge U.S. market that will serve as a boost for nascent African industries to grow. And through the Millennium Challenge Corporation (MCC), investments in economic growth help countries seize opportunities like AGOA and increase trade with their regional and global partners.

While each country in Africa faces a distinct set of challenges, MCC's growth diagnostic studies and root cause analyses reveal some noteworthy patterns.

First, there is no substitute for infrastructure investment. In 10 of the 12 sub-Saharan African countries where MCC has helped conduct an analysis, transportation or energy infrastructure has emerged as a binding constraint to growth — more than any other potential constraint. Businesses simply cannot operate if the costs of doing business are too high — whether that means powering machinery or getting goods to market.

Third, basic investment climate underpinnings — regulatory quality, rule of law, land and property rights — are just as important for catalyzing growth in Africa. Across sectors, we often find that businesses regularly cite these issues as their most significant barriers to entry. Real world examples show us that rapid progress is possible in this space. In fact, sub-Saharan Africa accounted for five of the 10 top improvers in the World Bank’s Doing Business 2016 report. Still, with some exceptions, countries in sub-Saharan Africa rank in the bottom half of the global rankings.

Finally, human capital and labor productivity are the next-most prevalent set of constraints to growth that we find in Africa, and, particularly in Africa, education outcomes are intertwined with health outcomes. In Lesotho, for example, both health and education emerged in MCC’s analysis as principal constraints to growth. Illness often prevents workers from showing up for work and children from showing up for school. Recognizing the impact on productivity, businesses often provide health benefits and meal supplements at their own expense. Investing in human capital is not only the right thing to do, it matters greatly for business competitiveness and investment climates.

These are the steps governments across Africa can and should take to capitalize on opportunities like AGOA and boost trade with neighbors. AGOA beneficiary countries need to demonstrate political will and signal their commitment to reforms by making significant contributions through domestic investments and policy reforms. Those that do can build on and go beyond AGOA and drive faster growth through trade. They will have a strong partner in MCC.

This article first appeared on The World Bank and is reproduced with permission.