We Need to Talk About Toilets 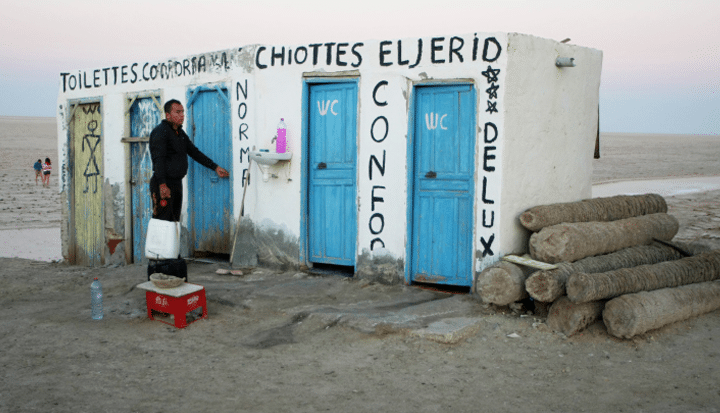 We Need to Talk About Toilets


You visit the toilet about six to eight times a day on average 2,500 times a year. This amounts to three years of your life spent sitting on a toilet. If you are lucky. If you are not one of the two and a half billion people in the world unable to access adequate sanitation. Or the over one billion people, in the world’s poorest countries, who practise open defecation (OD).

I am passionate about toilets because of the enormous impact they can have on our health and well-being. Toilets have added 20 years to the human lifespan over the past two centuries. The readers of the British Medical Journal voted the flush toilet as the best medical advance of the last 200 years. And they chose it over the Pill, anaesthesia and surgery. If you’re not convinced about the positive role that toilets play every day in keeping us healthy, then consider for a moment what the lack of access has on the health and well-being of the most vulnerable – the women and children – in marginalised communities in the developing world. Without toilets children get sick, girls drop out of school and women risk attack when they have to go out at night to defecate.

At Unilever, we believe that the private sector must be a part of the solution to the big social, environmental and economic issues that face us today. That’s why we are implementing our Sustainable Living Plan, to positively contribute to the societies where we operate. We also believe that universal access to Water, Sanitation and Hygiene (WASH) is essential to help people out of poverty as it underpins other key development issues.

For example, studies are increasingly showing that of the 162 million children under the age of five who are malnourished, many are suffering less from a lack of food than they are from poor sanitation. Without access to proper sanitation, children fall ill more often and may be unable to attain a healthy body weight no matter how much food they eat. Energy and nutrients are diverted away from growth and brain development, to prioritise infection-fighting survival. When this happens in the first two years of life it results in stunting and the lost height and intelligence are permanent.

These are some of the reasons why we at Unilever have decided to step up our efforts on sanitation. At the Global Citizen Festival in New York, we were proud to announce our pledge to help 25 million people gain improved access to safe toilets by 2020.

To deliver on our commitment Domestos and the Unilever Foundation are scaling up our partnership with UNICEF to change sanitation behaviours and empower communities to become free of OD. Domestos is also partnering with social enterprise, eKutir, to enable entrepreneurs to set up local sanitation businesses in rural areas and running school programmes with locally-based NGOs to will improve toilet facilities and educate the next generation of children on the importance of sanitation and hygiene.

It is unacceptable that with all we have achieved in science, medicine and technology, we have not yet put an end to the global sanitation crisis. Governments, international and regional organisations, local communities, the private sector and civil society – we all need to come together and ask ourselves what more we can do to rapidly expand access to sanitation. We simply cannot wait any longer.

4 responses to “We Need to Talk About Toilets”