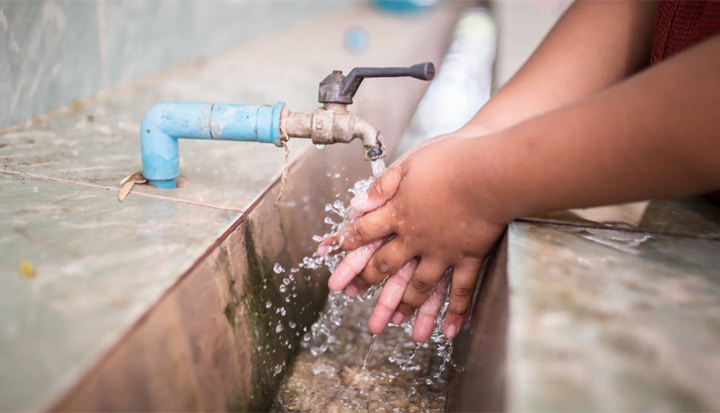 A global crisis that affects over two billion people, water sanitation has turned into a primary concern of many of the world’s leading organisations. Business Connect outline key facts behind the crisis and discuss some actions and strategies currently being taken to tackle global sanitation challenges


As a global crisis that affects over two billion people, water sanitation has turned into the first and primary concern of many of the world’s leading organizations. In fact, the CDC considers water sanitation an essential problem that needs to be solved by the end of this century.

Today, there are about 2.4 billion people without the right kind of sanitation in their regional infrastructure. Clean water, basic toilets, black water disposal, and many things other countries take for granted for survival simply aren’t available in many countries.

Then add the 663 million, and counting, that simply have no access to any water source.

When you stand back and look at the entire problem you get a feel for how massive it is. Something needs to be done in order to solve this problem.

Here’s what you need to know.

The Facts Behind The Crisis

Let’s look at some statistics to better understand this problem.

• According to WHO (the World Health Organization) and UNICEF, the region with the highest amount of poor water sanitation is Sub-Saharan Africa, followed closely by Southern and Eastern Asia.

• Girls are most likely to suffer not only the debilitating ravages of diseases, but the societal consequences of having poor sanitation in their rural settings. Compared to their male counterparts, one in five girls do not attend school, primarily because they are most likely responsible for collecting water for their family. In Sub Saharan Africa, 72% of the water collected is done by women.Plus, the arcane and hazardous toilet and latrine installations in schools often prevent girls from further advancing their education, in particular during menstruation.

• Over eight hundred thousand children under the age of 5 die from diarrhea and related causes each year. In 2012, a study showed that 2,200 children die every single day as a result of diarrheal diseases.

• Basic sanitation and clean affordable water can end up saving over 17 thousand people a week.

• By the year 2025, due to overpopulation, 2/3 of the world will face water shortages. To make matters even worse, the other 1/3 will have to deal will a growing strain on their sanitation installations. Drinkable water will become a scarce commodity.

• Women and girls are more likely to experience violent sexual assaults while either getting water or venturing outside to use the communal defecation pit.

• Only 3% of the world’s water is drinkable, despite the fact that 75% of the planet is covered by it. Out of that tiny percent, only 1% is actually accessible to humans. The majority of the world’s safe drinkable water tucked away in remote regions.

Solutions To The Global Sanitation Problem

Global water sanitation is a staggering and serious problem that has become a pivotal concern for many world organizations, and it’s not going away anytime soon. It’s estimated that it will take generations to actually solve the problem. Nonetheless, there are numerous actions and strategies being taken in order to mitigate its advance.

Some governments are taking highly specific approaches that work within their unique circumstances.

Ethiopia has made a concerted effort to reduce open defecation rates over the past five years,” Wateraid’s policy analyst on monitoring and accountability. “The government came up with a plan of action to get everyone in the country to stop practicing open defecation, and made sure that donors contributing to the sanitation sector also followed the same plan. This hasn’t been the case in Eritrea, where there has been conflict.

Unfortunately, in many cases, one of the most endemic problems is the lack of governmental and regional acknowledgment of the problem. Local governments often turn a blind eye to the dilemma (in many countries, 90% of the investment for any sort of solution comes from the private sector and charity). Unfortunately, there are inherent problems built into the financial and political pillars of most rural countries that fail to prioritize water sanitation in national budgets.

Most governments fail on multiple aspects of the crisis:

• Water tariffs from formal providers are set so low that they do not cover the operational cost, let alone maintenance and expansion.

• Long term investment in the sector is non-existent in many regions.

• There is a chronic lack of human skill and know-how affecting the sector.

In other words, the heavy lifting in most parts is being conducted by private organizations and charities, which is important but not the long term solution. It’s estimated that in order to have a large scale impact on the problem, a great deal of financial aid should be directed to a systemic global reeducation campaign. Knowledge is a key part of solving this crisis.

Another key aspect most organizations and individuals agree on is that the water crisis is in itself an opportunity. It should be viewed not as an insurmountable dilemma but as a chance to help rural and poor communities to grow. Financial investment, manmade infrastructures, and pioneering innovations are critical to tackling the problem.

The United Nations has made it their goal to reach a ambitious and unambiguous target by the year 2030: Every man, woman and child, should have access to a safe water supply and able to go to the toilet in a clean space.

Their main concern is that by the year 2030, there will be an additional 1.5 billion people in the world, and over 60% will be in developing and rural countries. In order to reach their lofty goal, the United Nations and affiliated organizations will have to create a yearly $47 billion financial package.

The UN predicts that in order to actually meet their deadline, the next 5 years will be pivotal. They will have to generate national and international leadership, shining a light on the problem and building the necessary alliances between the private and public sector. It is their belief that the solution lies not only in developing a practical financial mechanism, but also in bridging the educational gap that most politicians seem to have.

Millions of children in the developing world go to schools which have no drinking water or clean latrines – basic things that many of us take for granted. Every child has the right to be in a school that offers safe water, healthy sanitation and hygiene education. – Sigrid Kaag, UNICEF Regional Director for the Middle East and North Africa at the launch of the WASH program.

WASH is a collective term used for the three core issues at stake in many rural communities worldwide: Water, Sanitation and Hygiene. These three fundamental issues have to be improved in order to conquer the global sanitation crisis.

With UNICEF’s leadership, and in many cases example, many organizations are meeting head on the colossal problem affecting the poor. The WASH initiative values the idea of dedicated target strikes on different areas while promoting sustainable goals for a region.

How does WASH play out specifically?

The first leg of UNICEF’s initiative deals with providing access to protected wells and piping – of gifting communities with safe underground water sources.

It is fundamental to have facilities that separate human waste from human contact. In many cases, communal latrines or open defecation is the norm, with ineffective separation of fecal matters and lack of a waste disposal units contaminating the ecosystem and general health of the village.

In many parts of the world, there is little thought given to common hygiene practices. A lack of soap, safe water or adequate washing facilities cause diseases to spread quickly. UNICEF’s wants to help change this mindset in many communities, with educational awareness being key to fighting pandemics.

So far, the results from WASH have been positive:

• Hundreds of sanitation stations have been implemented in rural countries.

• Thanks to the USAID’s assistance, WASH has managed to collect over 499 million dollars for their endeavors.

Though the global sanitation crisis isn’t going anywhere anytime soon, positive steps are being taken to address it. As more communities are educated on the importance of proper sanitation, we should expect to see continued improvements. Additionally, as infrastructure is built in these communities, some of the long term problems should slowly disappear.

People with water-borne diseases occupy more than 50% of hospital beds across the world. Does the answer lie in building more hospitals? Really, what is needed is to give them clean water.

This article first appeared on Business Connect and is reproduced with permission.