Vilified or Vaulted? How the private sector is our best hope for a more sustainable future 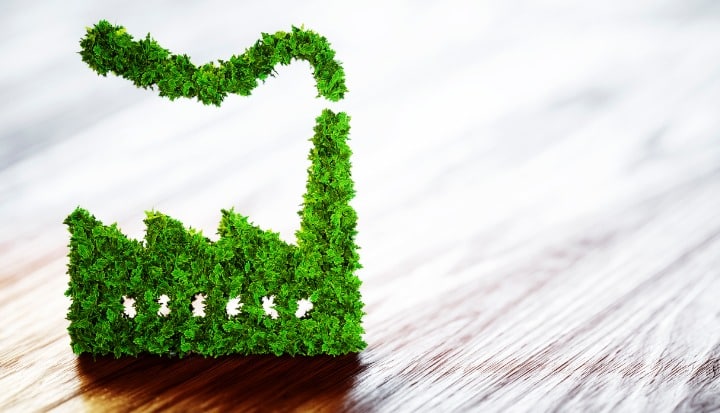 In John Pabon’s new book, “Sustainability for the Rest of Us: Your No-Bullshit, Five-Point Plan for Saving the Planet,” the pragmatic altruist thinks back on nearly two decades in the sustainability business to take a no-holds-barred, unorthodox look at what needs to change. This excerpt looks at his experience helping female factory workers in China and why he believes the private sector must lead a more sustainable future.

John Pabon Author "Sustainability for the Rest of Us: Your No-Bullshit, Five-Point Plan for Saving the Planet"

John Pabon Author "Sustainability for the Rest of Us: Your No-Bullshit, Five-Point Plan for Saving the Planet"


On the surface, those in the private sector have seemingly done a terrible job of being stewards of the environment and humanity. It seems like we’ve never evolved out of the Industrial Revolution. You’d imagine the inside of a factory at, say, Walmart to look like something from a Jacob Riis novel. And I wouldn’t blame you. The only side of the story most people have ever been exposed to is the bad one. Foxconn, Rana Plaza, Adani’s Carmichael Mine. These leave a terrible impression of the corporate relationship to the Earth.

There are thousands of corporations, though, making up for what these other companies lack. One of my favorite examples comes 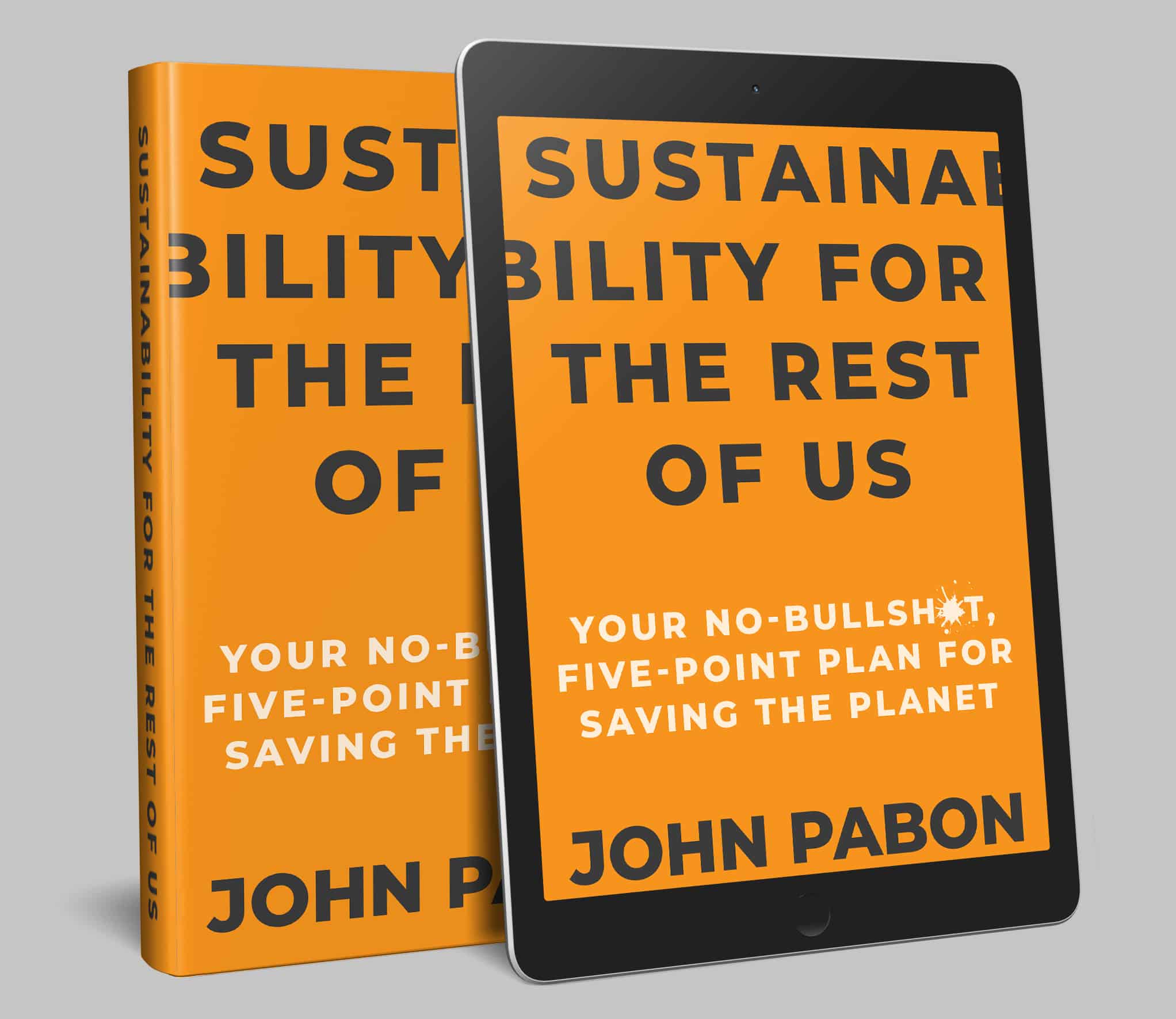 from the company most people, at least in the United States, pretend to hate the most. That company? Walmart. As a corporate operator and top of the Fortune rankings, Walmart certainly doesn’t have its hands clean. But, let’s take a trip to the southern Chinese city of Shenzhen, just across the border with Hong Kong. It’s here that Walmart’s China headquarters is based, and where most of the operations for its nearly 100 China mainland factories happens. It’s quite the operation, too. There are thousands of staff making sure things are streamlined, but more importantly there are no hiccoughs. If something goes wrong with operations here, you might not get that treasured Barbie Doll in time for Christmas.

To ensure operations continue without issue, companies across China are automating at break-neck speed. A big, evil company like Walmart would probably just lay off thousands of factory workers and put machines in their place, right? Wrong. Companies like Walmart are taking this once-in-a-lifetime opportunity not to replace workers with machines but to upskill workers for future employment opportunities. They are looking far into the future where China is no longer the world’s factory, but instead the world’s premier service provider. To get a sense of the scale of this undertaking, let’s look at one of Walmart China’s signature programs—the Women in Factories Program. As a consultant with BSR, I had the opportunity to work on this project, one which had great impact on workers.

The basic premise of the program was to help upskill female workers across Walmart’s China-based factories. It would cover topics such as on-the-job training, business and management skills, communications, and the like. The program would also cover more of the soft skills needed to be a good worker: family planning; personal finance; health, and wellness. These were all areas most women in China just didn’t learn in school. Over the eight or nine years of compulsory education in China, there is little time to teach things like personal hygiene. In a country where abortion is still considered a legitimate form of birth control, teachers don’t help students understand why this is a bad idea. Touchy cultural taboo subjects such as these are hardly ever talked about by people, much less by the government.

And, that’s where Walmart and other corporations fit in. They aren’t under the guise of the government so have much more leeway when it comes to defining what business skills employees need. That keeps the government off their backs and the programs rolling along.

From a business perspective, what’s the rationale for all of this? How can a company justify helping out their workers, especially when it seems on the surface to be a huge expenditure? Sure, it might make Walmart executives feel (and look) good to be helping out. As with anything related to sustainability and business, though, there has to be an economic imperative for change to happen. In short, how can we still make money?

Take the abortion topic, for example. When workers get abortions, they are often out sick for several days afterward. If a worker comes to realize there are other forms of contraception, and in turn get fewer abortions, then they are going to show up to work more often. This leads to lower absenteeism, especially when calculated across an entire factory. Not only that, but these women are likely to be happier psychologically and thus less stressed. When you’re happier, you’re more productive. Lower absenteeism, higher productivity, and the bonus of greater appreciation for the company mean you are going to get more work out of each worker. This means more money for the factory and Walmart. A true win-win scenario. How much of a win-win?

If you’re thinking it was small potatoes, think again. Over three-years, nearly 100,000 women across 60 major Chinese factories participated in the program. That’s 100,000 lives changed directly and countless hundreds of thousands more indirectly. This is the type of scale most governments, and certainly most NGOs, just can’t muster. That’s the power of the private sector when used as a force for good. The impact on the participants is so much more than just learning hard skills. More than 70 percent of employees said the program helped them adapt better to, and solve problems in, their personal lives and at work. A full 80 percent of factory trainers said their self-confidence and communication skills improved. That’s real impact from a company that is supposed to be Satan incarnate.

It’s not just Walmart, either. There are far more prolific programs in the fast-moving consumer goods sector positively impacting the lives of workers around the world. The Gap’s P.A.C.E. program, The HER Project sponsored by corporations like Disney, HP, and Levi’s, and Plan W from Diageo are all making a difference for millions of workers in the developing world. Some have been going on for a decade or more, operating seemingly under the radar from consumers where these products are sold. Few outside the circle of those impacted would even know such programs exist. Imagine how much more impactful these programs can be if more people knew about, and supported them? What would happen if you were able to make your purchase decision based on having this new information? How could things change? Nobody is asking you to spend more at the register to fund this stuff. It’s already happening. But as long as certain groups keep vilifying the corporations doing good, how is the average consumer supposed to know any better?

This op-ed is an adapted excerpt from John Pabon’s book, “Sustainability for the Rest of Us: Your No-Bullshit, Five-Point Plan for Saving the Planet,” out now in e-book and paperback. You can purchase a copy from retailers listed here. 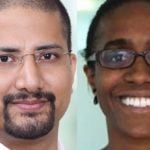