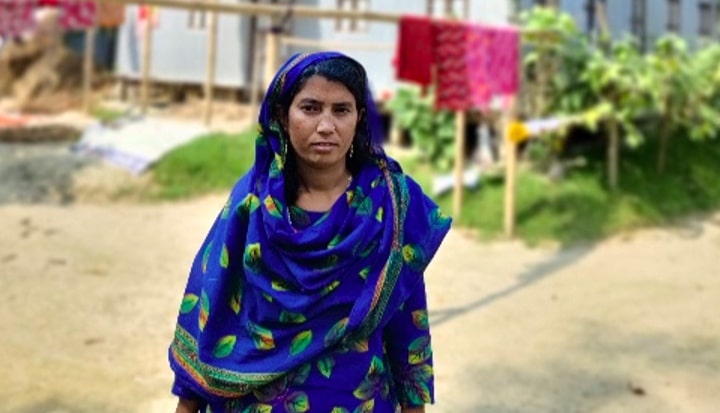 Practical Action’s purpose for almost 60 years has been to work with people living in poverty so that they can transform their lives and influence wider systems change so that the changes can be sustained and scaled. This now means that almost everything we do with communities, business or government includes dealing with the impacts of the climate crisis.


A quarter of the world’s population already faces significant flood risk, which is particularly challenging for people already living in or vulnerable to poverty. Which is why our partnership with Zurich Insurance to help change the way flood risk is understood and managed so that communities can continue to thrive is so important. Ten years ago, Practical Action and Zurich were working on flood resilience with one community in Bangladesh and now a decade later, the Zurich Flood Resilience Alliance (ZFRA) has developed so much that, together, the nine partners Concern Worldwide, the International Federation of Red Cross and Red Crescent Societies (IFRC), the International Institute for Applied Systems Analysis (IIASA), the Institute for Social and Environmental Transition (ISET-International), London School of Economics (LSE), Mercy Corps, Plan International, Practical Action and Zurich Insurance Group, are working to keep two million people safer from flooding and to get an extra $1billion invested in dealing with flood risk.

Practical Action is currently working on flood resilience with 77 flood vulnerable communities in Asia, Africa and Latin America and has continued working in Bangladesh. As Tamanna Rahman, the project manager explains, climate change is increasing the intensity and recurrence of flooding which impacts disproportionately on the most vulnerable:

I have been working with flood vulnerable communities in the South-Central District of Faridpur, Bangladesh. Faridpur district falls under the lower Ganges River floodplain and is connected by four major rivers - the Padma, Madhumati, Arial Khan, and Kuma and the communities there are recurrently flooded during the monsoon and are exposed to high flood risk.

So Practical Action has been using the ‘Flood Resilience Measurement for Communities’ tool developed by the Zurich Flood Resilience Alliance, to undertake holistic assessments of the resilience of these communities in real time. Flooding has been devastating livelihoods as crops and livestocks are lost, houses and water and sanitation facilities are damaged, and communications are disrupted. The most vulnerable people in these communities are the elderly, farmers, women, and people with disabilities.

However, where I have been working, a whole range of changes are keeping everyone, including the most vulnerable safer, and considerably reducing the loss and damage to livelihoods, homes, and livestock. Changes include the way houses, water and sanitation facilities are built, livestock is housed, and agriculture is planned and implemented.

And we have supported the introduction of an effective Flood Early Warning System which is now reaching 40,000 community members to help them take action before flooding strikes. In some cases, communities can get warnings of river water levels rising several days before floods arrive in their area, giving them time to harvest crops and move them to a safe place.

For example, Rehana Parveen, a resident of Char Nasirpur, is currently working as a local resilience agent (LRA) under the flood resilience project in Faridpur. Due to past flooding and river erosion, she’s had to move from her home three times and has lost everything because of flooding from the river Padma.

Her main source of income - sewing and rearing poultry - used to be hampered because of flooding every year, forcing her to sell the chicken and ducklings at a lower price. However, things have changed since she got engaged with the project as she has received further training and assistance in building a flood resilient poultry coop.

She is now selling eggs, chicken and ducks at a fair and reasonable price and can save, which she is investing into building her own house. And being involved in the flood resilience work has given her the confidence to become an LRA.

During flooding, Rehana receives early warning voice message and flood related information on her cell phone, and she passes it on to her community. She is also involved in search and rescue activities. This supplements the limited capacity of the local Union Disaster Management Committees. She further supports the local government in relief distribution and beneficiary list preparation, informing communities about the support they can get during the crisis period among others. As she has built her confidence and her networks with Community-based Organisations (CBOs), she has started working on women leadership, and reducing violence against women and girls. This has been possible because she is a well-known figure now in the community and has easier access to local authorities.

Bangladesh is a leader in implementing effective systems at all levels to enable communities to develop in the face of climate change. I have been working with different levels of local government and I am really pleased that they are now allocating additional budget (25%-56%) for flood resilience related spending, as well as improving delivery mechanisms so that this support reaches the communities that need it the most.

But there is still a long way to go. Flood Early Warning Systems only cover 30% of Bangladesh’s vulnerable population, so the World Meteorological Organisation’s announcement at COP27 that every person on Earth should be protected by early warning systems within five years is hugely important and we will be supporting national authorities to ensure that they meet this commitment in a way that works well for everyone, including the most vulnerable.

And of course, adaptation has its limits and the trend in climate migrants relocating from hazard-prone rural to urban areas will accelerate. This is happening in Bangladesh and all the other countries that the Zurich Flood Resilience Alliance is working in and people living in unplanned low-income and slum communities are particularly vulnerable. I am therefore really pleased that as our Alliance moves into its next phase, it will become the Climate Resilience Alliance, scaling up our work on flood resilience and building on this experience to work on a wider range of climate risks including heatwaves, wildfires, and drought.

To enable people to deal with climate risks requires a holistic approach that enhances their sources of resilience which include building social, human, natural and financial capitals as well as adapting physical assets and ensuring that there are warning and support systems in place that work for everyone.

One of the learnings from our current partnership is the power of leveraging the combined force of our advocacy, particularly with business, so that we can change the level and focus of investment so that much more money goes into reducing and managing climate related hazards and preventing them becoming disasters. Far better for the people at the frontline of climate change and far more cost-effective.

We look forward to working with more businesses as we tackle the linked challenges of poverty and climate change.

To find out more about our work as part of the Zurich Flood Resilience Alliance, please click here