TWO WEEKS IN ONE! 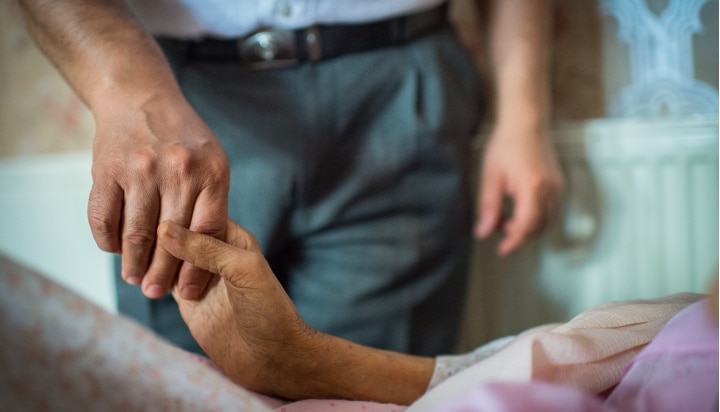 Carers Week and Global Intrapreneur Week – taking place in the same week: two weeks in one. For me though these “two weeks in one” are not just a diary clash as two of my passions – by strange coincidence – choose the same week to promote their cause. Rather, they are a stimulus to reflect on how intrapreneurism can help improve support for carers – and why, in the future, caring should inspire more social intrapreneurs.

David Grayson, Emeritus Professor of Corporate Responsibility at Cranfield School of Management and a Member of the Circle of Advisers for Business Fights Poverty

David Grayson, Emeritus Professor of Corporate Responsibility at Cranfield School of Management and a Member of the Circle of Advisers for Business Fights Poverty


For me, this coming week is two weeks in one!

Let me explain. One of my volunteering roles is as chair of the charity Carers UK. We are the co-ordinators of, and a partner in, Carers Week in the UK. This is an annual campaign to raise awareness of caring, highlight the challenges unpaid carers face and recognise the contribution they make to families and communities throughout the UK. It also helps people who don't think of themselves as having caring responsibilities to identify as carers and access much-needed support. I have written previously for Business Fights Poverty about better support for carers: “Caring for the carers” (April 1st 2020)

(There are similar Carers Weeks or Days at different times of year in several countries across the world).

This year, as many people are taking on more caring responsibilities for their relatives and friends who are disabled, ill or older and who need support, the theme of  Carers Week is “Make Caring Visible.”

This coming week is also the first ever Global Intrapreneur Week: #GIW2020 organised by my friends at the League of Intrapreneurs – for which I am also a volunteer, occasional adviser, contributor and enthusiastic cheer-leader!

GIW runs from June 8-12 and is billed as “A Celebration Of The Innovators Who Create Change From Within.”

Social intrapreneurs have recently been defined in a valuable report from the Yunus Social Business Initiative and others as:

“an entrepreneurial employee who develops a profitable new product, service or business model that creates value for society and for their business. Social intrapreneurs help their employers meet their sustainability commitments and create value for customers and communities in ways that are built to last.” (Business as Unusual – January 2020)

I have been studying the phenomenon of social intrapreneurism for the last decade, together with colleagues from the Cranfield School of Management. Indeed, several of us wrote a book on the topic back in 2014: “Social Intrapreneurism and all that Jazz.”

So, Carers Week and Global Intrapreneur Week – taking place in the same week: two weeks in one.

For me though these “two weeks in one” are not just a diary clash as two of my passions – by strange coincidence – choose the same week to promote their cause. Rather, they are a stimulus to reflect on how intrapreneurism can help improve support for carers – and why, in the future, caring should inspire more social intrapreneurs.

I did not make the connection at the time but back in 2017, I had the privilege of meeting Emma Bould. Actually, Emma was a social intrapreneur. She had been working for the UK railway infrastructure company Network Rail. Whilst at Network Rail she had taken the initiative, in her spare time and completely outside of her job description, to champion the cause of NR employees, like herself, who were juggling their job and caring for a loved one. Working carers are much more common than you might imagine. 1:7 of the average British workforce are combining job and caring. The figure is one in eight in Australia and one in six in the US.

Like social intrapreneurs across the world, Emma hadn’t just identified a problem – but she came up with a practical solution, championed it and made it happen. In her case, it was to revamp Network Rail’s policies and practices for helping their working carers and to create an employee-led network for them. (Carers networks are an increasingly popular part of employer support for their working carers as the Employers for Carers initiative has discovered).

(For a much fuller account of Emma’s story, see my 2017 book: “TAKE CARE: How to be a great employer for working carers.”)

Some estimates suggest there may be 700 million unpaid carers across the world right now. As we live longer and medical technologies enable many more people to survive into older age, the numbers of carers is going to grow. Better help and support and recognition for carers is vital to achieving fully, a number of the Sustainable Development Goals as I have argued elsewhere: Leaving No One Caring Behind (June 2018)

More immediately, as businesses across the world examine how they need to adapt to survive and simultaneously how they can rebuild better from COVID-19, Business Fights Poverty is rightly asking them to consider how best they can support those most vulnerable. I hope as part of this, they will remember unpaid carers – especially those caring for long hours over many years. Some of them will be their employees and / or their customers.

Personally, during my “two weeks in one,” I hope would-be social intrapreneurs will think about how they and their companies might help carers; and I hope businesses and other organisations participating in Carers Week, will think about how they might empower and inspire employees to take initiatives to help carers, which will thereby improve the performance of the organisations as well. I firmly believe that both Carers Week and the Global Intrapreneur Week are about making the unexpected but valuable and practical join-ups – and here is very definitely one such positive synergy.

Join Business Fights Poverty and The League of Intrapreneurs on Wednesday, 10th June (13:00 BST/08:00 EDT) to explore: Radical Collaboration – How we accelerate partnerships to rebuild better? Click here to find out more and register for the session.’