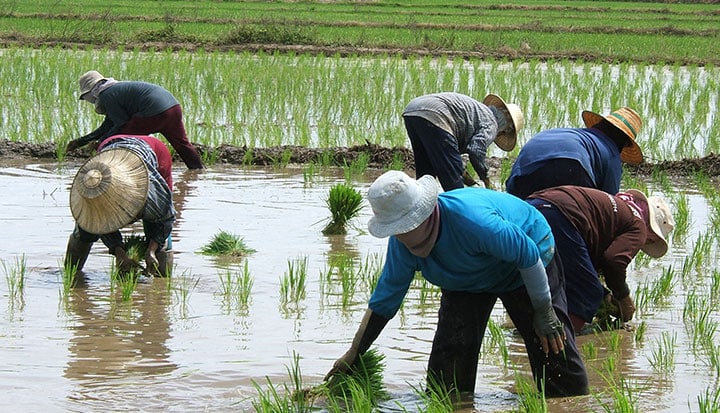 
Climate change is now at the forefront of the policy agenda. The Paris climate talks have ushered a new wave of urgency; the goal is to decarbonise the world by the second half of the century and try to remain below the 1.5-degree threshold. But in order to ensure this happens, we need everyone’s input. Crucially, we need business to pull their weight by changing their business model.

COP21 and the meaning of the climate talks

COP21 saw the unprecedented commitment from 195 countries to limit global temperature rises by cutting emissions and seriously fighting against what is now considered as the most serious threat to mankind. This is a huge turning point, as never before have all countries; large and small, rich and poor – pledged that they will fight global warming together and that the rich countries will share funds to help the poorest ones to adapt and transform their economies.

Its most important element is the highly ambitious long-term goal to hold the rise in average global temperatures to well below 2 degrees above pre-industrial levels and even to pursue efforts to limit the temperature increase to 1.5 degrees, by reaching a net zero emission in the second half of the century.

Equally importantly, sets of voluntary contributions established by the countries were handed over to UNFCCC before the meeting in Paris. These contributions, if respected, will put us in the area of below 3°C (average 2.7°C). These goals are to be revisited regularly, with regular checks and speed will be increased to put us in reach of the targets.

The Role of Business

Since COP20 in Lima, businesses have been listened to, been involved in and are now clearly seen as part of the solution. Tens of sectorial commitments have been published and there have been the large-scale presence of CEOs as never seen before.

The challenges that come next are the scalability of the solutions and the speed of the implementation. In order to overcome these challenges, we need to move away from the sole actions of ‘enlightened leaders’ – a few CEOs, heads of organisations and NGOs who have understood the importance of climate change – and now bring others, the so called main stream to the party.

Few individuals already understand that business as usual is dead, and that you cannot continue to think that natural resources are free and unlimited. The wakeup call has happened, as a lot have seen the impacts of climate change on their operations and their supply chain.

In South East Asia, for example, the effects of extreme weather and the risks they manifest are clear. From flooding to drought, these all affect the main global supply chain. Examples of this can be seen in the severe flooding in Thailand in 2011 and Typhoon Haiyan that devastated the Philippines in 2013.

Denial or failing to offset climate change risks by foregoing business strategies will be to the detriment of the interest of the company and to their stakeholders. This will make the Boards of directors non-compliant with their duties of due care and diligence because of their failure to address the correct level of risk the company is operating in.

Moving towards a new business model and long-term results

To challenge the status quo and to go further and move from risks to opportunities, businesses need to look beyond the imperative of short-term profit. For the private sector, everything will start when leaders understand that the purpose of a company is not solely to generate ‘fake’ short-term profits for shareholders. Fake, because they do not include all the costs of the services they are getting for free and the cost of the damage they are causing. Rather, they need to generate positive results that encompass long-term successes that serve all the stakeholders’ interests, i.e. you cannot make profit at the expense of society or the earth itself. This is our clear reality.

Now that the long term goals and guidelines were set out at COP21 by government, business leaders need to include them into their strategy planning.

To achieve this and bring the main stream to the party we have to work to make these INDCs legally binding, but we also need to work on the price of externalities. In this case the price of emitting GHGs, starting with the price of CO2. This is still a weakness of the Paris Agreement. The price of CO2 is absolutely necessary, as businesses have to arbitrate and make decisions in a jungle of commitments, by region, by country, by city, by sector or by company. Some are contradictory and overlapping and we will need an easier way of valuing decision consequences. A famous example is the water/energy/land nexus. How do you make arbitration between water, energy and land use? How do you rebuild the water cycle that has been destroyed by climate change and have consequences on the food production and power generation? All this, needs arbitrage between different solutions and use of resources, and this is only possible if we price correctly the different options.

Businesses are starting to take the lead. While Olam has called for leaders to commit to a global carbon tax of US$50 per tonne, the World Bank together with Corporate Leaders Group, WBCSD, CDP, and others are working toward a carbon pricing system that is robust and meaningful. Hundreds of companies are already using a price internally to orient their investment and operations.

Convincing leaders to take action to change is no longer the main issue. Unfortunately they are seeing more and more of the unacceptable consequences of ‘Business as Usual’ on our society. The issue now is the speed of the development and the size of it. Business is more important than ever in achieving this and will only survive if they change and adapt to this reality.