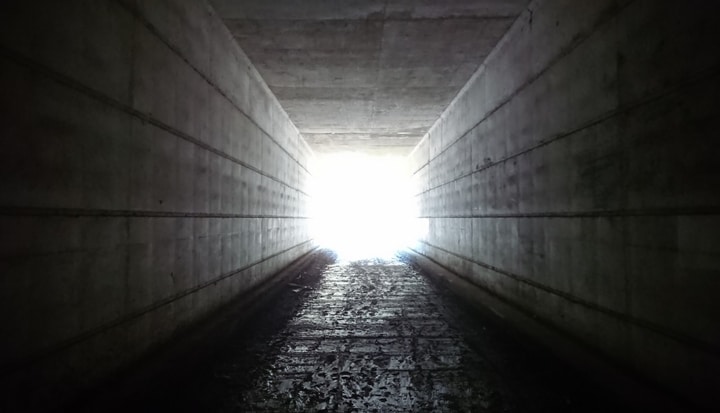 Star Trek’s Chief of Logic (COL), Spock nailed it when he said that “The needs of the many outweigh the needs of the few.” If we are bold and if we act now to change our organisations and our systems we will help ensure that future generations do that other thing the pointy-eared one said and “Live long and prosper.” ​


Sometimes the future is not hard to predict - it’s totally logical. Widely cited, Star Trek’s Chief of Logic (COL), Spock nailed it when he said that “The needs of the many outweigh the needs of the few.” If we are bold and if we act now to change our organisations and our systems we will help ensure that future generations do that other thing the pointy-eared one said and “Live long and prosper.” Some people who hold the key to realising that future seem to be finally getting the message.

A survey of fund managers responsible for a whopping $10 trillion (£7.7 trillion) say that oil companies will not remain an attractive investment unless they change. This was the headline that came out of the second report published by the UK Sustainable Investment and Finance Association (UKSIF) and its partner Climate Change Collaboration at the end of April.

Contributors to the survey included some of the biggest names in the investment field such as Legal & General, Insight, Schroders, Aviva and HSBC Global Management. Just under a third of those who took part in the survey do not “see IOC’s (integrated oil companies), as an attractive investment on any time horizon.”

At the launch of my book Core in the summer of 2017 I stated on film that I believed that:

“… businesses that are single-mindedly focused on shareholder returns are history.”

I was told by some it was a bold thing to say and I even received a Shakespearean quote about the futility of my quest to challenge the status quo from one ex-colleague. But I believed it then and almost two years later, having engaged with leading businesses, NGO’s, activists and government representatives all around the world, I believe it even more so now.

But there is hope and while many businesses will indeed choose failure over change, the conversion of some fund managers is in an indication of real progress. But right now it's only a change of mindset and still restricted to a minority, albeit a seemingly growing one.

Reading the report carefully, what is suggested is that while fund managers are acutely aware of the changing attitudes of investors, consumers and employees - like the rest of us they are hearing the increasingly alarming findings of surveys and seeing the resulting activism - they are being frustrated in two ways. Firstly, by the short-term greenwashingtactics of oil companies who are seeking to deny, delay or disrupt change. And secondly, through their own lack of knowledge about what change actually looks like for themselves. According to the report only 39% of fund managers have a public commitment to achieving the targets laid out in the Paris agreement. 13% have a private commitment and at present 47% have no commitment at all.

The fossil fuel sector is not the only one facing challenges and unfortunately climate change is not the only negative outcome of the systems we have created as the Sustainable Development Goals clearly set out.

Leaders do need to be bold to bring about the kind of radical changes required to overcome these challenges, but it doesn't need to be a leap of faith. What is required to translate mindset change into the kind of action stakeholders are demanding is an inspiring but overwhelmingly practical solution that can be implemented, monitored and measured. Single Organizing Idea (SOI®) is a proven, values led approach to business management, that challenges the norms and overturns the business practices we have developed that are killing our planet and the prospects of future generations. Crucially, it unites and equips people with the tools and belief necessary to turn words and feelings of concern into proactive, tangible outcomes.

There is hope and change is entirely possible. But the systems and rules we will need to live by to ensure that all stakeholders (human and otherwise), live long and prosper now and into the future cannot be the same ones we abide by today.

If you are serious about championing change in your business and want to learn more about how to identify, define and align your businesses from the core with a Single Organising Idea that goes beyond 'greenwashing', mere compliance or brand management inspired purpose promises, we are running short 90 minute introductions to our SOI®SparkLab program in the coming months at the following events:

Filming of first Core Dinner Debate was shot by Be Inspired Films. The interview was carried out by Forster Communications, London.

CORE was a finalist at the 2018 Business Book Awards

Filming of first Core Dinner Debate was shot by Be Inspired Films. The interview was carried out by Forster Communications, London.

CORE was a finalist at the 2018 Business Book Awards

This article was previously published on Linkedin and is reproduced with permission.