The Purpose Statement: Necessary, but Insufficient 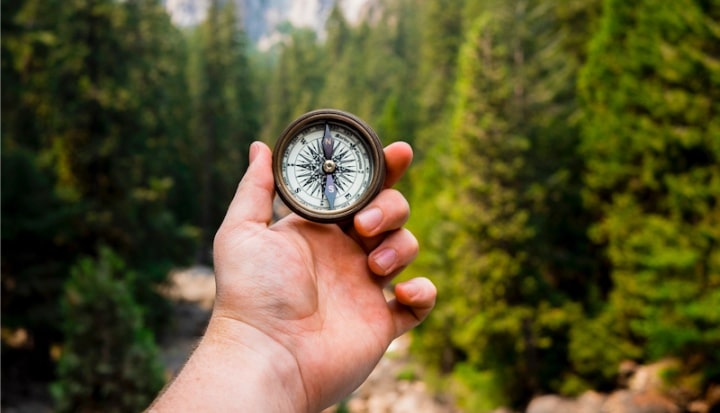 Many organisations, big and small, put a lot of work into discovering their Purpose and crafting their Purpose Statement. They’re also defining or refining their Values, as a star chart to guide the positive evolution of their culture. Done thoroughly and inclusively, this is critically important work.


Many organisations, big and small, put a lot of work into discovering their Purpose and crafting their Purpose Statement. They’re also defining or refining their Values, as a star chart to guide the positive evolution of their culture. Done thoroughly and inclusively, this is critically important work.

But my question is: will a well-crafted Purpose Statement and a sharply-defined set of Values be sufficient to (1) catalyse change in your organisation? & (2) guide decision making, drive behaviour and nurture a powerful culture over time?

My answer: on their own, almost certainly not. Why? Because it’s the individual elements can only do so much. What really gets you traction is the longer story, or ‘argument’, that brings the elements together and makes sense of them.

When you commit to make your business Purpose-driven, you’re redefining the business's ultimate goal and the nature of its relationships. You’re committing to make different kinds of decisions and trade-offs. You’re changing the ‘personal compact’ between employees and the business.

In a longer-form narrative, a leader can bring to this to life: articulating, explaining and gently coaching employees on the new priorities and obligations, new connections and consequences.

Sometimes a leader comes along who really gets this, and creates a Purpose-led narrative that becomes company folklore. I'm talking about a seminal piece of writing that either catalyses transformational change, or captures the magic of a corporate culture, or both. It’s so culture-defining that within the business it’s like the tablet of stone that’s been brought down from the mountain top. Five, ten, fifty years on it's still digested by employees, potential recruits, business school students, and possibly even passionate customers of that company.

Here are some examples.

J&J: Credo, 1943. 'We believe our first responsibility is to the patients, doctors and nurses, to mothers and fathers and all others who use our products and services...’ The Credo has stood the test of time, because it brilliantly prioritises, and describes the relationships between, the different stakeholders J&J serves. Almost eighty years on, it resonates.

Arup: The Key Speech, 1970. Design and engineering firm Arup was founded by Sir Ove Arup in 1946. By 1970 it comprised a number of independent practices around the world. With Sir Ove and other leaders coming up to retirement, he decided to capture in one (rather long) speech what he felt made Arup distinctive as an organisation. Sir Ove ‘got’ Organisational Purpose before it was a thing. Fifty years on, 'The Key Speech’ is still required reading for all new joiners.

Danone: Announcement of Dual Project, 1972. In a speech to 2,000 executives in Marseille, CEO Antoine Riboud redefined the traditional role of the business leader and announced Danone’s dual commitment to business success and social progress.

IKEA: Testament of a Furniture Dealer, 1976. 'We have decided once and for all to side with the many’, wrote IKEA Founder Ingvar Kamprad to his co-workers, soon after his company started growing internationally. 'What is good for our customers is also, in the long run, good for us. This is an objective that carries obligations.’ This relatively short text has asserted an extraordinary grip over IKEA’s culture ever since.

Patagonia: Let my People Go Surfing, 2005. OK, so not every business leader is going to capture culture and catalyse change by writing a book… but it can be very powerful. Yves Chouinard wrote in 2016: ‘the original intent in 2005 for writing Let My People Go Surfing was for it to be a philosophical manual for the employees of Patagonia. I never expected at that time that this simple book would be translated into ten languages and be used in high schools and colleges and even be influential in large corporations.'

Microsoft: emails from Satya Nadella to staff, 2014/15. Usually you wouldn’t expect emails to stand the test of time, but these are for keeps. There was the ‘Day One’ email (Feb 2014) in which Nadella answers the questions who am I, why am I here, why are we here, and what next? And sixteen months later (June 2015) he talks through Mission, Strategy and Culture. 'It starts with a belief that everyone can grow and develop; that potential is nurtured, not predetermined; and that anyone can change their mindset.’ Microsoft did change its mindset, and the world and Microsoft's stock price are better for it. Of course, Nadella subsequently authored a very good book too, but the emails provide an espresso taster of his culture-setting genius.

What makes these special?

For starters, it’s the message that counts, not the medium (choose the medium to fit your personal leadership style and strengths, and the size of the organisation). Here’s what I think these inspirational leaders are doing differently:

Please let me know what you think, below… and suggest other examples of catalytic, culture-setting genius. Happy crafting!

This article was previously published on LinkedIN and is reproduced with permission.