The Private Sector and Fragile States 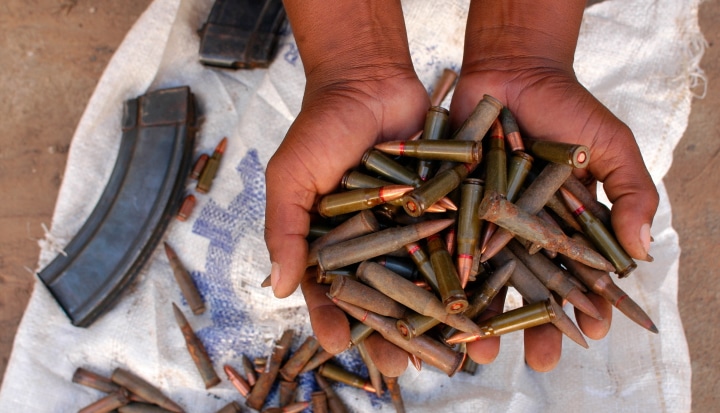 The Private Sector and Fragile States


The development conundrum facing the international community in the 21st century is the increasing number and persistence of fragile and conflict affected states. There are almost 50 fragile and conflict affected states in the world today. They are characterized by persistent conflict, poor governance, weak institutions, widespread corruption, lack of legitimacy, the inability to provide basic services to their citizens and economic dysfunction. One of the keys to resolving this puzzle is the private sector. If the private sector is made a partner in the international development enterprise, it can be a forceful driver for broad-based economic growth, peace, and stability in fragile states.

The persistence of fragile states with their attendant deficiencies pose threats to the world we live in. Diseases and refugees emanate from these countries. Corruption spreads to neighboring countries and the inability of these governments to provide security, justice and basic services to their citizens provides terrorists with a fertile workplace.

For fragile states to begin to break free from the scourge of fragility, the creation of jobs and the provision of basic services are fundamental. Studies show that violence decreases and government legitimacy increases when jobs are available and basic services are regularly provided. In these components, private sector priorities and fragile state needs converge. The private sector requires a healthy and educated workforce. And, as it builds its local value chains and searches for reliable suppliers, the private sector invests in small and medium national enterprises, which are the major employment generators in developing countries.

Resolving the conundrum of fragile states requires a whole-of-international community engagement, which builds on host country commitments and includes bilateral and multilateral donors, the NGOs, and the private sector. But the engagement with the private sector must not just be through corporate social responsibility contributions, welcome as they are, but through sustained cooperation to create jobs, expand education and health care and to promote small and medium national enterprise development. This confluence of commitments will encourage economic growth and foster peace and stability which are essential conditions to begin the transition away from state fragility.

Ambassador William Garvelink (ret’d.) is senior advisor for global policy at the International Medical Corps. A thirty year veteran of USAID, he served as U.S. ambassador to the Democratic Republic of the Congo from 2007-2009.