The other side of Big Data - Dengue Fever Prediction Models 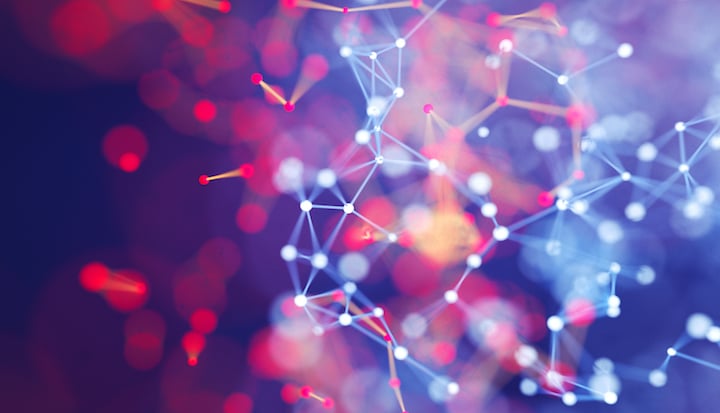 In light of recent privacy concerns around sharing one’s personal data online, Quratulain Fatima writes about how “big data” can be used for good in the healthcare industry. In addition to showcasing examples of success, this article explores some of the world’s biggest health challenges and gives recommendations for how we could overcome those.

Click here for more stories about
Impact
Friday May 18 2018


The recent scrutiny of Mark Zuckerberg and Facebook brought big data into the limelight for all the wrong reasons. When used appropriately—and with important protections for privacy—big data can be positive and it can play a major role in healthcare. This is especially true in predicting the spread of diseases.

One example is the viral disease dengue fever that spreads through mosquito bites and turns epidemic very quickly. With a 30-fold increase in global incidence over the past five decades, the World Health Organization (WHO) has named dengue fever as the most critical mosquito-borne viral disease. Every year, an estimated 390 million dengue cases are reported. Of these, around 500,000 develop into dengue hemorrhagic fever, which causes up to 25,000 deaths each year. The global estimated annual cost of dengue stands at US$8 billion, which is higher than other major infectious diseases.

Modern means of transportation and climate change have transformed the dynamics of the spread of infectious diseases like dengue and malaria. They have become more prevalent, resistant and widespread: dengue fever is present in more than 100 countries and malaria still causes one million deaths annually.

The dengue burden is likely to increase in the future owing to trends such as increased urbanization, scarce water supplies and, possibly, environmental change. The 30 countries with the highest rates of dengue include Brazil, Malaysia, Philippines, India, Honduras and Columbia. Last July, Sri Lanka faced an unprecedented outbreak of dengue and today, in 2018, Australia is facing a 20-year-high of dengue cases.

Big data can be used to curb such outbreaks by acting as early warning systems that enable health care professionals to respond more quickly. In the case of dengue, it can be effectively controlled if earlier cases are detected and treated before the disease becomes endemic. Big data models aid traditional surveillance systems and predict the spread of disease outbreaks and epidemics through algorithms, thus cost-effectively supplementing or replacing the resource-tedious traditional methods of surveys.

To understand how diseases spread requires the integration of data about how people move and travel with information about infection risk.  When tracking this, there can be a very significant difference between the patterns of diseases, like dengue, that are spread by mosquitos or other vectors and diseases like influenza or ones that are sexually transmitted.  Mathematical models help understand the impact of human movement using census or airline data and applied gravity models to scale them to global travel patterns. Mathematical prediction models use traditional data sources like climatic factors and population density as well as tweets, Human mobility patterns, Geographical Information Systems (GIS) and mobile-based data to forecast dengue outbreaks at city and country level.

I saw first-hand the way big data can work well when I was a public administrator for the city of Rawalpindi in Pakistan, frantically scrambling to control one of the country’s worst dengue outbreaks. By the summer of 2011, more than 20,000 people were diagnosed with dengue fever and two members of government along with 363 patients had died due to complications. Just one year later, models based on mobile data successfully predicted the geographic spread and time of dengue outbreaks, resulting in more vigilant health professionals, just 234 confirmed cases and no deaths.

In Malaysia, Teradata collaborated with the Multimedia University and the Ministry of Health in Malaysia to create a dengue prediction model using correlations between dengue outbreaks and meteorological events (rainfall, etc.).  It produced a dengue prediction index that was able to predict outbreaks with 80 percent success rate and resulted in a 40 percent decrease in dengue-related deaths from 2016 to 2017.

First, in developing countries, SIM cards are mostly not registered in the original owner’s name or one person may have multiple SIMs depending on package, coverage and price concerns. In some countries, like Rwanda and Kenya, mobile phone owners are not representative of the general population, being disproportionately male, educated and from larger households.

Replicability is another challenge. For example, in the case of my experiences in Pakistan, the national operators gathering these data were very challenged in efforts to capture international travel. While this was not a significant problem in Pakistan (where only two percent of the population are migrants), it can be a major issue if the model is used in a country with high incidence of cross border movements.

Moreover, using web- and mobile-based data gives rise to ethical issues. Developing countries already lack credibility when it comes to civil liberties. Giving the government and big companies such as Google and Facebook access and authority to monitor the movement of citizens can harmfully encroach upon their liberties and rights.

So, what comes next?

First, we must inform and educate the public on levels of threat so that they can be an effective part of prevention and control efforts against a dengue epidemic. Second, the big data based prediction models should enable governments to improve efforts to prevent disease through more effective control of vectors, like mosquitos, that spread disease.

Flight Lieutenant Quratulain Fatima is a policy practitioner working extensively in rural and conflict-ridden areas of Pakistan with a focus on gender inclusive development and conflict prevention. She is a 2018 Aspen New Voices Fellow. Follow her on Twitter @moodee_q