The Improv Intrapreneur: How Learning to Let Go Could Offer Important Lessons for the Intrapreneurship Movement 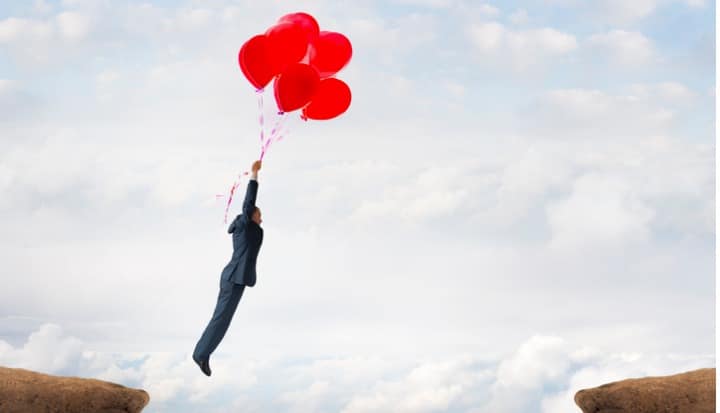 “So, what do you do for a living?” For close to 15 years, I thought I had the best job in the world. “I lead Accenture Development Partnerships, the company’s ‘not-for-loss’ business”—to be empowered as an intrapreneur working within a large corporate, surrounded by a fabulous team, was a great privilege. Corporate Purpose, when genuine, can act as a lightning rod for talent.


It was only on leaving Accenture in 2016 that I realised how defined I’d become by my role. It’s an issue that affects many of us in business. I had to discover who I was, as opposed to what I did for a living. Since then, I’ve gone to task on the promises I made myself to do when I had the time—focusing on the creative right brain. Traditional business seems obsessed with the left side. I wrote a book, took non-business travel to fascinating places, explored nature, started singing lessons, abstract art classes, and even an improv comedy course.

This may sound like a nice, gentle retirement to many—but when I read the Intrapreneurship Ecosystem guide produced by Business Fights Poverty, DfID and The League of Intrapreneurs, I discovered that my new life has far more in common with my old career than I’d imagined.

The main thrust of the report is about moving from the notion of a solitary individual fighting the corporate immune system to creating an ecosystem that enables innovation to flourish. To do this, we must embrace a world of creative disruption—by ideating, innovating and collaborating across industry verticals and across the apparent boundaries of public, private and civil society. In today’s digital world, these boundaries don’t just blur—more often than not, they will cease to exist as we create new fourth sector business models.

The report provides a roadmap, containing four key components of what it terms the internal Intrapreneurship Ecosystem: Purpose Beyond Profit, People as Change Agents, Power of We and the Generative Pipeline.

“To create an organisation that’s adaptable and innovative, people need the freedom to challenge precedent, to ‘waste’ time, to go outside of channels, to experiment, to take risks and follow their passions.”

People as Change Agents highlights a need to create new narratives around business—effectively to reimagine the corporate world for the huge challenges of the 21st century. The report suggests the need to fundamentally rethink traditional performance management processes and move from rewarding outcomes to incentivising new approaches. While newly exploring the world of art, I learned that conventional wisdom stated that paintings should be figurative—hills should look like hills, trees like trees, people like people. Then the likes of Picasso and Jackson Pollock came along and challenged the standard narrative head-on. Successful intrapreneurs have a lot in common with these pioneers. They reject the perceived wisdom as to how their business should operate and focus more on how it couldoperate. Leadership who grant their employees the opportunity to “waste time”, as Hamel puts it, may find it is, in fact, time well spent.

The Power of We explores how we break out of silos and collaborate. In this regard, there are strong parallels with my other newly discovered hobby—improv comedy. Improv is not about you as an individual trying to be funny, but instead about trying to co-create a new narrative as a team. The word “but” is banned and replaced with “yes and”. You think you’re playing a man out walking his dog, but within the space of one line you discover that you’re instead required to play the dog —or maybe an ostrich—or provide the sound effects. According to Google research, the ability to act and look stupid, to be vulnerable, is a main contributor to high-performing teams.  Improv is all about vulnerability and is far from easy—but invariably, the group comes up with new possibilities and scenarios that no single individual could have reached on their own. Similarly, co-creation requires a safe space, where the craziest ideas are not stupid—they inform new possibilities, tapping into collective intelligence and creativity within the group.

Just as Einstein said: “We cannot solve our problems at the same level of thinking that created them”, I’m convinced that the next phase of the intrapreneurship movement will be all about challenging the conventional wisdom around business—what it does, how it does it, and for whom. Companies that can create a culture that embraces risk, experimentation, time-wasting, and yes, fun, will truly unleash the power of their intrapreneurial talent on the most pressing challenges of the 21st century.

Gib Bulloch is piloting a Business Deceleration programme - a week-long retreat focused on empowering individuals to change the business world. Taking place from 18-22nd November on the beautiful and secluded Isle of Bute in Scotland, it aims to tap into people’s hidden potential for innovation, creativity and purpose.  For more information visit www.craigberoch.org