The business of sanitation – taking toilets to scale 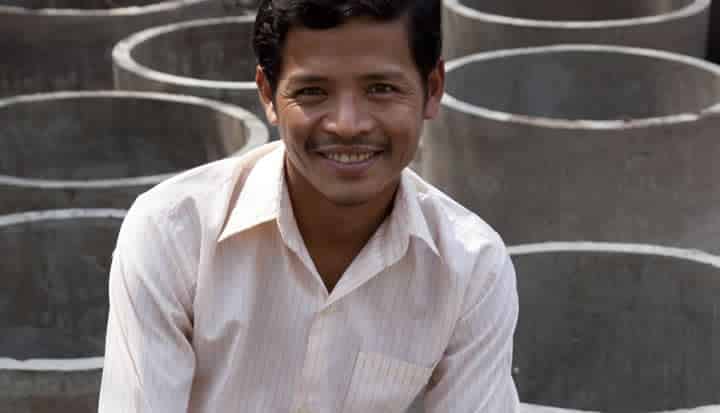 The Business of Sanitation

In a context where almost 40% of the population of the developing world - 2.5 billion people - lack access to improved sanitation facilities (WHO/UNICEF), there is in need of a practical and scalable solution that can stop one of the world’s biggest killers of children. Diaorrheal disease claims the lives of 4,000 children a day[1].

In the not so distant past, international donor agencies tried to tackle the sanitation challenge through handouts of subsidised toilets. However, donated toilets were frequently not used or fell quickly out of use as they were poorly operated and maintained.

After the realisation that providing the hardware by itself was simply not working, the sector adapted to provide ‘software’ solutions that worked on raising the awareness of poor communities in developing countries of the health and lifestyle benefits of good sanitation. Approaches such as Community Led Total Sanitation (CLTS) became popular and have since started to tackle the demand creation side of the problem.

However, a criticism then followed that once demand had been raised, the market needed to respond with a means of meeting that with adequate supply. This is where International Development Enterprises (iDE)’sapproach has introduced an intelligent, scalable and successful business model that harnesses local market supply chains to meet these new customer demands.

WSP returned to assess the impact the project had made after it was complete, to find that in the 2 full years after the pilot had ended, the increase in sanitary toilet coverage had been sustained.

In the first year of the pilot project in Cambodia,17,000 toilet sales were achieved by local enterprises and the programme is now being scaled up and taken by iDE and partners to 6 further countries around the world with support from the Gates Foundation, Stone Family Foundation and the World Bank.

The SANMARK approach has multiple successes – from a business perspective as much as a public health perspective. The stimulation of demand means an increased awareness and education about public health. Use of local supply chains through local enterprises means that it brings business and jobs to local markets. Furthermore, the intelligent use of design means that the cost of the toilet ends up being lowered to an affordable price for the poor – whilst still being profitable for producers, retailers and distributors.

Unlike past approaches, this is moving towards a sustainable business model for meeting an important public health need.

Between June 11th and 15thCordell Jacks, iDE’s Director of Water, Sanitation & Hygiene will be coming to the UK for a series of events to speak about SANMARK – the history, the successes and challenges so far and the future.

He will be speaking at WaterAid’s offices in London on Monday 11th June at 5pm. RSVP by email to Sophie Ayling or Hayley Sharp

One response to “The business of sanitation – taking toilets to scale”