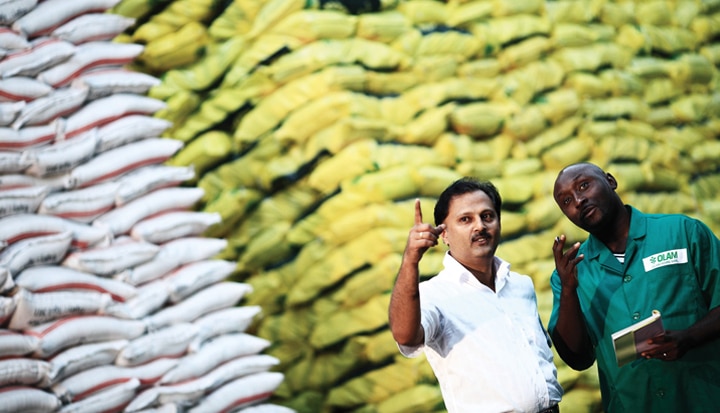 Nowhere is this more evident than with commodity trading. Quality, quantity, price, and just-in-time delivery are prerequisites for commodity trading as they have always been, but they are not enough to keep up in the marketplace today. Consumers and businesses alike can see the limits of our planet’s resources on the horizon, and sustainability and transparency are more valuable than ever. Commodity traders must recognize this and adapt.

The story of commodity trading has two sides: supply and demand. On the supply chain side, efficiency has come to dominate. Commodity trading was invented in the 19th century as globally produced goods were standardized and thus interchangeable. Standardization allowed end-users to buy, sight unseen, products that could be substituted or mixed without the need to change any formulations. Any ton of sugar was equal to any other ton of sugar. A commodity was required to meet a set of consistent physical properties like purity, standardized form, foreign matter, weights or volumes, color and moisture content. Commodity trade allowed, even encouraged, products to be mixed and co-mingled to achieve scale, albeit at the expense of traceability.

Commodity trading has allowed retailers, brands and other buyers to access previously unimagined volumes of materials. And in the face of increasing availability, global demand has responded accordingly.

The demand side of this story played out very much in tandem with the supply side until recently. Particularly in the past 20 years, demand has veered in a new direction. What happened, in a word, was awareness.

We suddenly live in a world where every person has the ability to be a journalist and an activist. Someone with a smart phone in one part of the world can film poor working conditions at a local factory, and five minutes later a person with a laptop on the other side of the world can view that footage and organize a boycott of the brands supplied by that factory.

Human rights violations and environmental degradation are no longer out-of-sight or out-of-mind. As a result, forward-thinking retailers and brands want transparency; they want to know where their products come from and how they were produced.

Indeed, even investors demand it. The asset value of companies today has shifted from 83% based on tangible assets in 1976 to 81% based on intangible assets in 2009. This shift includes brand value and reputation but also license to operate, market access, and long-term access to raw materials in an increasingly uncertain world.

This last point should be underscored. We live on a finite planet. Today, 7.3 billion people are consuming about 1.5 times what the Earth can produce. By 2050, our planet will be expected to support more than 9 billion people with greater income and twice today’s demand. Not only is there increasing uncertainty about where all the raw materials will come from, but global climate change—and its impact on planting seasons, soil moisture and organic matter—complicates matters further.

Buyers want long-term, reliable supplies in an increasingly uncertain world. They also want traceability and transparency, but they don’t want to pay built-in premiums. To accomplish this, they are willing to enter long-term contracts (where prices are not predetermined, but volumes and qualities are), pool their commitments with competitors to increase volume and reduce risks, and have more of their purchases from dedicated suppliers rather than spot market purchases.The challenge for traders sitting rather anonymously in the middle of global supply chains is the $100 billion question: how can they create a virtuous cycle where growing demand for sustainably produced goods —about $100 billion annually—can be used to leverage investments into ever more sustainable production systems?

In this context, sustainability is a pre-competitive issue. No company or sector is big enough to address all these issues by themselves; they will need to work together, along with governments and non-profit organizations, to meet increasing demand not only for more food, clothing and other goods, but also for a healthy planet on which to enjoy them. It will be a difficult journey, but we have no choice. Planetary limits are one boundary that we cannot afford to transcend.

Editor's Note: This blog was previously published on Olam's Blog and is reproduced with permission.
Previous postNext post