Managing Boundaries in an Unbalanced World 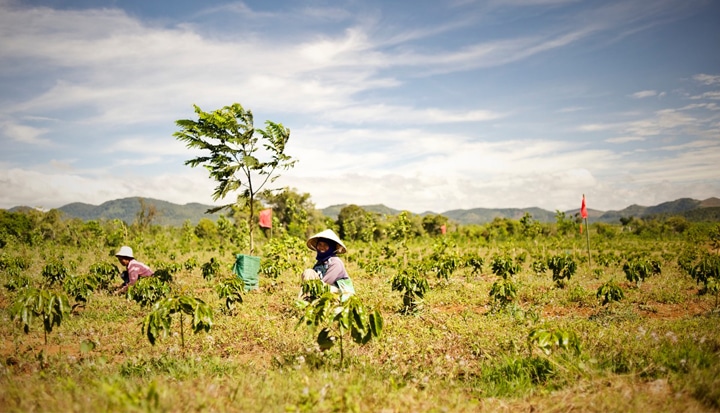 Managing Boundaries in an Unbalanced World


The global food system is a strange and twisted thing. One in eight people go hungry while one in five is overweight. A farmer in Iowa can grow ten tonnes of grain on each hectare, while most farmers in Africa struggle to harvest a single tonne. The rich countries of the world are among the largest food exporters, while the poorest countries are often net importers of food. According to the UN Food & Agricultural Organisation, developing countries have a net agricultural trade deficit of $20bn and this is forecast to grow to $45bn by 2050 on current trends.

What is the role of trade policy in evening out these imbalances? Is the answer free and open global trade in food commodities, without interference from government?

From the 1980s, this was the advice that developing countries got from the World Bank, the IMF and many western economists. They were told to dismantle their trade barriers, remove their agricultural subsidies and to rely on the world market for their food. ‘Self-sufficiency’ was derided as an old-fashioned concept, fit only for economic illiterates.

But this theory has been found wanting. For decades, North American and European subsidies led to a glut of cheap food on world markets, squeezing out less well-supported farmers. Many developing countries that abandoned support for their farmers – especially in Africa – saw agricultural productivity stall, food security worsen, and rural poverty increase, causing millions to migrate to urban slums. National food systems split in two, with an impoverished rural populace barely surviving on subsistence farming while city dwellers turned more and more to imported food.

When global food prices leapt upwards in 2008, these countries were badly exposed. The situation was made worse because many countries put in place export bans or limits to try to keep food at home and to reduce domestic prices. According to the FAO, 33 countries imposed restrictions at this time, roiling global markets further.

The spike in food prices in 2008 caused many governments to rethink. Developing countries such as Senegal, Malawi, Nigeria, Indonesia and the Philippines have announced ambitious plans to boost domestic agricultural production and to wean themselves off reliance on global markets for at least some of their food staples.

There are two reasons why these sorts of policies make sense. The first is risk mitigation. Global food prices are likely to remain higher and more volatile than previous decades. The trade policies of other countries are likely to magnify this volatility, as they tend to be pro-cyclical. There is a Prisoner’s Dilemma here. If every nation put collective interests first, there would be less need for protective measures. But in a competitive world, where most countries put their own interests first, it is rational for individual countries to do the same.

But a more important, positive reason for boosting domestic food production is that it can be a powerful engine for economic growth. Many developing countries have large areas of uncultivated or underutilised land, with soils and climates that are suitable for agriculture. There are massive yield gaps – for example, yields across sub-Saharan Africa are often 25% of what is possible. And the majority of people are found in rural areas and are dependent on agricultural for their livelihoods.

Building a vibrant agricultural sector can kick-start a virtuous cycle of development that leads to prosperity all around. It is especially beneficial to the poor: agricultural growth is twice as effective at reducing poverty as growth in other sectors of the economy. It can also accelerate the development of cities, because prosperous rural areas act as a market for industrial goods and services. As the doyen of market capitalism, Adam Smith, observed over 200 years ago, ‘the great commerce of every civilised society is that carried on between the inhabitants of the town and those of the country’.

How to do it? The first step is to put smallholders at the centre of agricultural development. With the right support, they can be highly productive. The second step is to encourage ecological farming systems that make the most efficient use of inputs and enhance natural capital.

But farmers must have the right policy environment to thrive. Most successful agricultural revolutions in the last hundred years have come about as a result of carefully executed national policies, not the invisible hand of the markets. Governments need to provide farmers with secure land tenure so they will invest in improvements. Roads, railways, storage facilities and other infrastructure are needed to link rural economies with urban centres. Farmers need the right knowledge, seeds, fertilisers, tools and access to credit.

All this may come to naught if prices are too low or volatile to encourage farmers to increase production. Many of the Asian countries that made the most progress in improving food security over the past 50 years – for example, China, Vietnam or Thailand – did so by managing international trade carefully. They used subsidies, tariffs, price controls and reserve stocks to shield local markets from international pressures and to reduce the risks for domestic farmers.

Governments have a crucial role in constructing secure, equitable food systems. But success requires good government. There are many examples of agricultural support policies going wrong because of inept or corrupt implementation, or their capture by special interests. This is one of the biggest challenges of the 21st century – getting the politics of food right.

Editor's Note: This blog was previously published on Olam's Blog and is reproduced with permission.
Previous postNext post