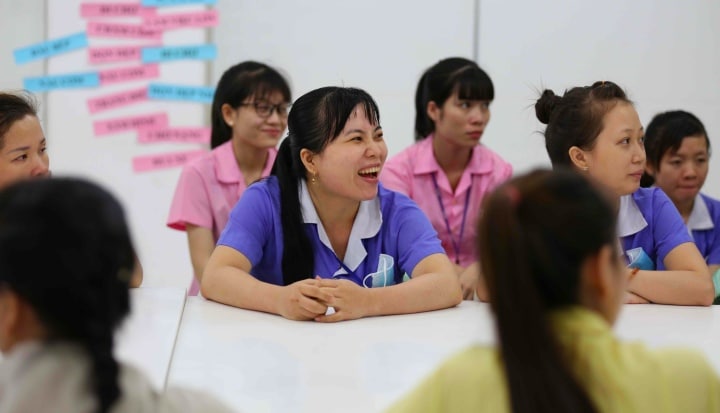 Business can offer solutions to even the most vast and complex issues: climate change, gender inequality, unyielding technological advancement, hunger and water scarcity, to name a few. On the topic of gender-based violence (GBV) – any act that is perpetrated against a person’s will and is based on gender norms and unequal power relationships – the opportunity for business to have an impact is no different.


Across the world the costs of GBV are staggering. A 2017 study on garment workers in Cambodia reported that nearly one in three female garment workers had been sexually harassed in the preceding 12 months. The resulting turnover, absenteeism and presenteeism at work cost the Cambodian garment industry the equivalent of 0.52 percent of Cambodia’s GDP, or US$89 million. Likewise in Peru, companies lost more than $6.7 billion in productivity in 2013 alone – equivalent to 3.7 percent of GDP – as a result of violence against women.

Companies can play a role in minimizing these costs in a number of ways, beginning with applying a gender lens to all business activities. Beyond providing women with reliable livelihoods and financial independence that can allow them to leave abusive relationships and situations in the first place, stronger economic power and greater contribution to household income can lead to more authority and bargaining power within marital relationships and families.

However, any time local norms on feminine submission are threatened and women take a step closer to economic autonomy, the risk of GBV emerges. A 2001 study on women microcredit loanees in Bangladesh found that violence often escalated shortly after women received credit but fell again as women gained training and employment, and as some male partners saw the benefit from improved household income. As such, while creating jobs for women and providing them with services like home and business loans takes an important step toward economic empowerment, husbands and families must also be brought into the discussion in order to prevent an unintended backlash at women’s newfound economic power.

When Bangladeshi garment company DBL Group reformulated its business model to put professional and economic empowerment of its female workers at its core, it also initiated concurrent community development and awareness programs for families of its workers to ensure support for this change among the women’s wider networks. In the past, DBL Group had experienced resistance to empowering its female workers, as this practice differed to prevailing cultural norms in the community, and such engagement has helped overcome this. At the same time, DBL Group also encouraged its existing factory supervisors to talk to the families of participants in DBL’s Female Supervisors Leadership Program – an initiative to create greater opportunities for female workers to reach managerial and supervisory roles – to encourage them to embrace the opportunity for their wife, daughter or daughter-in-law to advance professionally and demonstrate the myriad benefits that added household income means for their whole family.

While DBL Group focused on community engagement, other BCtA members are addressing GBV and harassment in the workplace itself. Gap Inc.’s P.A.C.E. program is providing women with the skills they need to assert themselves in the workplace. For many young women in Gap Inc.’s supply chain, their factory jobs are their first formal employment opportunities. Young, undereducated, and with limited exposure outside their homes, they often lack knowledge of their rights and confidence to speak to their supervisors. Such realities make them particularly vulnerable to harassment and abuse.

The P.A.C.E. program helps its female workers acquire the confidence, communication skills, and knowledge they need to improve their lives at work and at home, and moreover, to set and achieve goals for advancement. A 2013 evaluation of its P.A.C.E. program showed Gap Inc’s efforts were having a far-reaching impact. Across the board, participants reported higher levels of self-esteem, self-efficacy, work-efficacy and workplace influence. The communication skills they learned at work also translated into better communication at home, with women reporting more confidence and better ability to negotiate household work and responsibilities with their husbands and in-laws.

The factors that put women at risk of GBV vary according to the context in which they live. The examples of DBL Group and Gap Inc. show that, while company investments can help to minimize the risks of GBV, there is also no one-size-fits-all solution to tackling pervasive GBV experienced by women in a company’s value chain. Companies must take a tailored approach that addresses the lived realities of women at risk of violence. When they do, they reach that sweet spot of any socially-conscious company: a more equal, empowered society and a stronger bottom line.