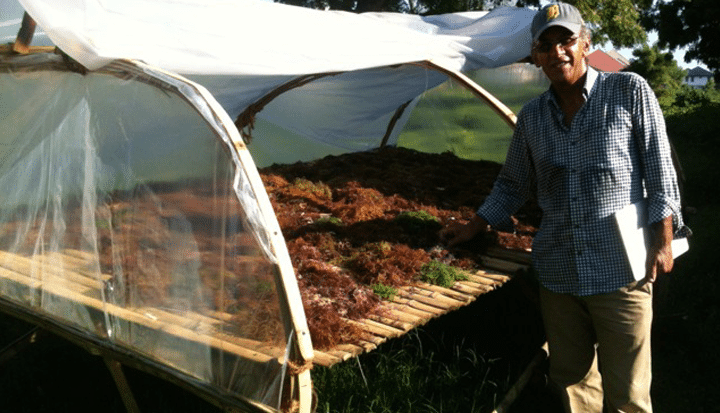 
Dar es Salaam, Dec 10th, 2015: Seaweed farming in Zanzibar is undergoing a dramatic transformation thanks to an innovative new way to dry the product during the rainy season.

Despite Zanzibar producing some of the best seaweed in the world, the industry is extremely inefficient. Production is among the lowest and cost per kilo is among the highest in the world. Farmers and women’s groups told authorities that they needed more innovative techniques to increase efficiency and reduce their hardship.

In response, the international development organization VSO joined forces with the Tanzanian Commission for Sciences and Technology (COSTECH) and the Ministry of Economic Empowerment Youth and Women and Children to address this and improve the livelihoods of these local seaweed farmers

Dr. Flower Msuya, a renowned marine biologist and seaweed expert in Zanzibar, became deeply involved in the conceptualization of this project.

“My experience told me that one of the best ways to help seaweed farmers to increase their output and income is to enable them to dry seaweed during rainy season. Rainwater damages the seaweed and they do not have the means to protect their harvest against rain,” said Dr. Msuya.

This prompted innovation to create a Solar Seaweed Dryer using locally available material that would be easy for local farmers to procure at a low cost. With special funding by TDT (Tanzanian Development Trust) the very first dryer was built at Karume Institute of Science and Technology (KIST) in Zanzibar. The first seaweed flatbed dryer is being tested through the rainy season and will later be moved to Paje, another seaweed-farming village in Unguja. Farmers have already shown that being able to dry seaweed in the rainy season can increase productivity by as much as 30%

"VSO is always looking for low cost innovative technology solutions to improve livelihoods of marginalized groups. We are very excited by the work done by Hossein and our partners and we are now looking a scaling it up to further expand the seaweed industry in Zanzibar," said Jean Van Wetter, Country Director for VSO Tanzania.

Employing over 25,000 people, 90% of whom are women, seaweed farming has been the second source of foreign income after tourism in the islands of Zanzibar since the 1930’s. Valued for its natural occurrence of the additive ‘carrageenan’, seaweed is mainly used in food, in cosmetics by the pharmaceutical industry, and in textile manufacturing. Global demand is rising, which means that over the past decade many of Zanzibar’s farmers are seeing raised standards of living and more jobs for coastal villages that previously had limited other employment opportunities.

The volunteers who supported the creation of this innovative new solar seaweed dryer were CUSO/VSO volunteer Hossein Chehrzad, and VSO’s Rose Tesha as acting project manager.

"The seaweed farmers in Zanzibar live way below the poverty line (earning $300 dollars a month on average) and they work in the harshest conditions that I’ve seen. On top of their domestic chores the women work under scorching sun, carrying back-breaking loads of seaweed as far as two miles. As a volunteer I fundraised for 100 transport barges, allowing farmers to bring over 350kgs of seaweed to the shore each trip compared to an average of 50kgs without a barge,” said Hossein Chehrzad.

One response to “Solar Seaweed Drying Transforming Lives in Zanzibar”