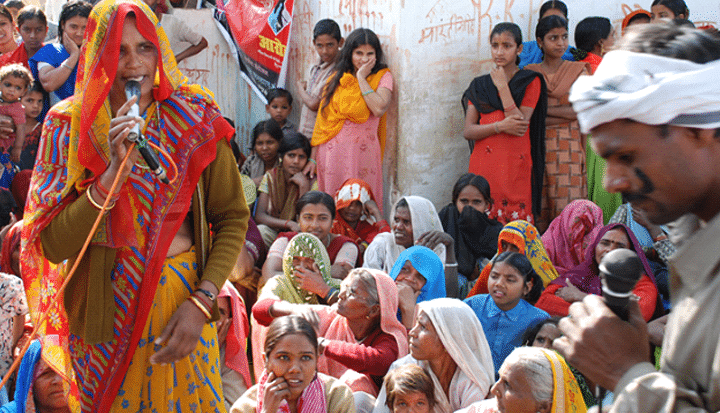 
Today Oxfam launches a major new report Even it Up: Time to End Extreme Inequality. It is the opening salvo in a new campaign to highlight the harm caused by runaway inequality and the barriers this is putting in the way of Oxfam’s mission to overcome poverty and suffering.

For the third year running, the World Economic Forum’s Global Risks survey has found ‘severe income disparity’ to be one of the top global risks for the coming decade. But Oxfam takes the view that extreme inequality is not inevitable; it is the result of political and economic choices arising from an unfettered belief in free markets and their ability to generate wealth that benefits all.

In Oxfam’s experience this is not true. Of course talent and hard work should be rewarded and innovation and enterprise encouraged, but there is a growing consensus – including at the IMF and World Bank - that inequality levels have reached a level that is both economically and socially damaging.

Business has a role to play, alongside governments, in checking and reversing this trend. In this blog, I highlight three elements of this role: a fairer tax regime, getting jobs onto a ‘higher road’ including a living wage, and promoting economic equality for women.

The race to the bottom on corporate taxation is in itself a driver of inequality. Developing countries have been encouraged to offer tax incentives to attract foreign direct investment, but this has undermined their tax base. For instance the tax exemptions authorised by the Rwandan government in 2008/09 could have been used to double health and education spending.

Furthermore, multinational companies can take advantage of the many gaps and loopholes that exist in the global tax system and get away with paying little or no tax while ordinary citizens, and in some countries donor governments, bear the burden. Lack of transparency is a major barrier in assessing whether or not companies are paying their fair share of tax. This is why we push companies to support global efforts to promote tax transparency and to be transparent about their own tax affairs by publishing key information -- such as turnover, profits, employees, assets and tax payments -- that is broken down for each country where the company operates or has subsidiaries.

International tax reform has been high on the international agenda since the 2008 financial crisis and current efforts by the G20 and OECD are aiming to curb profit shifting that erodes governments’ tax bases. But more action is needed to ensure that the international tax issues that matter most to developing countries are addressed. We ask companies to join us in calling for these badly needed reforms to the international tax system which will help governments raise the tax revenues necessary to fulfil their citizens’ rights, and provide businesses with a clear and consistent set of tax rules across all the countries in which they operate.

Getting jobs onto a ‘higher road’

Our report shows that over the last 25 years income from labour has made up a declining share of GDP across low-, middle- and high-income countries alike. Around the world, ordinary workers are taking home an ever-dwindling slice of the pie, while those at the top take more and more. In 2014, the UK’s top 100 executives took home 131 times as much as their average employee, yet only 15 of these companies have committed to pay a living wage, and only in the UK. In global supply chains, legal minimum wages are falling far short of any realistic estimate of the cost of living.

Studies led by Fairtrade have shown the minimum wage for workers picking grapes in South Africa, bananas in the Dominican Republic and tea in Malawi is just one to two thirds of a living wage – not nearly enough to meet basic needs. Some countries are following a higher road, for instance Brazil’s minimum wage rose by nearly 50 percent in real terms between 1995 and 2011, and poverty and inequality duly fell in parallel.

It is time for value in global trade to be shared more equitably. If executive bonuses can be factored into business models, why not a fair return for the people who helped generate the profits? We ask companies to ensure a living wage is paid and influence governments to set and enforce labour laws.

People often talk about a wage gap for women. This is a fact, but this is only part of the story. Oxfam has been researching the extraordinary gap in the care burden between women and men in the home. Until this changes, women have a particular need as paid workers for predictable, manageable hours on a living wage; what they don’t need is what they usually get: badly paid insecure work that makes a decent work-life balance impossible.

At a recent meeting organised by Oxfam and DFID, there was agreement by many of our most forward looking businesses, including Unilever, Tesco and Finlays that it is not possible to reduce the gender gap in employment and wages without also looking at the underlying social disparities. Employers may not want to go there, but if they are to get the best out of and do the best for their workforce they need to. In a honey growing region of Ethiopia, Oxfam found that only about 1 in 10 members of the local co-operative were women, and traced this to a rule that only one person in each family could join, which tended to be a man. In addition, it was not culturally acceptable for women to climb trees, which is where the heavy hives were traditionally placed. It took only a slight amendment to the coop’s rules, and for carpenters to make a lighter ground-based hive, to increase women’s participation: more than 1 in 4 of the coop members are now women.

As our Behind the Brands campaign has highlighted, women play a critical role in many food chains, such as cocoa in Ghana, yet training and inputs are all too often offered only to men, who are more visible. By casting a light on the role of women in their supply chains, our campaign prompted companies including Mars, Mondelez and Nestle to make commitments to remedy their oversight. We ask that more businesses take a fresh look at the roles women play in their supply chains and take action to give women impacted by their business equal opportunities to access and benefit from good quality jobs.

Profitable business and economic growth are essential elements of reducing poverty, but Oxfam’s report show that they are not, on their own, enough. We need to be more proactive if we are to ensure that this prosperity is shared by those most likely to be excluded, - the poorest.