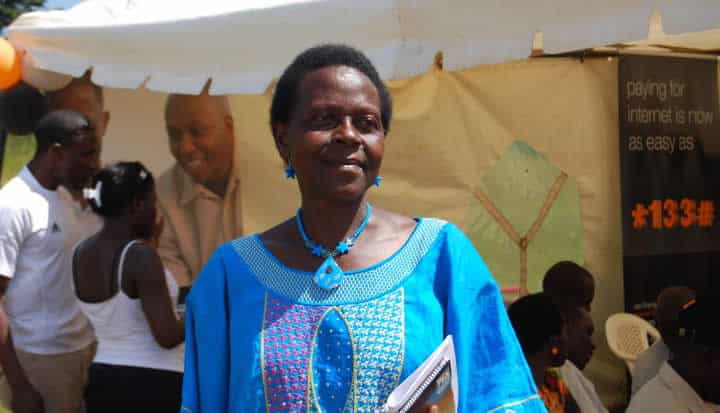 Business Fights Poverty is a proud sponsor of Villages in Action, giving people a voice at the village level.

Business Fights Poverty is a proud sponsor of Villages in Action, giving people a voice at the village level.

It has been just over a year since we held the first ever globally broadcast Villages in Action conference. We did what had previously seemed impossible and a non-factor in the development complex. We dared to build a stage for "the poor" and handed over the microphone so they could be part of the global development conversation about them. We dropped broadband internet in a village that had no running water or electricity and invited the world to engage with them.

For once, the poor had a voice. They had a face, and a smile, and a heart, ambition and dreams. But most importantly, they had a name and something to contribute to the conversation.
They were no longer a number or a statistic at the World Bank, the IMF, or a nameless person on a campaign poster of an international NGO. These were real people with stories about life in a village, and the struggles and triumphs that often go unheard. Stories that you and I can relate to.
In just a few days from now, the VIA platform returns to Kikuube village for another conference in what looks to be an event that the community is starting to look forward to annually. This year's theme will look at the role of business and technology in the village. These are two themes that emerged from last year's conversation.
Last year, we discovered many villagers who were using earnings from their small businesses to pay their children's education, build houses and buy reliable means of transport. We'll look at some of the obstacles that are keeping some of these businesses from expanding and what are the keys to success for some of the more enterprising entrepreneurs. With access to capital at village level becoming harder and harder, what are some of the viable options available to them?
We also discovered that even here in the village of 1100 people earning an average of $2 per day, there were signs of genius amongst the youth [http://villagesinaction.com/technology-in-the-village/]. The mobile phone has revolutionized how people access information and stay connected locally and globally. The village is now "glocal". 50% of Uganda's population is under the age of 15. There are now over 500 million mobile subscribers on the African continent. What does that look like in this community and what role, if any, can the youth of Kikuube village play. How can they better prepare for a connected future?
Speaking of technology, we are also excited the US State Department-sponsored Apps4Africa competition for East Africa has chosen to announce the winners at VIA12.
Additionally, talented Ugandan musician and performing artist Tshila will be performing and sharing her global success story with the young women of Kikuube.
I'd like to personally thank Business Fights Poverty for supporting us for a second year in a row and the countless individuals that have contributed either financially or through technical assistance. If you are interested in supporting the VIA platform with a small contribution, you can do so here: http://villagesinaction.com/support-2/
We encourage you to join the conversation on January 14th. If you are on Twitter, please follow the #via12 hashtag. If we do manage to get enough funding to cover the costs associated with the live broadcast, we'll post details on our blog on how you can watch the days events.
Happy New Year and thank you for your support!
Previous postNext post

2 responses to “Villages in Action”