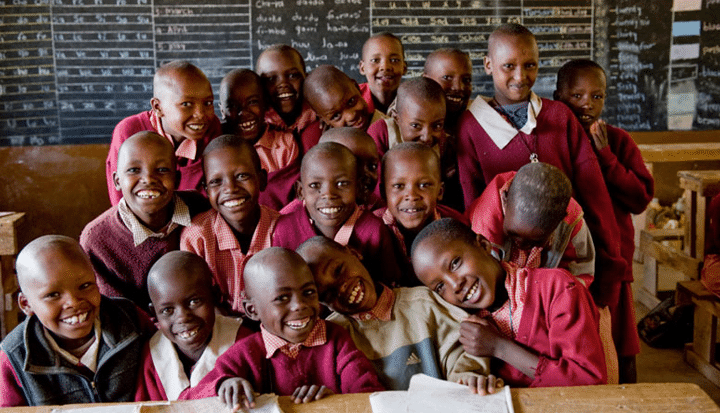 While gender norms are being challenged in the West, in many other parts of the world they are becoming further engrained. Even at a young age, gender norms can dictate the activities boys and girls are allowed to participate in.

While gender norms are being challenged in the West, in many other parts of the world they are becoming further engrained. Even at a young age, gender norms can dictate the activities boys and girls are allowed to participate in. Behaviors as simple as playing outside can be gendered, with boys exploring their environment and therefore developing dominant traits, and girls stay indoors working on domestic chores emphasizing subservience.

Understanding what shapes these behaviors is key to preventing future health risks.

Due to social pressures, boys are more likely to engage in fights, smoking, drinking and drugs. They are also more likely to die of car accidents and homicide. Girls are at higher risk for HIV, STIs, child marriage and early pregnancy. They are also more prone to gender-based violence because of gender norms which promote obedience. Since these disparities are a result of social pressures and are in no way biological, fostering gender equality to keep girls in school, avoid child marriage, delay first pregnancy and instill sexual and reproductive health rights can have a significant impact on the future health status of adolescent girls.

INFLUENCED AT A YOUNG AGE

Gender norms are so pervasive that a new study has determined that early adolescents, aged 10-14 years, fully comprehend and conform to the notion that boys and girls should act differently. At age ten, with the development of the frontal lobe, which governs reasoning and decision-making, children begin to acquire health behaviors that they will practice far into the future and will lead to differentiated levels of education and decision-making authority.

Gender norms affect the health of boys and girls in different ways. Through engaging with adolescents and their parents, the Global Early Adolescents Study, launched in 2014, gathered information on how gender norms are carried out in different societies. An element of this study was giving young people a platform to share their feelings, a critical component in attempting to help young people reach their full potential, educationally, professionally and personally. Among significant themes the study surfaced were:

Recent studies have determined that 10-14 year olds experience some of the most rapid physical and cognitive change. During the pubertal transition the brain undergoes reorganization of neural circuitry that impacts processing of emotions, risks, rewards, and social relationships. Further, in a joint study on family planning services, UNFPA and UNHCR recognized 10-14 year olds as a uniquely vulnerable age group among adolescents. For example, the risk of pregnancy related deaths is five times higher for 10-14 year olds than for girls in their twenties.

However, a majority of programs and research are still focused on older adolescents (89% target 15-19 year olds who may already be participating in unhealthy behaviors). Many publications such as UNFPA’s roadmap on harnessing the demographic dividend and UNICEF’s Gender Action Plan focus on women’s access to health care and education, however they focus less on the needs of early adolescents.

Upon review, GBCHealth sees an immense opportunity to focus research on early adolescents in Africa as the continent undergoes a rapid population growth. The continent’s population will reach 1.7 billion by 2030 with 70% of Africans expected to reach working age. Due to the emergence of recent studies and reports on this particular age group, GBCHealth believes that by committing resources to research and programs specifically for girls & boys aged 10-14, the private sector has an opportunity to substantially mitigate the harmful behaviors of young people and instead encourage them to take steps towards education, employment and empowerment.

One initiative attempting to do just this is the Sahel Women’s Empowerment and Demographic Dividend Project, a strategic partnership between UNFPA and the World Bank. High total fertility rate in the Sahel region paired with lack of family planning tools and poor access to sexual and reproductive health services make it difficult for women to achieve education and employment. Recognizing the importance of empowering adolescent girls and women in order to harness Africa’s demographic dividend, SWEDD has committed resources to a number of initiatives including:

Such initiatives should reach all girls and women in every region in Africa, especially with new information coming out on the importance of investing in essential areas for early adolescents. Studying and noting key elements that shape gendered behaviors and health choices for boys and girls will give way to enormous opportunity to go beyond preventing potential health risks and allow us to turn Africa’s demographic change into a positive force for development.