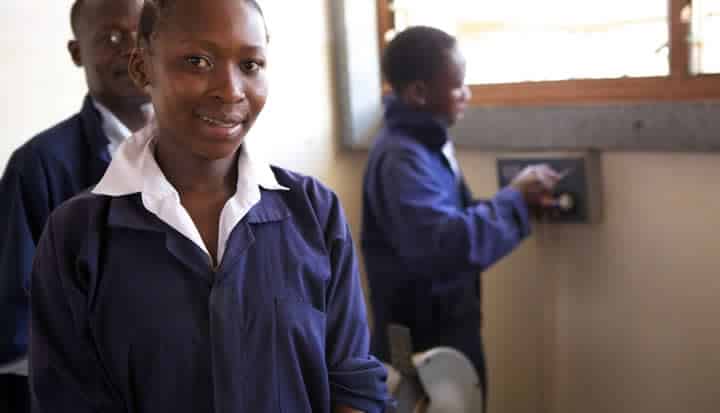 
BG Group entered Tanzania in 2010 with a genuine commitment to making a positive contribution to the lives of the Tanzanian people as much as to the country’s economy. As a world leader in natural gas with activities in more than 20 countries, we understand the importance of investing in sustainable development to ensure the socio-economic benefits from our projects flow to local communities.

In recent years Tanzania has experienced dramatic GDP growth, almost doubling from 4.1percent in 1998 to 7.4percent in 2008, with per capita GDP increasing from US $323 in 2001 to US$440 in 2008[1]. However, this has not translated into reduced poverty, which remains widespread with approximately a third of the population living on less than $1 a day[2] and 60 percent of women living in absolute poverty[3]

Poverty is particularly prevalent in rural areas, home to 75percent of the country’s population[4]. This includes the Mtwara region, where BG Group’s operations are based. In Mtwara the infrastructure is under developed, there are few jobs and limited employment opportunities. Like much of the rest of the country, Mtwara has a young population (44 percent of Tanzanians are under the age of 15 and half are under 18[5]) that is contributing to an expanding labour pool.

Tanzania, in company with many countries in Africa, is new to major gas development. The implications of the potentially large investments needed to develop the industry are not clear. Naturally, Tanzania’s government and its people have many questions: How will the country benefit?; How much gas will be produced?; What will this new industry generate in revenues to government?; How many jobs will it create and what will it mean for export earnings for our nation?; When will we see economic benefits? And over what period of time?

Tanzania is fast emerging as one of the world’s most exciting new gas provinces, but the industry is in its early days here and answers to many of these questions lie in the future. However, it is clear that Tanzania has the potential to enjoy significant economic benefits.

Yet capturing the full benefits for Tanzanians, notably improvements in living conditions at the community level, will not happen automatically. Firstly, this will depend on good macro-economic and sector governance and, secondly, a focus on ‘expanding the economic pie’ particularly at the community level. Co-operation and collaboration between companies, governments, development agencies and communities will be key.

While we have made an encouraging start with seven successful gas discoveries offshore Tanzania, we are still only in the early stages of assessing a liquefied natural gas development in Tanzania. However, we do know that the success of any project will rely on the availability of an appropriately trained workforce, and likewise the ability of local workers to access employment opportunities.

The reality is that illiteracy levels are high (31percent), formal education is low and few people have the appropriate skills or qualifications required to work in the sector. An analysis done as part of the government’s Five Year Development Plan notes that meeting the country’s estimated needs by 2015 would require at least a doubling of the annual intake of higher education students, qualifying more than double the amount of vocational-technical workers put through the Vocational and Educational Training Authority (VETA) system each year, and quadrupling the number of teachers employed.

As a key part of our approach to meeting this challenge, BG Tanzania is designing a capacity development programme aimed at supporting the Tanzanian government and private sector to build the skills needed to access the opportunities that investment in the gas sector is likely to generate. Our approach is to develop innovative pilot projects which can be scaled over time on the basis of a good understanding of the barriers and opportunities that shape the country’s skills base. Critical to this, is finding the right partners.

For BG Tanzania, VSO is an ideal partner. Not only has VSO got a long history of running successful livelihood and vocational education programmes, the organisation has worked in Tanzania for more than 50 years. VSO knows the people, the communities, the government and, in VSO Tanzania’s Country Director Jan Van Wetter, has strong leadership.

In 2012 we started a pilot project, working in partnership with VSO and the government body, VETA, to strengthen VETA’s Vocational Education Training Centre in Mtwara. This is a unique programme, designed to deliver relevant training in eight disciplines associated with the gas sector and related services. The programme aims to have at least 280 local students qualify in professions that will give them access to the employment opportunities being generated by the gas industry. The programme, formally launched in July 2012 and was inaugurated by Tanzania’s Vice President in November, had its first intake of students in January this year. Its success so far has prompted BG Tanzania and VSO to expand the programme into a neighbouring region, Lindi.

As well as strengthening the skills base of Tanzanian workers, the programme also supports VSO Tanzania’s aim of improving the lives of young women, who as a group experience relatively higher levels of poverty and tend to have lower levels of education and fewer opportunities.

During the project’s inauguration, I spoke with Amina Ramdhan Faki, a 19-year-old VETA student, who explained: “It is harder for girls, as so many get pregnant and have to leave their studies, or their parents cannot pay fees”. Yet she is optimistic. “The world is changing,” she said. “Mechanics, carpentry and welding are no longer only for men – any work can be done by anyone.”

And though Amina has two years of her electrical engineering course to complete at VETA Mtwara, she is already excited about the future. “I will feel so proud as a woman to be recognised internationally, as a vocationally skilled woman, working with international companies in Tanzania. It will give me a lot of experience.”

Working with a NGO partner like VSO helps ensure that the programme succeeds. VSO’s knowledge of local issues and extensive networks means that the programme has been specifically designed for Mtwara, with a focus on supporting local women, some of those worst affected by poverty. The programme is at an exciting stage as the first students start their training with VETA. And more exciting still, trainees like Amina will soon join Tanzania’s increasingly skilled and talented workforce.

[1]Tanzania Gender Indicators: http://www.repoa.or.tz/documents/repoa_gender_English.pdf. The figures (US $323 and US$440) mentioned are based on 2010 exchange rates.

[3] National website of the United Republic of Tanzania http://www.tanzania.go.tz/gender.html

VSO is an international development organisation which works through volunteers to tackle poverty in 33 of the world’s poorest countries. VSO is currently campaigning for the post-2015 development agenda to commit to tackling gender inequality. For more information visit: www.vso.org.uk/partnerships/corporate-sector

BG Group plc (LSE: BG.L) is a world leader in natural gas, with a strategy focused on connecting competitively priced resources to specific, high-value markets. Active in more than 20 countries on five continents, BG Group has a broad portfolio of business interests focused on exploration and production and liquefied natural gas. It combines a deep understanding of gas markets with a proven track record in finding and commercialising reserves. For further information visit: www.bg-group.com