Radical Partnerships to Give Newborns a Healthier Start 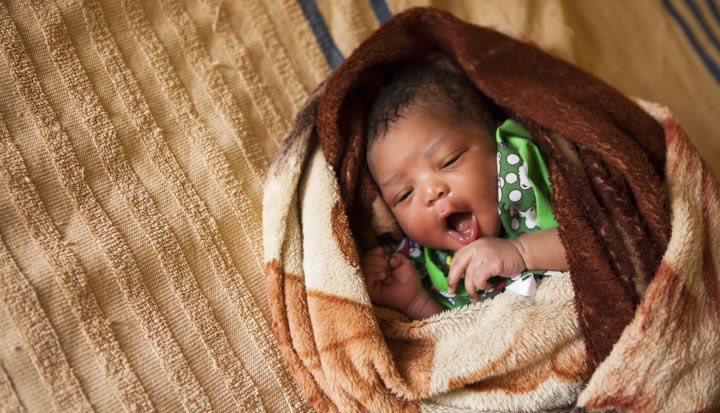 Radical Partnerships to Give Newborns a Healthier Start

Pauline Williams, GSK and Simon Wright, Save the Children

Pauline Williams, GSK and Simon Wright, Save the Children


The first month of life can be dangerous. In 2013, almost three million babies worldwide lost their lives during those initial four weeks – a quarter due to infection. Many of these deaths could be prevented if the appropriate healthcare was within reach at the right time, in the right place.

Newborn babies, wherever they live, deserve the best possible start in life. This demands innovation – not only in terms of science and technology, but in ways of working too. Giving newborn babies a healthier start is a central tenet of GSK and Save the Children’s partnership which aims to help save the lives of one million children. Some were – and remain – sceptical of a company and charity joining forces in this way. But partnerships like this, which combine complementary resources and skills, are key to ensuring vulnerable children’s rights are respected and access to healthcare improved.

One way in which partnerships can give babies a healthier beginning is through research and developing new tools to tackle childhood killers. Innovation is tough – when taking medicines from a laboratory bench to a patient’s bedside, setbacks are par for the course. Stimulating innovation can be particularly hard when the commercial returns are small or non-existent – for example when coming up with new tools to tackle healthcare challenges in poorer countries. This needs organisations to turn the usual models of research and development (R&D) on their head – to be more open and collaborative.

A number of organisations – many of which are members of the global Chlorhexidine Working Group – are striving to develop and roll out chlorhexidine products. Through our partnership, GSK and Save the Children are building on these efforts and responding to the UN challenge. GSK scientists have worked to reformulate the chlorhexidine solution found in a mouthwash into an antiseptic gel that could be applied to the freshly cut umbilical cord. Repurposing an ingredient found in a consumer health product into a medicine is in itself unusual R&D. It has brought together teams whose paths would not usually cross and it has taken the knowledge of an NGO like Save the Children to help develop an antiseptic gel that – if approved – would be usable and appropriate for developing country settings.

Save the Children’s understanding of fragile health systems and how a medicine like this might be used in the field informed GSK’s efforts to create a single-use sachet that would be robust enough to withstand long transportation without refrigeration. Also, they helped inform the development of educational materials for health workers. This is a good example of how surprising collaborations can help progress an intervention. Last week, the gel took a major step forward when GSK submitted a file of all our information on the gel for regulatory review by the European Medicines Agency. If assessed and approved by regulators, the next challenge would be how to make it available to babies who need it.

If the antiseptic gel is approved, GSK will make it available at a not-for-profit price. More importantly, it will also share the manufacturing know-how with interested manufacturers. What we are really looking forward to is when other manufacturers take on this gel and make a sustainable business out of it – this is key. Not only could this help give babies a fighting chance, but also support businesses and livelihoods. Better umbilical cord health goes beyond just medicines; it’s also about having the health systems and education in place to ensure health workers and parents have the knowledge and tools at their fingertips to care for newborns in the best possible way.

Partnerships are never straightforward. But with perseverance, openness and shared objectives, they can bear fruit. GSK and Save the Children are witnessing this in the development of a chlorhexidine gel, and in innovation more broadly. A maternal and neonatal health R&D advisory board, established at the partnership outset, gathers insight into child health and research from Save the Children and other external experts. This is progressing ideas from research into the potential benefits of sunflower seed oil on the skin to accelerate recovery in severely malnourished infants to reformulating antibiotics for small babies. These are still nascent ideas, but show the potential for partnerships to foster unusual ideas and alliances that could ultimately give newborns a chance to thrive.

Soofi S et al. Topical application of chlorhexidine to neonatal umbilical cords for prevention of omphalitis and neonatal mortality in a rural district of Pakistan: a community-based, cluster-randomised trial. Lancet 2012;379(9820):1029-1036