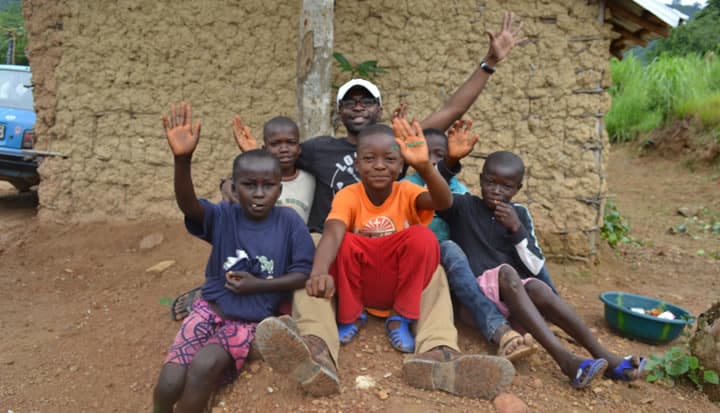 The UN’s Sustainable Development Goals (SDGs come into effect on January 1, 2016 and run through to the end of 2030 and are a set of goals that all member states will use to frame their political and economic policies over the next 15 years. Under each of the 17 SDGs there are dozens of ‘targets’, dealing with poverty eradication, education, health, child mortality and environmental sustainability. The last one, the seventeenth, is about strengthening and revitalizing “the global partnership for sustainable development.”

Of the 19 different targets under this goal, third from the end is this: “Encourage and promote effective public, public-private and civil society partnerships, building on the experience and resourcing strategies of partnerships.” The wording is not unfamiliar, but practical, working examples that could have a direct impact on the higher level goals of ending poverty and hunger, promoting health, education and environmental sustainability, are thin on the ground in many of the poorest parts of the world.

The last place you might expect to find an example of this sort of partnership would be remote Kono District in Sierra Leone, or the desperately poor rural areas around Mubuji-Mayi, half way across Africa in the middle of the Democratic Republic of Congo (DRC). What these two areas have in common, in addition to a legacy of violent civil war and gruelling, deep-seated poverty, is diamonds. They also have new projects that are beginning to demonstrate that when civil society, governments and companies put their heads together, amazing things can happen.

Most of the world’s diamonds are found in deep kimberlite ‘pipes’. Establishing a kimberlite diamond open-pit or underground mine, as in Botswana or Russia or Canada, is a high-tech, capital-intensive business. But some diamonds – 16% of the annual total by value – are alluvial in nature, close to the earth’s surface, and mined by ‘artisans’ or ‘diggers’. These alluvial diamonds, scattered across hundreds of square miles, require little more investment than a shovel, a sieve, a strong back and time.

Artisanal alluvial diamond mining, which takes place in 18 countries of Africa and South America, is dirty, unsafe, unhealthy and environmentally destructive work. Most of the 1.5 million diggers in Africa earn less than $2 a day, and many earn half that. Unregulated, often unnoticed and vulnerable to every imaginable kind of predator, the people who dig for alluvial diamonds and their operations in Angola, DRC, Sierra Leone and Liberia were the epicentre of the wars that wracked those countries during the 1990s and into the 2000s.

The Kimberley Process (KP) Certification Scheme, which came on stream in 2003, regulates the international trade in rough diamonds, but the KP is about regulation and has nothing to say about how diamonds are mined. The Kimberley Process, however, provided a model. It is a tripartite arrangement that brings governments, industry and civil society together in its regulatory activity. Taking a leaf from that approach, the Diamond Development Initiative (DDI) was created in 2008 to tackle the development challenge. DDI’s core thesis is that until something could be done about the chaos, the miserable working conditions, the child miners and the environmental damage that was rampant across the diamond fields, diamonds would continue to be a liability for these countries, rather than the asset they are for others.

Another of DDI’s core tenets is replication and scale. There was no doubt that with enough money and talent, wonderful little ‘pilots’ and ‘model projects’ could be created. But if they were not economically and socially replicable, they would have little impact on the problem. DDI understood that to achieve scale and replication, its efforts would have to make sense not only for the diggers themselves, but for their communities and for their governments, And, for this to happen, local civil society organisations would be essential to the mix. Most importantly, where a product that ends up in jewellery is concerned, the diamond industry – from mining through cutting and polishing to retail – was also an essential ingredient.

In the Democratic Republic of Congo, DDI started by consulting miners and working with local governments with funding from the Canadian government, the World Bank and several prominent industry firms: De Beers, BHP Billiton, Tiffany & Co. and Cartier. The aim at first was to simply find and register miners, bringing them into the formal sector and ending the practice of treating them like criminals. The government discovered that lower registration fees and local administration produced more revenue and better information than high fees and a centralized system. A project to register 10,000 miners – to everyone’s amazement – registered more than 100,000 in less than a year.

In Sierra Leone, DDI has a project to produce diamonds under safe, fair and environmentally sound conditions, and to create a closely regulated chain of custody for these diamonds through the normal diamond pipeline to retailers who are eager to offer this kind of ethical product. The project was interrupted by the Ebola crisis, when once again the diamond fields were ignored, as so often in the past. Support from the German government and De Beers enabled DDI to provide food, sanitation and clean water, essential to the confidence required for a re-launch of the main project in September 2015.

DDI has begun to work with artisanal miners in other fields: gold, tin, tungsten and tantalum, all fraught with similar problems and histories of violence and warlordism. At the request of the government of Tanzania it has begun to examine the problems of those who dig for Tanzanite, another valuable gemstone. DDI found that children were often taken to the mines by their parents because there was no school and no alternative. The solution? Instead of sending children to school, DDI is sending schools to children: mobile schools with specially compressed courses aimed at getting kids from the primary to the secondary level in a short space of time. The first schools were sponsored by the Diamond Empowerment Fund and two retail firms, one large – Signet Jewellers – and one small, Brilliant Earth.

DDI is a charitable organisation with an edge. Its international board of directors includes individuals from Africa, North America, Europe and Australia. Several have experience across the diamond industry, but DDI is not a creation of industry. Other board members have backgrounds in civil society, international development, human rights and academia. The board, like the organisation, its work and basic principles, brings together a range of talents and interests to deal with the fundamentals of a problem that, for a time, was central to the worst kind of tragedy ever seen.

DDI is an example of what can be done when governments, civil society and business work together to address complex and seemingly intractable issues. It is puts meat on the bones of the last, but not least, of the Sustainable Development Goals: key partnerships to achieve the other essential goals dealing with health, education, environment and poverty.

Rory More O’Ferrall is a founder director and Honorary Vice Chairman of the Diamond Development Initiative. He served for 36 years in the international diamond industry and was Director External Affairs for the De Beers Group of Companies.

This blog was previously published on the RSA blog and is reproduced with permission.