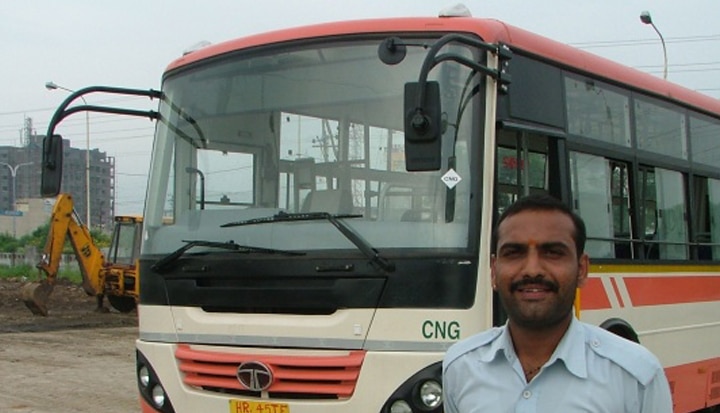 
Transport demand in most Indian cities has increased substantially. This is due to both natural population increases and migration from rural areas and smaller towns.*

Ujjain in Madhya Pradesh has a typically poor public transport system that holds back economic development.

When CDC visited Ujjain in 2010 one traveller told the team:

“The tempos (private taxis) are terribly uncomfortable, the drivers are rude and they don’t drive well at all. There’s no timetable, they only leave when they’re full. It’s impossible to plan anything at all when you use them. It’s really not acceptable for women either.”

In 2008 CDC committed US$20m to AFP I, advised by Ambit Pragma, an Indian fund manager with experience of logistics and infrastructure services investments. Drawing on local knowledge and sector experience Ambit identified Prasanna Purple as having potential to transform city bus transport in several Indian cities.

Run by a family entrepreneur with over 25 years of experience in the inter-city bus business, Prasanna is building a business offering modern bus transport in several Indian cities. The capital from CDC is helping Prasanna expand to reach more cities and increase the frequency of its services.

In Ujjain, a Prasanna manager said:

“Because of the bus system, transportation has improved a lot. This means people from outlying villages are easily able to come to Ujjain, so there is a lot more economic activity in the town.”

“A town will grow if it has good transportation. People are able to reach their destinations on time. Everyone can plan and be on time for work. The city becomes efficient and productive.”

In 2010 Prasanna Purple now has more than 400 vehicles and over 1,500 employees, operating from a network of offices. Crucially, the bus company also has a healthy balance sheet, thus ensuring that the connections, service and jobs it provides will remain long after CDC has realised its investment.