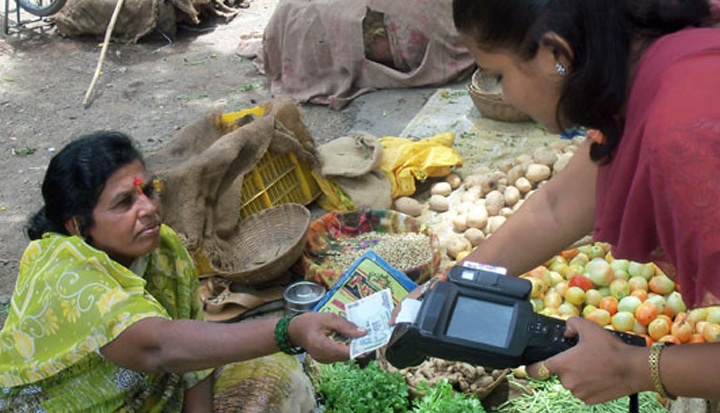 
In India approximately 75% of poor people live in rural areas and face limited employment opportunities outside the agricultural sector*. Access to financial services will help people move out of poverty, but the geographical challenges in bringing banking to a large rural population are significant. There are currently 180 million people in India who have the credit history and financial stability to be eligible for a bank account but who remain unbanked**.

In February 2008 CDC committed US$20m to the VenturEast Proactive Fund, a fund that makes investments in early-to-growth stage technology businesses. The fund manager has since invested US$3.5m in Atyati, a company that has developed technology to bring government and financial services to rural and semi-urban areas.

It is too expensive for government or banks to have a ‘bricks and mortar’ presence across India’s vast rural population, but the Atyati technology platform, called ‘Ganaseva’, allows the Indian government and banks to administer financial services remotely, with significantly reduced transaction costs. For example, the government now uses Atyati to distribute monthly pension payments in Andhra Pradesh. Several banks have also contracted Atyati firms to extend the reach of their services to rural areas.

CDC’s investment has allowed Atyati to roll out its technology to reach thousands of villages in poor states such as Andhra Pradesh, Uttar Pradesh and Bihar. While the Ganaseva platform does not require an office network it does require a network of agents to operate the technology, creating significant employment opportunities. As well as 60 direct employees, Atyati has indirectly recruited over 3,500 people by working with hundreds of not-for-profit organisations and self-help groups in rural areas. In exchange for a share of revenue, they use their local knowledge to recruit Atyati ‘agents’ who are trained to administer pension payments and bank services.

Basic services like insurance are unavailable at remote locations due to lack of information and poor connectivity. CDC’s investment has helped Atyati roll out technology that ensures more equitable distribution of government benefits.