OPHI is a research and policy center at the Oxford Department of International Development at the University of Oxford. It created the Multidimensional Poverty Index (MPI), which is a way of measuring poverty in all its dimensions. Poverty everywhere in the world is measured by income. But income is not a good proxy for poverty. The poor suffer from multiple deprivations at the same time.  To tackle this reality, OPHI developed the Alkire Foster method to measure poverty in its social dimensions, such as education, health, and housing. The MPI is now used at the global level by the international agencies, at the national level by many country governments and now by the private sector. 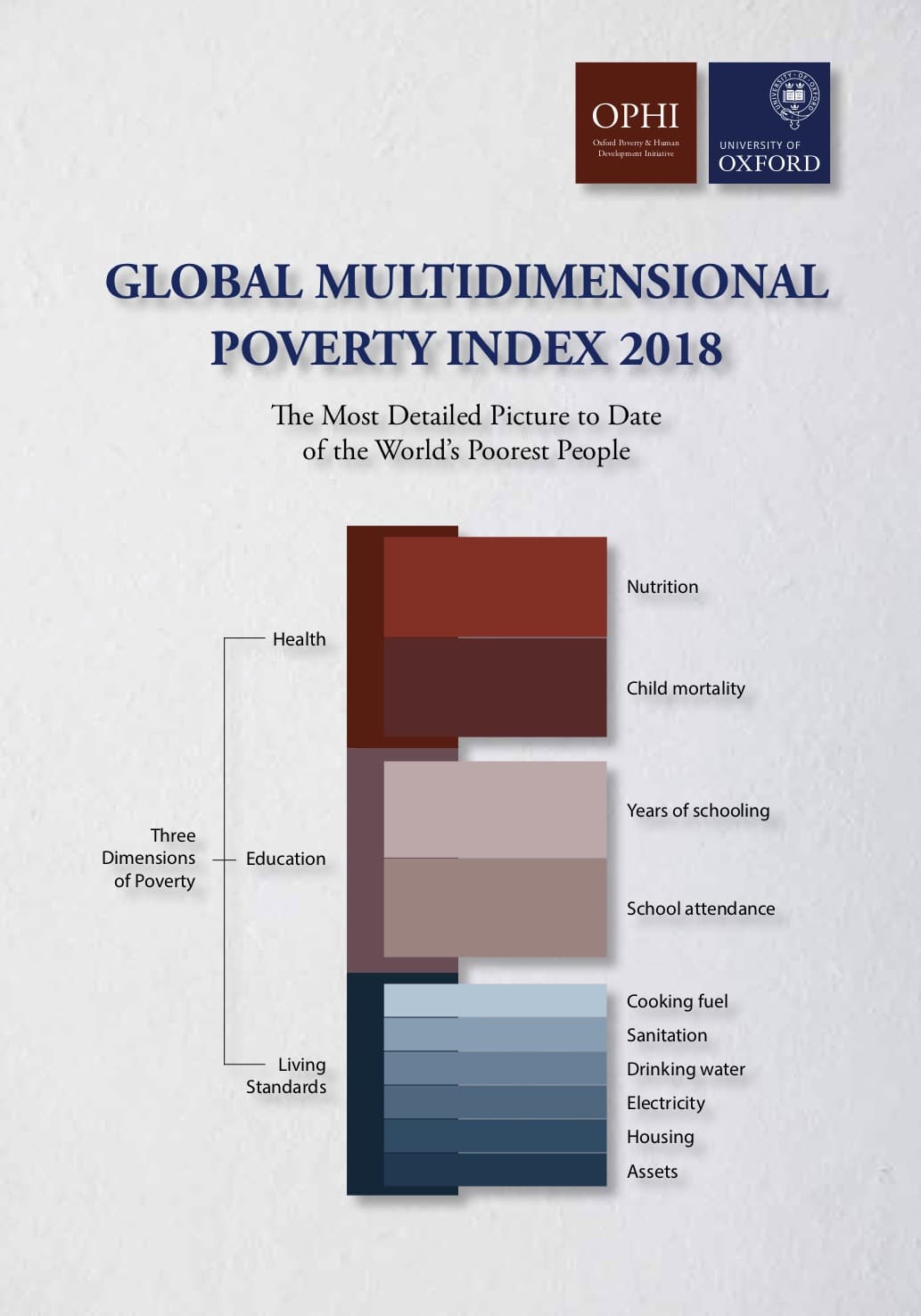 At the national level, OPHI works with the national governments to create a National MPI based on each country’s definition of social poverty. Oxford cannot define the poverty of Bangladesh or the poverty of Colombia or of Sierra Leone.  Each government comes up with its definition of poverty based on the social aspects that they think are crucial in their country. Common dimensions of the index are education, health, and public infrastructures such as electricity and water.

What is striking is that the multi-dimensionally poor live in every country. Most live in middle-income countries such as India and Nigeria, rather than in low-income countries.  At the national level there are now 22 countries with official MPI measures and 58 countries in the Multidimensional Poverty Peer Network—a network run out of OPHI and bringing together ministers from countries from throughout the world that are working on multidimensional poverty.

What is brand new is that Alkire Foster method is now being applied by the private sector. Two years ago, OPHI got a call from the CEO of the largest bank in Central America, BAC Credomatic.  He asked, “Do you think there are any poor people in my bank?”  After applying the MPI survey to its employees, using the same indicators as the national MPI of Costa Rica, BAC found that 12% of its employees and their immediate families were multi-dimensionally poor. They were poor in housing; they were poor because their family members couldn't get work; they were poor because of health, severe indebtedness, etc. Based on that initial experience with a Costa Rican partner Horizonte Positivo, OPHI decided to launch a multidimensional poverty index focused on business, the Business Multidimensional Poverty Index (bMPI).

To handle this new program OPHI established the first social enterprise spin out company in the history of the University of Oxford-- sOPHIa Oxford. Its goal is to provide businesses with tools to measure and respond to poverty amongst their employees and their families, contractors, and in their supply chain.  Companies then implement initiatives on their own or in partnership with government on issues such as credit education, childcare support, education programs, access to medical attention, and housing solutions, among others.

In addition, sOPHIa plans to offer companies the ability to be audited to verify that they have met standards in implementing the Business Multidimensional Poverty Index and programs to impact the poverty of employees. Companies meeting the standards will receive a seal to demonstrate their commitment to ending poverty.

We have modeled the Business Multidimensional Poverty Index (bMPI) on the pilot program in Costa Rica. Our local partner, Horizonte Positivo, a business association, is now working with 42 businesses. Over the last two years it has shown clearly that the business that measures the poverty of its employees and does something about it, ends up with better, more efficient, and more effective employees.

sOPHIa Oxford is expanding from Costa Rica to other countries.  The goal is to have the Business Multidimensional Poverty Index become standard operating procedure for business, joining the global MPI and the National MPI. These are global complementary tools to focus international agencies, national governments and the private sector on similar indicators of social poverty so that SDG 1.2 is fully met and no one is left behind, in rich, middle income and poor countries.

Jamie Coats, President of sOPHIa Oxford, will be giving a Business Fights Poverty Connection Lunch session on lessons from Colombian Government’s use of Multidimensional Poverty Indexes and how such approach can be used by business.

The Session will explore: