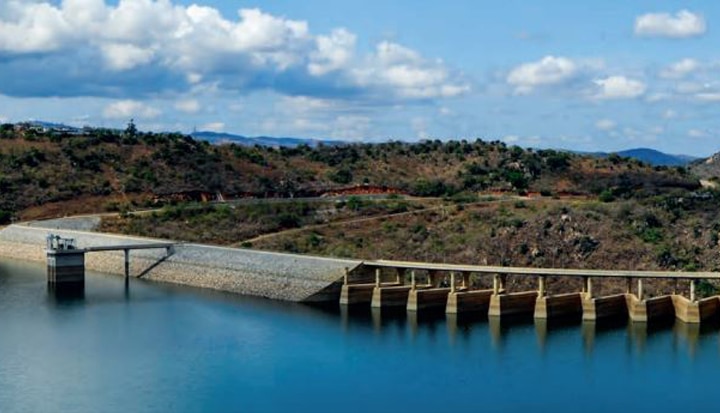 
It is clear that Africa has a very large shortfall in its power infrastructure. Although the continent accounts for a sixth of the world’s population, it generates only 4 per cent of its electricity. As many as 600 million people are without electricity, and 30 countries face routine power shortages. This has a huge impact on society and on economies. Lack of access to regular, affordable energy in Africa, is widely cited as one of the main constraints to doing business by small and large enterprises alike.

Overcoming the region’s power gap is estimated to cost around $100 billion per year – more than 10 per cent of the GDP of the continent. Around half of that cost will come in unlocking inefficiencies in infrastructure; and the balance will be in new capital expenditure. These short-comings, coupled with the high cost of building new infrastructure, has sometimes undermined the commercial viability of projects.
The public sector cannot carry this responsibility alone, and thus its imperative for private sector investors to get involved and partner for a brighter future.
Historically, investments into African power infrastructure have stalled due to obstacles such as inadequate legal and regulatory frameworks, and the perception of political risks. These have made it difficult for private sector investors and lenders to take full ownership of certain risks in the countries they wish to invest in. Inefficiencies in the existing infrastructure, coupled with the high cost of building new infrastructure, are also major stumbling blocks which have been known to undermine the commercial viability of projects.
‘Power Africa’ was launched in 2013 by President Obama to address these specific constraints, and unlock investment values. This is a five-year, multi-stakeholder partnership between the governments of the United States, Ethiopia, Ghana, Kenya, Tanzania and Nigeria, along with private sector and multilateral institutions.
Collectively, this partnership aims to deliver more than 30,000 MW of cleaner, more efficient electricity to millions of homes and business across the continent. More than $20 billion of support has already been mobilised from private sector partners for new power projects and partners have already concluded enough projects to generate over 4,000MW of electricity, and another 15,000MW will be generated from the current list of projects in the planning stage.
Standard Chartered is one of the largest private sector contributors to the Power Africa initiative through advisory, financing, debt structuring services and policy framework development. In 2014 we increased our commitment from $2 billion to $5 billion, which we anticipate will bring more than 7,500MW of the collective power commitment into African grids.
There have been attempts to bridge Africa’s electricity gap before, but Power Africa represents a far more focused, coordinated effort than we have seen in the past. Traditionally, in a true public-private partnership there is a very fine line between equitable risk allocation between public and private sector – the right party should assume risks that it is best able to manage and influence.
Working closely with the World Bank and other multilateral institutions, Standard Chartered has taken proactive steps to put risk mitigation mechanisms in place, which encourage a more equitable balance of risk-sharing between the public and private sectors.
Further investment is being unlocked through the provision of investment guarantees and po-litical risk insurance to address international investors concerns over complexity and long tenors associated with greenfield infrastructure projects in frontier markets.
We are now seeing similar successful models being rolled out across the continent. Nigeria, for example, has remained committed to privatising its power sector and has now attracted billions of dollars in investment. We are proudly advising and funding the development of the Azura-Edo project, the country’s first-ever privately-funded power plant, which now provides a blueprint for other independent power projects (IPP’s) to replicate and secure sustainable investment flows for long term productivity.
As a financial institution with a history of over 150 years, and active across 16 African markets, Power Africa has deepened our already strong relationships with multilateral financial institutions, who play a critical role in the development of power and other infrastructure across Africa.
We are now witnessing countries make exciting new discoveries of natural resources, which adds further incentive to growing power generation. In Nigeria, Ghana, Tanzania and Mozambique we are seeing newly-found, or newly-leveraged gas resources driving investment in power. The same is true of hydropower in Zambia, Cameroon and Ethiopia and geothermal energy in Kenya. Countries are at last beginning to leverage their natural resources to unlock their potential and break down barriers to economic growth and job creation.
With the right catalytic investments and dynamic partnerships, the next decade of Africa’s economic development could be driven by infrastructure, rather than constrained by it. Initiatives like Power Africa show that there is worldwide support from the public and private sector to help move this change forwards.