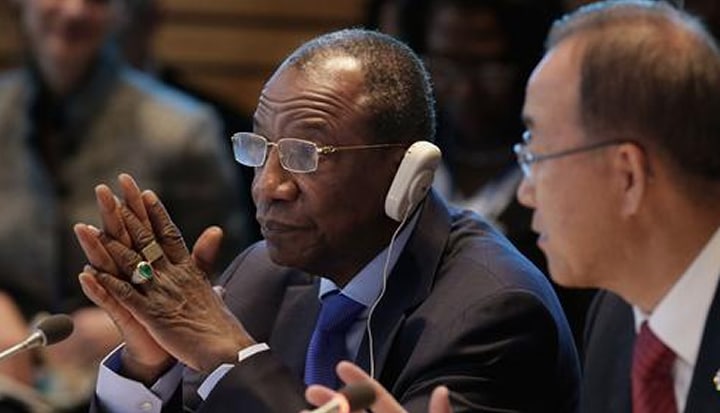 Adrienne Klasa, This is Africa

Adrienne Klasa, This is Africa

The economic impacts of the virus, which continues to spread rapidly in the three worst affected countries of Liberia, Sierra Leone and Guinea, have already lopped several percentage points off of growth projections across the region.

A 7 October report by the World Bank estimates that the loss in GDP for 2014 to the three worst-affected countries will be worth $359m cumulatively. Should the epidemic spread to neighboring countries, the impact could reach $32.6bn by the end of 2015 – equivalent to 2.5 times the 2013 GDP of the three countries combined.

Yet perceptions of risk about Ebola may be exaggerating and exacerbating the magnitude of its economic impact. Alarmist rhetoric abounds. On 13 October, World Health Organization (WHO) head Margaret Chan claimed that Ebola “could lead to failed states” in the west African countries battling the epidemic.

“Ebola, unfortunately, is a big question mark” for investment into the continent, Carlos Lopes, the head of the UN Economic Commission for Africa says. Speaking on the sidelines of a recent conference at the OECD in Paris, he believes this is largely due to the “the contagious perception effect, rather than the contagious pandemic effect” of the virus.

Whereas foreign investment into Africa topped $50bn in 2013 - up 5 percent on the previous year and defying global trends - numbers for 2014-2015 are less certain on the back of the disease’s spread. The death toll has topped 4500 so far, according to the World Health Organisation (WHO).

Yet despite these dire predictions, Liberia, Guinea and Sierra Leone are together home to some 21 million people - out of an estimated 1.1 billion for the continent as a whole. Their economies constitute less than 1 percent of Africa’s overall output.

“The market fundamentals have not changed in Africa. Even if these three countries did not exist, the trends would be exactly the same because they do not count much - but that is not the perception that many people associate,” Mr Lopes says.

Reputation is a high stakes game for Africa. Narratives about the region have a tendency to be monolithic. Until recently, it was perceived as a continent plagued by poverty, bad governance and disease - a high risk environment that was neglected but all but the hardiest ‘frontier’ investors. In the past few years, the Africa ‘rising’ narrative has dominated, buoyed by strong growth figures and consequent investor interest.

The outbreak of Ebola, therefore, becomes an account not just of the three badly affected countries in western Africa, but the continent as a whole, according to Nkosazana Dlamini-Zuma, chair of the African Union Commission.

“I think the problem with the narrative about Africa is that we tend to make it one storyline,” Ms Dlamini-Zuma says.

“Africa is 54 countries, 51 of those countries do not have Ebola. They have lots of other storylines. But now the world is just looking at the storyline on Ebola, and therefore making conclusions that it is a setback for Africa.”

What the impacts of Ebola do indicate - whether medical, economic or reputational - is the fragility of Africa’s perceived ‘rise’, and the long road of development and institution-building ahead needed to consolidate recent economic gains.

This blog was first published on This is Africa, and is reproduced with permission.