How a New Breed of Multinationals Can Root Out Poverty 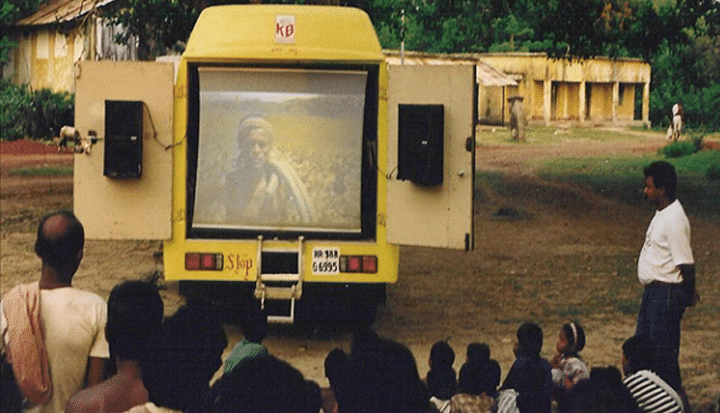 How a New Breed of Multinationals Can Root Out Poverty


The number of people now living on $2 a day or less is greater than the world’s total population in 1950, when the global fight against poverty began. Only business can marshal the resources (human and financial) and the incentives (profits and wages) to address this tragic reality at scale, and sustain the effort for as long as it takes. This article explains how a new breed of multinational business can root out poverty—and how you can get involved.

These are tough times to be an optimist

Not only do we have as many problems as at any time in human history—certainly, problems are part of the package of life—but today’s biggest challenges pose existential risks for the first time since our species radiated out from Africa: climate change; the threat of pandemic disease; economic inequities that harbor violence on a massive scale. Any one of these ever-present challenges could spiral out of control. Meanwhile, because we all know more than ever before about what’s happening in the world around us, we’re forced to confront evidence of these and other problems on a daily basis. As the man said, the world is too much with us.

So, what’s an optimist to do? For starters, we can assume that it’s possible for us to make a difference. We can’t turn the clock back on climate change to the 18th century, but we can slow it down, and we can mitigate its impact. We can’t prevent all infectious disease, but we can rein in its scope and treat its symptoms. And we can narrow the economic inequities both among and within nations.

In the final analysis, we can only do what we can do. What’s the alternative? And how would we feel about ourselves if we didn’t try?

Let’s take a look at an area I know well: global poverty, and the efforts used to eradicate it.

Consider the traditional channels used to end poverty: multilateral institutions such as the United Nations and the World Bank; national governments; foundations and philanthropists; NGOs and faith-based organizations.

All together, these forces have invested a total of more than $2.5 trillion over six decades with the announced intention of ending poverty. The UN and World Bank continuously report progress. You’ve seen those frothy official press releases about all the progress they’re making, right? They’re all about percentages, and they dodge the real issue. Get ready for it: today there are more people living on $2 or less a day than the total population of the Earth in 1950, when the global war against poverty began.

It’s difficult to see this reality as representing anything other than a colossal failure—and, in fact, it’s not hard to understand how it happened. I see six principal reasons:

1) Most anti-poverty programs are planned by people in air-conditioned offices wearing suits. Now, I have nothing against people wearing suits, much less against air conditioning. But I think they have no business presuming to address the problems of poor people under such circumstances.

2) Anti-poverty programs are typically top-down, hierarchical affairs run by “experts.” Just to give you a sense of what the problem is here, consider what Lawrence J. Peter said about economists: “An economist is an expert who will know tomorrow why the things he predicted yesterday didn't happen today.”

3) Efforts to eradicate poverty have only rarely been directed at poor people or the challenges they face. Overwhelmingly, the forces behind the global war on poverty have channeled their resources into a broad approach to economic development with two principal aims: to foster industry, and to build a middle class. In theory, prosperity would then trickle down to the poor—but we all know how well trickle-down economics has worked.

4) You can’t donate people out of poverty. Giveaways breed dependence and self-doubt instead of social change, reinforcing the very attitudes that help keep people locked in poverty.

5) There’s never enough money available for foreign aid or philanthropy to expand successful anti-poverty programs. Pilot projects are great; surely, thousands of them have worked well over the years. So, why haven’t any gone to scale?

6) Ten thousand flowers have bloomed in the anti-poverty field. One program addresses one aspect of the challenge, and in one place; a second works on another angle, in a different place. Everybody’s an expert, and every expert has the answer. The upshot is that anti-poverty efforts have been scattershot and uncoordinated.

So, if all these well-meaning people—the UN, World Bank, national governments, NGOs, and philanthropists—have all tried, and presumably done their best, what’s left? Business. But not business as usual. Mission-based business. Social enterprise.

Any business that aspires to reduce poverty must be based on the understanding that the only sure-fire way is to help poor people put more money in their pockets. That means businesses must be designed either to sell poor people products and services that will enable them to increase their income . . . or to hire large numbers of poor people for steady jobs and pay them fair wages . . . or to sell them products and services that will help them save money they would otherwise waste (on health remedies, for instance). Or, ideally, some combination of these means.

But how can social enterprise succeed in ending poverty when traditional efforts have all largely failed? There are four major advantages business has over other forces:

a) Successful businesses treat people as customers and listen to them—or pretty soon they’re out of business.

b) Successful businesses earn profits that make them sustainable.

c) Successful businesses hire lots of people. They pay wages, which keeps people coming back to their jobs.

To illustrate what I’m writing about, allow me to tell you about three companies now in various stages of development in India. These are companies pioneered by Dr. Paul Polak (1) :

These companies address just three of the innumerable business opportunities that abound among the 2.7 billion un-served customers who live on $2 a day or less—in housing, education, healthcare, finance, agriculture, and dozens of other fields. There is truly a fortune at the bottom of the pyramid (3).

Each of these three companies I’ve mentioned is designed to serve at least 100 million customers in the space of a decade . . . generate $10 billion or more in annual sales . . . and yield generous enough profits to attract mainstream capital. Now, you might be wondering what makes me think that any company could achieve all that, let alone all three objectives. The key to success is that they’re designed from the ground up with a method Dr. Polak and I call zero-based design.

Zero-based design is analogous to zero-based budgeting. Your accountant can tell you, if you don’t already know, that in zero-based budgeting you toss out last year’s budget and start from scratch, allocating funds for each line item according to what’s really needed, not just adding or subtracting two percent or ten percent to last year’s numbers. In zero-based design, we begin the process of designing a business from the ground up, without existing models or preconceptions.

There are eight essential factors in zero-based design:

1) Listening: Before you start a business or design a product or service, spend hundreds of hours talking to prospective customers. You need to understand what motivates them, what gets them up in the morning, what keeps them from getting ahead. You need to have a clear picture of the context in which they live their lives.

2) Ruthless affordability: Don’t imagine you can take an existing product sold to rich people, remove the bells and whistles, make it out of cheaper materials, and sell it to $2 a day customers for twenty or thirty percent off the price. You’ve got to shoot for game changing prices—eighty or ninety percent below rich-country levels.

3) Design for scale: Think Big from the outset! If you want to help end poverty, pick a problem to solve through business that’s faced by a billion people or more. That way, if your business is successful and gains a healthy market share of ten percent, you’ll build a customer base of 100 million or more.

Scale is the biggest challenge

4) Design for profit: It’s delusional to think that so-called “social businesses” that never make a profit will solve anyone’s problems. A social enterprise must be designed to make generous profits to attract the necessary capital for growth. Philanthropy is great, but it amounts to a pittance in comparison with the trillions of dollars available for investment.

5) Jugaad innovation: In the USA, we call it “American ingenuity.” In South Asia, it’s “jugaad innovation.” That means making do with what you’ve got. Using local materials and local know-how. Turning lemons into lemonade.

6) Last-mile distribution: World poverty is rural: seventy percent of the global poor live in villages, and nearly all are directly or indirectly dependent on farming. To reach them as customers, you’ve got to get to where they live—a challenge very few companies have managed to meet. You’ll need to use existing networks, or build your own, to deliver your products and services to those who need them.

7) Aspirational branding: $2-a-day customers are even more value-conscious than the rest of us. They have to be. Products and services they buy have to deliver on their promises—and make customers feel good about paying for them, too.

8) Contextual marketing: Ads in newspapers and magazines will reach few $2-a-day customers. Television may be even less effective. To market successfully to people at the base of the pyramid requires using channels familiar to them, such as demonstrations at festivals, bands of roving troubadours, door-to-door campaigns, locally produced films, and, increasingly in many areas, text-messaging.

A Bollywood film can reach millions

Zero-based design is not a formula—it’s an approach. And I won’t pretend it’s either simple or easy. To make it work in a given situation may require years of trial-and-error. But if you seriously want to help end poverty in the world, you’re going to need to use this approach, or something very much like it.

Whatever you do, though, do something. Whether you’re an optimist or a pessimist, you really have no choice, right?

Mal Warwick is the co-author with Paul Polak of The Business Solution to Poverty: Designing Products and Services for Three Billion New Customers (Berrett-Koehler Publishers, 2013). He is an entrepreneur, impact investor, author, and book reviewer. This article was adopted from his keynote address delivered September 30, 2014, to kick off “Ideas for Good: A Discovery Dialogue on Social Innovation” for the Carsey School of Public Policy at the University of New Hampshire.

[1] Dr. Polak founded the market-based nonprofit development agency International Development Enterprises (iDE) in 1981. During the 25 years he led the organization, he and his colleagues helped 20 million people lift themselves out of poverty.

[3] The seminal 1998 article and 2004 book by C. K. Prahalad and Stuart Hart, The Fortune at the Bottom of the Pyramid, popularized this phrase but failed to describe a practical, market-based method to reach the truly poor people of the world.