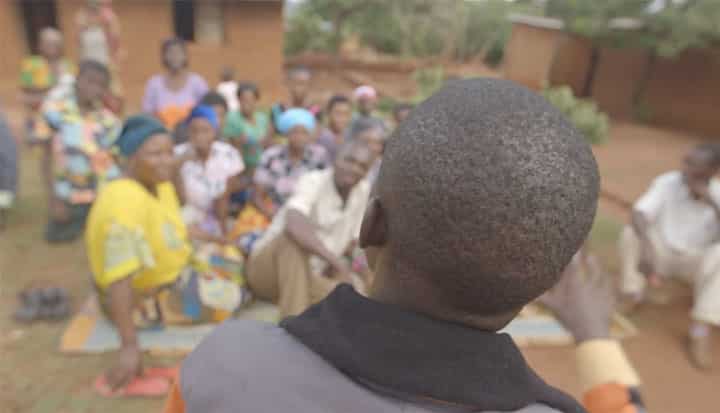 Jacob is on the front line of the fight against malaria in Tanzania. He has been leading a project, supported by Comic Relief and GSK, to train hundreds of volunteers to help equip communities with life-saving knowledge to help beat the disease. The progress they have made in just two years is incredible.


Comic Relief and GlaxoSmithKline (GSK) joined forces in 2015 for a five-year partnership to fight malaria and strengthen health systems in countries worst affected by the disease. The two organisations teamed up in support of global efforts to help improve health systems’ capabilities to fight malaria – a disease which still claims almost half a million lives every year. Through this partnership, Comic Relief supports organisations working with communities and health workers to make a big impact on reducing the numbers of malaria cases and deaths caused by the disease.

Supporting the fight against malaria will unlock human and economic potential – giving children the chance to grow up healthy and health workers the chance to focus their resources on other challenges.

Jacob Macha is on the front line of the fight against malaria in Tanzania. As Head of Programmes for Tanzania Communication and Development Centre (TCDC) - supported by the Comic Relief and GSK Partnership- he spends his time traveling the country and seeing first-hand how their community-led approach to malaria education and prevention is seeing the number of malaria cases and deaths decline.

Two years, Jacob shared his thoughts about how education is the key to fighting malaria. Today on World Malaria Day he reports back on the incredible progress they are making with their community-driven approach, that sees people power saving lives in Tanzania:

“At TCDC we work with the Ministry of Health and local partners to find ways to fight malaria through communication. We are using mass media in terms of hosting radio and TV shows, mobile video cinemas and road shows.

“Through the funding from Comic Relief and GSK we focus on training communities to know how to fight malaria for themselves. We do this by training Community Change Agents (volunteer health volunteers), who are embedded in the heart of their communities, in malaria prevention and treatment. They dispel myths and spread important messages to different groups of people, from teachers, to tailors, to community savings groups, who then pass on the education to their families, friends and neighbours.

In the past two years, we have been able to train 340 Community Change Agents who have together reached over 300,00 people across 1,000 villages in Geita and Kigoma, Western Tanzania.

In Kigoma specifically things have actually changed a lot. We have seen malaria cases going down - the malaria prevalence has decreased. Two years ago it was 38.1% prevalence, but currently it is 24.4% prevalence, so the cases of malaria are really going down.

“The main reason for the decrease of malaria is because of the work which is done by the Community Change Agents. They are putting a lot of work at the community level to educate people to start changing their behaviours.

“Now because of this support, people have actually realised the importance of testing for malaria before treatment, now they are getting tested, they are getting treatment for the right disease and they are sleeping under the mosquito nets. They are also keeping their homes clean from stagnant water pools which create breeding sites for mosquitos. We have seen people going to the medical facility, redeeming and asking for services. They are taking the right steps to prevent themselves from malaria and are moving away from traditional methods.

“With this project we feel it is sustainable and leaving a good legacy because of the fact that we involve all of the government stakeholders. The local government is involved from the beginning, from the planning stage to the implementation stage, and we feel they should be able to take over most of the responsibility when the projects comes to an end.

Malaria still remains a big challenge for us and we need to keep investing in communities in this way. We can see that things are improving – people are doing things differently and behaviours and mindsets are changing when it comes to malaria. We have a long way to go but it feels good to see and hear directly from people affected by malaria that they are taking control and we can beat malaria when we all come together and work in partnership in this way.

TCDC is funded by Comic Relief and GSK who have joined forces to help fight malaria and strengthen health system in some of the world’s worst affected countries. Find out more at comicrelief.com

Comic Relief is also supporting the Global Fund’s Sixth Replenishment in October, which, following on from World Malaria Day, is the next crucial moment in 2019 to step up the fight against malaria. For more information, click here.