Challenges and Lessons in Selling Nutritious Foods to the Poor 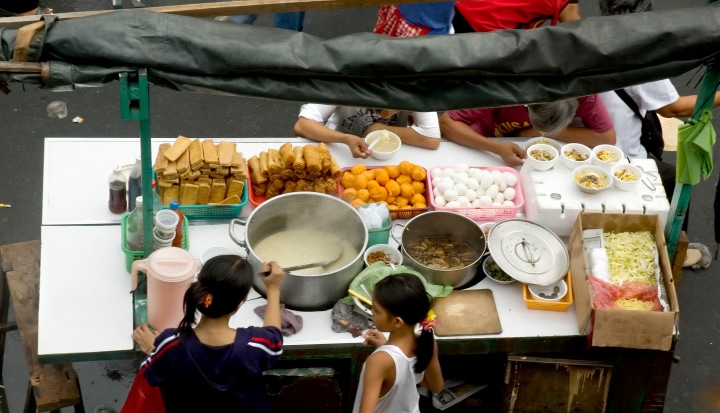 Challenges and Lessons in Selling Nutritious Foods to the Poor


Following the Nutrition for Growth event in June and the expansion of the New Alliance for Food Security and Nutrition, there is more interest than ever in using markets to tackle undernutrition, especially the so-called ‘hidden hunger’ of micronutrient deficiencies.

Some big businesses are trying to make low-cost products that are fortified with key nutrients, and to sell these to poor populations. Examples include Grameen Danone Foods in Bangladesh and Japanese multinational Ajinomoto’s venture with development donors in Ghana.

Early initiatives have shown that there are considerable challenges to be overcome. Despite operating for several years, Grameen Danone Foods hasn’t been able to turn a profit selling yogurt to rural mothers. In India, DuPont subsidiary Solae tried to market soy protein to poor women, but ended up closing the pilot due to inconsistent demand.

Obstacles to ‘selling nutrition’ to the poor
First off, very poor households already spend as much as 70% of their income on food, and are increasingly squeezed by volatile food prices. Social protection and getting people out of poverty has to be the first step. But for a number of reasons, it won’t be enough.

A second obstacle is that undernutrition is invisible. The groups who need nutrients most are babies and pregnant mothers (they also need to have access to water, sanitation, etc. so they can be healthy enough to use these nutrients). But the health benefits of good nutrition are years away. So you’re asking people to pay today for benefits in the future, which is always tricky.

And even if people know what nutrients they should be getting, it can be impossible to tell whether foods really contain these nutrients. (See this earlier blog post for more about the problem of invisible nutrients.)

People want much more than nutrients
This one is obvious: we choose to eat certain foods for many reasons: because they taste good, indicate our social status or connect with our identities. Most of the time, our main consideration is not nutrition.

Some recent research shows that once people move from extreme poverty to being able to afford enough rice, bread or cassava so they aren't hungry, they don’t use any additional money to ‘buy nutrients’. A study in China’s Hunan and Gansu provinces found that when the prices of staple foods were subsidised, very poor consumers decided to buy products that tasted good (like fish), and cut back on ‘poor person’s foods’ (like bean curd and vegetables). As a result, they actually got fewer nutrients in their diets.

A fourth problem is how people use foods once they have access to them. Some foods must be eaten regularly to provide health benefits (this is especially true for infant foods). Will poor consumers – whose incomes could fluctuate week-to-week – be able and willing to buy fortified products daily or weekly?

In spite of all this, there is evidence that poor people will pay relatively high prices for foods when they perceive them to be necessary for health. In Ghana and Nigeria, many lower-income households buy Nestlé’s Cerelac, a fortified product aimed at infants above 6 months. They prefer it over local products, even though Cerelac’s high price means they can’t afford enough of it.

The challenge of creating consumer demand for nutrition

Convincing poor people of the value of nutritious foods – whether nutrient-rich vegetables or fortified products – will be crucial to donors’ and businesses’ efforts.

Current initiatives are trying to create this demand in a number of ways:

Will these efforts be enough to change how people buy food? How do they square with rapidly changing food systems, where many people increasingly aspire to eat the processed and branded products associated with higher income lifestyles? We need more evidence to say conclusively. But it seems that, given the scale of the problem, we need more comprehensive approaches.

Share your experiences: What examples can we learn from?

There is much to learn from research and experience with how markets work in other areas. Large-scale evaluations have tested how charging a fee for vital products, such as vaccines and bed nets, affects people’s use of these products. (See this J-PAL Bulletin for a useful summary of several of these studies.) The key findings include:

What about you? There are surely many more examples to learn from. Do you have experience promoting the use of nutritious foods? What can we learn from other markets, places and contexts? Share your thoughts in a comment below!