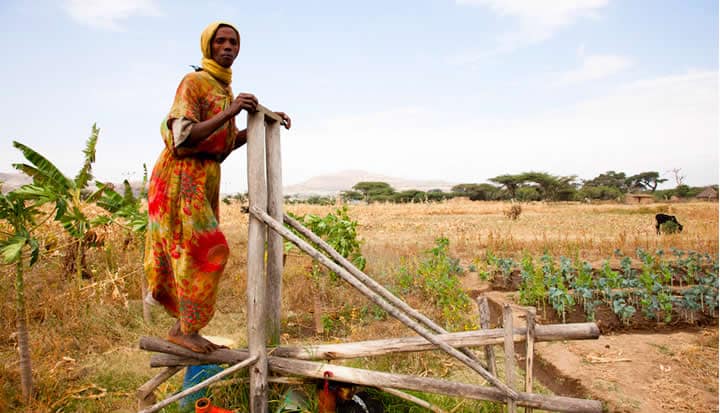 Achieving Success at the BoP


Question: If you build a better mousetrap will the world beat a path to your door?

Answer: Without superb marketing and distribution nobody beats a path to your door.

In my work with a multitude of affordable technologies over the past 30 years, one key feature has become abundantly clear: If you have met the challenge of designing a transformative, radically affordable technology, you’ve successfully solved no more than 10-20% of the problem. The critical other 80% of the solution lies in designing an effective marketing, distribution, and profitable business strategy that can be brought to scale. Of these, perhaps the most important is designing an effective scale strategy.

Some technologies are simply not scalable. They solve a problem that exists only in a village or two but is not applicable to a thousand villages. The first step in designing an effective scaling strategy is therefore to put first priority on technologies that, if successful, can be applied to address parallel problems in at least a thousand villages.

For example, an Engineers Without Borders team successfully fixed a broken motorized pump that supplied drinking water to several hundred families in a village in Rwanda. This mechanized piped water system was too expensive to be implemented in many other villages, but fixing it addressed an important problem in one village. Designing a robust, affordable hand pump, on the other hand, could have addressed a drinking water problem for many of the other families in the village and in thousands of other villages as well.

In many instances, the design of a scaling strategy is not very complicated. What development practitioners usually miss is the importance of building design for scale into a project from the very beginning of the design process. For example, if you need to sharpen ten pencils, the way to do it is simple. If you need to sharpen a thousand pencils, you need to use a different strategy, but it can be done. If you need to sharpen 100,000 pencils, you need a still different strategy. Each of these problems is eminently solvable, but each one requires a different series of logical steps; it’s very difficult to efficiently change from a ten-pencil strategy to a hundred-thousand-pencil strategy if you’ve already committed your resources and your time to the former.

25 years ago iDE (International Development Enterprises) recognized the transformative potential of a simple, $25 treadle pump installed on a tube well. The design of that technology incorporated affordability, easy reparability, and applicability to millions of small farms.

Yet the key challenge was to design the mass marketing and distribution strategy that would make it available to several million farmers. In Bangladesh 25 years ago, there was no pre-existing system of mass distribution in rural villages, and many of the one-acre farmers who needed a treadle pump had never heard of the technology; didn’t know how to read and write; and had no access to mass media.

To address the problem of distribution, we recruited 75 small private sector workshops who manufactured the treadle pumps; 3,000 village dealers who sold them at a 12% margin; and we trained 3,000 well drillers through a three-day course with a diploma, who then installed the treadle pump in the field for a fee. This set up the treadle pump market infrastructure, but that alone wasn’t enough.

A village dealer who sells treadle pumps at a 12% margin

The next step was to create market demand, so that each of these small enterprises could sell enough volume to make a decent living. For an illiterate population unreached by mass media, flyers, brochures, or radio campaigns wouldn’t work. So we recruited several village troubadour and theatre groups to write songs about the treadle pumps, and had them perform at markets and larger celebrations, incorporating demonstrations of working treadle pumps into their performances. Finally, we created a Bangladesh-style 90-minute Bollywood movie featuring the treadle pump that played off of a truck-mounted projector to an audience of a million people every year, in village open-air settings. Our film was often the first movie that our customers had ever seen.

Without the design of a scalable manufacturing, distribution, and installation network involving thousands of small entrepreneurs, we never could have sold the first million treadle pumps in Bangladesh. Without a large-scale marketing program incorporating activities like the Bollywood movie, neither the 75 manufacturers, the 3,000 village dealers, nor the 3,000 well drillers could have earned a reasonable living by making, marketing, and installing the treadle pump. The design of the mass distribution and mass marketing strategy turned out to be much more important to the success of the treadle pump program than the design of the treadle pump itself. Design of a transformative affordable technology was a necessary, but far-from-sufficient, condition for its success.

The design of an effective for-profit business strategy, of course, pulls all of this together. Every key player in the distribution chain has to make an attractive profit. The most important person in this chain is the end customer. A basic principle I’ve learned over the past 25 years is that for $2-a-day customers, income generation is the single most important feature of a successful technology. I don’t work with any technologies for dollar-a-day customers unless the customer can get three times his money back in the first year by using the technology. A treadle pump installed on a tube well costs $25, including a profit for the manufacturer, the dealer, and the well driller. The average farmer who buys it earns $100 net income in the first year, and could potentially earn $500 a year – 1/5 of purchasers of treadle pumps earn $500 in net income right away.

While it’s the most important, for the ultimate purchaser alone to earn a profit is not enough. The manufacturer has to make an attractive enough profit that he is likely to continue making the treadle pumps. Each dealer has to sell at least 20 treadle pumps in a season to earn enough income so that it is in his interest to continue to market treadle pumps to customers, year after year. And finally, the well driller must install enough treadle pumps in a season to make it worth his while to continue installing them. All of these active participants in the supply chain need to earn attractive profits before the technology can be successful.

A successful social enterprise serving $2-a-day customers begins with the design of a radically affordable, scalable, transformative technology. But this is only the beginning. It will fail to make a meaningful impact unless 80% of the designer’s energy is successfully turned towards designing a profitable business capable of reaching a million customers through an effective branding, marketing and distribution system.

This post was previously published on the Out of Poverty Blog, and is reproduced with permission.

One response to “Paul Polak: Achieving Success at the BoP”