Partnerships - All Talk and No Action? 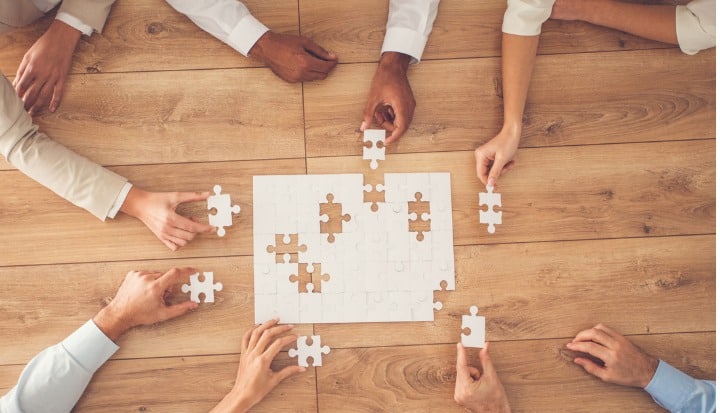 ​Does the cost and complexity of partnerships mean that most organisations should focus more, and collaborate less?

CHALLENGE: What more can international donors do to increase business’ contribution to the SDGs?


Partnerships can be costly and complex, and often they don’t deliver their intended goals, but this is not because there is anything inherently wrong with the approach. The usual problem with partnerships is that they are too rarely used effectively. And, they are often over-hyped: they are seen by some as a panacea for the world’s problems. So, they end up failing on two counts, both for being a waste of time, and for not being the magical answer to everything.

Partnerships are more usefully seen as a tool, a means to an end, and they can certainly create value well beyond what each partner could achieve alone, as TPI argues in its most recent guidebook. And - perhaps counterintuitively - one of their uses is to increase organisational focus, rather than dissipate it.

Let me start with a couple of examples.

Scaling Up Nutrition is a multi-stakeholder partnership that operates in over 60 countries with the aim of ending all forms of malnutrition. Like NCDs, tackling malnutrition is a fundamentally multi-sectoral challenge. No one ‘owns’ nutrition: governments don’t have nutrition ministries, the United Nations has various health and agricultural agencies, but none focusing specifically on nutrition.

In response, Scaling Up Nutrition has brought together business, the UN, donors and civil society to help to build political will and multi-stakeholder structures for tackling nutrition, both at a global level and in many of these countries.  (Disclaimer: TPI is currently part of a team undertaking a mid-term review of SUN, but these remarks relate to the 2015 Independent Comprehensive Evaluation).

Another example: the Extractive Industries Transparency Initiative (or EITI) operates in 50 countries and provides a global standard against which extractive companies report how much they are paying to governments, and governments say how much money they are receiving from these companies. If the two amounts don’t match, it creates debate and prompts corrective action. Through EITI, $2.4 trillion worth of payments have been disclosed in open public reports, leading to stronger extractive sector governance.

These examples, because they are well established, show promising results, and have been independently evaluated so you can judge their effectiveness for yourself.

There are also examples of successful smaller-scale partnerships. Recently, an independent study team looked at 25 ‘collective impact’ partnerships across the USA, including eight site visits, to assess whether they had achieved anything. They found that, in all eight cases, meaningful change had been created. These changes included: new or expanded public services; new public policy; new legislation; new funding streams to address problems; newly protected ecosystems.

So, if you can allow that partnerships at least have the potential to achieve significant change, why do we so often hear about partnerships going wrong, being ‘all talk and no action’, or not achieving their intended goal?

Well, we can use an analogy of IT, another tool which is both over-hyped and over-criticised. Imagine someone with very little software training (or possibly even interest in websites) being given a computer, told by their organisation to make the computer work, without proper support, in order to achieve something vague, in an unrealistic timeframe, while also being required to map out in advance how the website is going to work - and then being criticised afterwards by a team of academics for failing to achieve anything.

You wouldn’t do that for websites, but it too often happens for partnerships: and I exaggerate only slightly to make the point.

According to a recent review of 17 of the world’s largest multi-stakeholder initiatives, what successful partnerships demonstrate is that, in order to be effective, they have be set up well, and they have to be operating in the right context. Let’s look at these two things in more depth.

To be set up well, there should be clear agreement among partners on the goal that the partnership is intended to reach. In South Africa, for example, there is a partnership called the Strategic Water Partners Network (excellent case study here), bringing together 100 organisations from across sectors, with a very specific common goal: to close the estimated 17% gap between water supply and demand in South Africa forecast by 2030. Lots of different organisations recognised that they had a stake in solving this problem.

What these organisations didn’t do was try and create a masterplan in advance which set out, step-by-step, how they were going to achieve it. Instead, they collectively agreed some milestones, and were very flexible in how they were reached. In other words, they built the road as they went along.

As well as a clear goal you need the right people running the partnership. Building a road as you walk along it takes considerable skill. Partnership managers should ideally have experience of working in multiple different sectors, geographies and organisational contexts. They should have a sense of purpose beyond their own organisational interest and some willingness to go beyond their day job, in service of the common goal agreed by the partnership. They should also have organisational clout: senior colleagues should listen to what partnership managers say.

Which leads to a third ingredient, which is often overlooked. This is the presence of an operating culture within the partner organisations that actively supports collaboration. It is not good enough to appoint a partnership manager and then let them get on with it; that just won’t work. There should be clear ongoing support of organisational leadership, including the board. There should be organisational tolerance for risk-taking; a commitment to learning; a willingness to be flexible. An organisation has to be able to stomach the false starts and blind allies involved in partnership management.

So that’s the set up. How do you know if a partnership is operating in the right context (or ‘addressing the right local effect modifiers’, in the language of the PCI paper)? There’s no objective test that can be applied but, generally, the more fully that partners understand the context that they are working in, both at the outset and on an ongoing basis (and may even be changed by the partnership itself), the more likely it is that a partnership will succeed.

Understanding the context means, at the very least, knowing about the issue, the geography, the key players; about previous or existing efforts to tackle the issue at hand; about why unilateral initiatives have failed.

And, ideally also understanding the broader systemic reasons for the problem that the partnership seeks to address. Why don’t governments have ministries for nutrition? Why Are there water shortages in a particular location? Why is extractive sector financing so subject to corruption? Why are NCDs on the rise in so many middle-income countries? And there, you get into the territory of governance or market failures. Social and cultural barriers. Politics. Historical factors. And so on.

We can see the parameters of partnership effectiveness starting to emerge. You might listen to all this and conclude, well, that all sounds incredibly costly and complex. And this can be true, but it’s not a reason not to collaborate and it does not take into account the costs and complexities that arise if deep market or governance failures are left unaddressed.

While I have argued that there is no need for partnerships to fail to reach their intended goals, even when they do fail, they offer tremendous organisational development opportunities: if they are approached with the right mindset. If you go into a partnership with a determination to really listen and to build relationshipsand with a fundamental commitment to learn from the experience and apply the lessons to your own organisations, you will reap rewards.

Far from being a distraction from an organisation’s ability to focus, partnerships can be an extremely effective way for organisations to sharpen their competitive edge; to take a hard look at what it is that they uniquely offer; to articulate what resources they can bring to bear in order to achieve their mission, and what they need to bring in from elsewhere.

To find out more about how collaborations can be set up to succeed, from understanding the issue and starting small then scaling up to relationship management and building in ongoing review, take a look at our 12 key steps towards successful cross-sector partnerships.

‘All talk and no action: The cost and complexity of partnerships mean that most organisations should focus more, and collaborate less’…

I was recently asked to debate against the above proposition as part of a lively panel discussion on multi-sector approaches to NCDs. This blog is based on my remarks at the session. Thanks to C3 Collaborating for Health and PCI for the panel

CHALLENGE: What more can international donors do to increase business’ contribution to the SDGs?