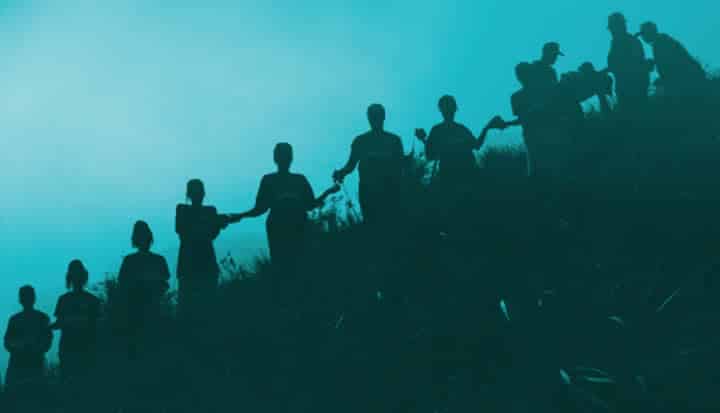 
Despite growing optimism about Africa’s economic prospects, progress is fragile and incomplete. Growth has yet to benefit many Africans, with almost half the population still living on less than $1.25 a day. With almost 200 million people aged between 15 and 24, Africa has the youngest population in the world, and with that number expected to double by 20451, the need for more inclusive and sustained growth will continue to escalate.

Transformative action is needed to generate growth that creates jobs and incomes, increases access to critical services such as education and healthcare, and leverages but protects Africa’s abundant natural resources for future generations. It has become common to hear stakeholders assert that no single organisation or even sector can do this alone. The Post- 2015 development agenda places collaboration among business, government, and civil society organisations at the heart of delivering on a new set of Sustainable Development Goals, intended to re-energise, re-focus, and rally stakeholders to complete the unfinished work of the Millennium Development Goals.

For their part, companies operating in Africa increasingly recognise that to succeed over the long term, they need to integrate social, environmental and governance standards and innovations into their core business practices—and at the same time to step outside the business to help tackle the systemic challenges that influence their strategic context, often in partnership with others.

As our new report: Partnering for Impact: Supporting systemic change to deliver the Sustainable Development Goals in Africa demonstrates, companies and their partners are working to catalyse systemic change in a wide range of ways. One common ingredient is the willingness to invest over a long time frame. A number of the partnerships featured have been at it for many years; others are new but are building on similar experience and lessons learned in other countries in Africa and around the world.

The report makes five key recommendations for all stakeholders concerned with establishing the means and mechanisms to tackle deeply entrenched systemic challenges:

1. Focus on strengthening the building blocks needed for systemic impact

Harnessing the comparative advantages of the private sector and creating innovative partnerships that contribute to the transformation of economic, social and environmental systems requires stakeholders to invest in a range of fundamental building blocks.

Those identified in this report include:

2. Be willing to invest for the long term, beyond standard project cycles

Systems change is a long-term process and projects designed to tackle systemic issues can be unpredictable, take time to generate impact and be hard to evaluate, especially when it comes to attribution. Such projects can therefore be challenging for organisations accustomed to short-term project lifecycles and rigid monitoring and evaluation (M&E) and accountability frameworks. Organisations engaged in systems change initiatives need to adopt a longer-term perspective and foster a more evolutionary approach, with a greater emphasis on building in scope for ongoing learning and adjustment.

3. Overcome the silos and fragmentation that limit scale and systemic impact

As the number of business partnerships and individual partners grows, so too does the scope for consolidating and co-ordinating activities to reduce duplication of effort, process inefficiencies, and competition for the time and commitment of local stakeholders – especially government representatives – that lead to high transaction costs, waste of precious resources and limited impact.

A cohesive and coherent policy environment from the global to local level in which government, civil society and the private sector can work together to agree policy priorities and implementation approaches is key to the long-term achievement of development priorities. Governments have a key role to play in creating enabling environments for multi-stakeholder collaboration, both by creating the local mechanisms for on-going engagement and dialogue and by ensuring that actions to tackle development challenges are underpinned by appropriate policies and legal frameworks.

5. Build the infrastructure needed to systematically catalyse and support collaboration

More formal and structured partnership platforms can play an important role in breaking down silos and systematically catalysing new partnerships to achieve development priorities, especially at the level of specific countries, sectors or commodity value chains.

The number of platforms for partnership is still very limited, particularly at the country level. Early experience suggests that they can fulfil important roles in tackling entrenched systemic challenges, and to that extent investment in the development of new platforms is warranted, ensuring they are built to good practice standards. At the same time, because the investment in time and money required to build and sustain such platforms is a real hurdle, there are roles for both formal platforms and more informal, light-touch approaches.

One response to “Partnering for Impact”