One for All, and All for One: Industry-Level Collaboration is Needed to Eradicate Forced Labour 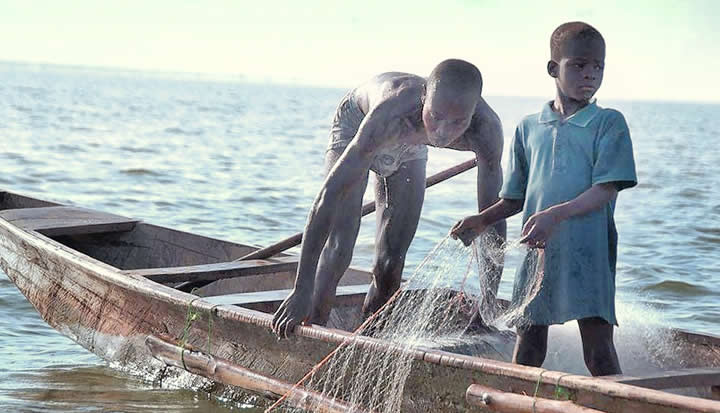 One for All, and All for One: Industry-Level Collaboration is Needed to Eradicate Forced Labour


According to the ILO, nearly 21 million people are subjected to forced labour around the world (an alternative estimate from the Walk Free Foundation, which is working with the ILO to release updated figures this year, puts the number more than twice as high). This activity generates $150 billion in illegal profits every year.

71% of companies surveyed for a recent report from the Ethical Trading Initiative and Hult International Business School believe that some form of forced labour is probably happening somewhere in their supply chains. The term encompasses a wide range of coercive practices, including restrictions on workers’ freedom of movement, withholding wages or identity papers, physical or sexual violence, threat of denunciation to immigration authorities, debt bondage—in which workers are forced to work to repay loans, which are often fraudulent—and human trafficking. In addition, modern global supply chains are long and incredibly complex, more like webs, with little visibility beyond the first few tiers. Forced labour and other human rights violations are considered most likely at the farthest reaches, where visibility is most limited, in low-wage sectors such as agricultural production, primary processing, and basic manufacturing.

Forced labour has risen up the agenda because it is one of the most “severe” violations that the United Nations Guiding Principles on Business and Human Rights advise companies to focus on, and because several countries are now requiring them to do so by law. For example, in 2015, the UK Modern Slavery Act required companies with revenues greater than £36 million to begin publishing annual statements on the steps they are taking. In early 2016, the US Trade Facilitation and Trade Enforcement Act made it illegal to import goods made with forced labour into the United States. Other countries, such as Australia, France, and the Netherlands, are considering legislation on the subject.

Companies are coming to grips with this reality and developing policies and procedures that seek to eradicate forced labour in their global supply chains. A priority now is to put them into practice. A number of questions are coming into focus for corporate human rights professionals. For example:

How can we engage with our procurement colleagues on this unfamiliar and scary-sounding topic?

Terms like “forced labour,” “slavery,” and even “human rights” can trigger feelings of defensiveness, intimidation, and even fear. It is natural to hesitate or even resist wading into an area where the human, reputational, and legal stakes are huge but the facts and rules are unclear and there is no roadmap for progress.

Companies are talking about the need to frame the challenge in positive terms—for example, standing up for freedom, dignity, respect, and better lives and futures for women and men, young and old. They are talking about the need to create safe spaces for learning and discussion, such as internal, commodity-specific working sessions. They are also beginning to talk about locating ownership over the process of responding to forced labour and other human rights issues in commercial teams themselves, providing a sense of control and pride in the effort.

What is the most effective way to engage our suppliers?

There is a strong sense that traditional audit-based approaches will not, by themselves, eradicate forced labour. Audits don’t always reach the farthest ends of global supply chains—the fishing boats and farms, for example. Most victims of forced labour are vulnerable and won’t self-identify—for instance, because they fear they will be reported to immigration authorities. And there is scant evidence that audits translate into behavior change by suppliers and managers.

Companies are talking about the need to show suppliers that they can have more stable, productive workers and earn greater profits by hiring and engaging voluntary workers. They are talking about allocating resources based on risk, so they can afford to partner with key at-risk suppliers in more hands-on ways over longer periods of time. And they are talking about finding ways to begin addressing some of forced labour’s root causes.

Where can we find—or how can we build—the capacity to deal with such a complex, systemic challenge?

Forced labour is rooted in factors like poverty, social exclusion, migration, rapid growth, labour shortages, global competition, downward cost pressure, rising informality, and governance gaps. While leading companies have had preventive policies and practices in place for some time, they have been difficult to implement beyond the first tiers of their supply chains, which have only been growing more complex. Eradicating forced labour will require governments, civil society groups, and companies all along global supply chains to act within their respective spheres of influence, using their unique core competencies but often experimenting and learning to work in new ways.

Companies are particularly energised about the potential for industry-level collaboration. As one human rights professional stated, “We all know that the real issues are not solved if individual companies seek to create clean supply chains for themselves only.”

One exciting development comes from the Consumer Goods Forum, an association of some 400 retailers, manufacturers, service providers, and other stakeholders across 70 countries. Its Board of Directors, comprised of 50 CEOs representing companies like Mars, Nestlé, Tesco, The Coca-Cola Company, Unilever, and Walmart, unanimously endorsed a set of Priority Industry Principles on Forced Labor late last year. The principles focus on three of the most problematic, yet most common, business practices that lead to forced labour—practices over which Forum members collectively felt they stood a chance of exerting some level of control and getting assurance in what is otherwise a very complex and messy environment:

The next step will be to pilot implementation of the principles, starting with palm oil and seafood in Southeast Asia. The Consumer Goods Forum is now mapping efforts already underway to identify stakeholders and partners. The organization is also meeting with other sustainability standards and platforms to see how the principles can be integrated.

According to Didier Bergeret, the Consumer Goods Forum’s Director of Social Sustainability, joining forces has helped many of its members take the all-important first step of acknowledging that forced labour might exist somewhere in their vast global supply chains.

The potential, of course, is far greater. Industry-level collaboration could give companies greater leverage with suppliers. It could also pull some powerful levers that companies would be hard-pressed to pull on their own. For example, working together, companies could aggregate sufficient demand to create a market for ethical recruitment agencies. They could advocate with governments to fulfill their responsibility to protect their citizens from forced labour and address its root causes. They could begin to engage the financial sector, where the billions of dollars in illegal profit from forced labour end up.

Barriers to industry-level collaboration will naturally need to be addressed. Companies will need to have conversations in ways that comply with competition laws. They will need to figure out how to collaborate externally even though they are so complex and sometimes siloed internally. They will need good data on the problem sliced by industry or commodity and geography. But these are all barriers that can be overcome. And as Bergeret states, when it comes to eradicating forced labour from global supply chains, “cooperation is literally the only way.”