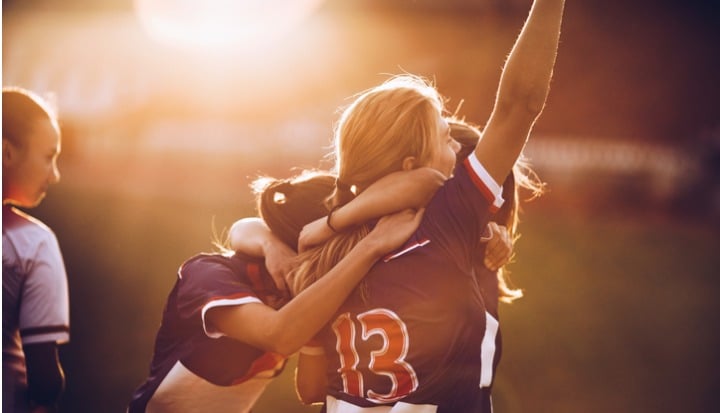 In this episode of Nudges an Bridges, Eveleigh Professor of Business Ethics, Kelley School of Business at Indiana University, suggests that each of us could find common ground with those we may disagree with on social and political issues. How do we do that? Timothy relates to famous incidents of bonds in sportsmanship.


Certainly, when we play on a team or cheer for a team, we want our side to win. Yet, in the midst of that desire and any team’s (or fan’s) competitiveness, acts of sportsmanship can draw both sides together. Sportsmanship demonstrates the bonds that players and fans have that extend beyond the final score. In this episode, I relate to famous incidents of sportsmanship.

The first one won and ESPY Award several years ago. It’s the story of a women’s college softball game where one of the players hit the ball over the fence, but tore a ligament rounding first base. Unless she touched all the bases, the run would not count. She was in too much pain to continue around the bases and it is against the rules for teammates to help another round the bases. Then, one of the opponents asked if she could help the batter. No rule against that, so the opposing team helped her around the bases, something of course was directly against their own interests. But their interests were bigger than the score and their act of sportsmanship not only was celebrated with the ESPY, I have witnessed it bringing tears to the eyes of professional football players.

The second story is about sportsmanship vis-à-vis an umpire. Now, who treats an umpire or referee well? They’re the ones people yell at and complain about. No one had a better reason to complain than Detroit Tiger pitcher Armando Galarraga, who was one out away from pitching just the 21st perfect game in major league baseball history. And he did, getting the final out. Except that the umpire missed the call, ruining the perfect game. Galarraga wasn’t happy, of course, but neither did he explode as sometimes happens in a game. He just got the next guy out. But then the interesting part happened. The umpire realized his mistake. He apologized tearfully. Galarraga forgave him. “Nobody’s perfect.” The two of them even later wrote a book together. Did Galarraga believe that he should remain quiet about getting credit for pitching a perfect game? No. But neither did he demonize the person who cost him it. In fact, some people refer to it as the “Extra Perfect Game.”

In my experience, I’ve never witnessed someone – regardless of their social or political beliefs – to not be moved by these two examples of sportsmanship. They exemplify a value that draws us together.

Why might business contribute to peace?
This video podcast series with Tim Fort aims to help us build bridges with others in the pursuit of peace. The insights are applicable to all of us, including businesses. During past discussions held on Business and Peace in the Business Fights Poverty Forum, three main reasons were offered for why businesses might contribute to peace.
The first is that it is simply a morally good thing to do. Business people are, after all, just that: people. Human beings generally do fare better during times of peace and stability and, regardless of what the motivations are, there is a shared desire of businesses, people, and business people to live in an environment of peace and stability.
The second reason pertains to instrumental reasons. Companies will fare better if bombs are not dropping on office buildings and a company’s brand and reputation will likely be better off if associated with peace rather than violence.
Another insight in the discussion was that of timeline. A long term approach to business success might lend itself to an incremental, but strong contribution to peace. This might even occur without a business being aware of the impact of the actions it takes. If, for example, it is true as some have argued, that strong ethical conduct correlates with peace, then long-term, responsible conduct of a business may also influence peacebuilding.
As a result of these conversations, another insight offered was that the biggest impact business can make to peace is in those areas that are neither the most stable nor the least stable. There may be little a business can do in the midst of the chaos of war and, in a stable country, any given contribution is likely to be small and incremental. Yet is in the “in-between” kinds of societies that businesses may make the biggest contributions and this is particularly true in regional and intra-state conflicts rather than in conflagrations occurring across borders.
The insights in the Nudges and Bridges series aim to help everyone, including business people, understand how they can contribute to peace.
Previous postNext post