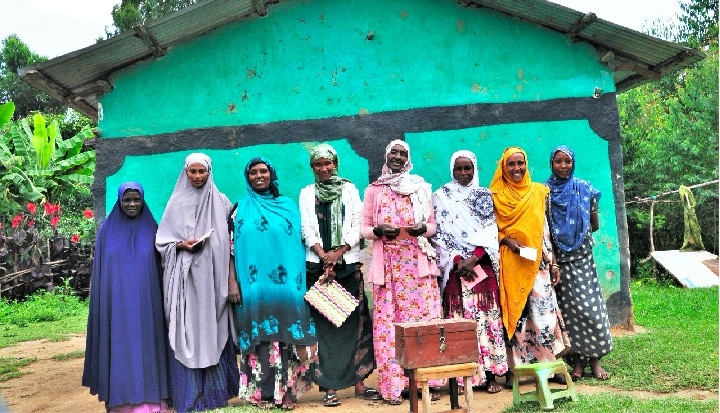 Since 2012, Farm Africa has been working in partnership with the NGO SOS Sahel Ethiopia, with funding from the Royal Norwegian Embassy in Ethiopia, to deliver a project that lowers greenhouse gas emissions by reducing deforestation in the Bale Eco-region, while also boosting the livelihoods of local communities living in poverty.

The project has helped more than 34,000 members of 64 forest cooperatives increase their incomes from the sale of forest-friendly products as well as carbon credits sold on the voluntary carbon market, both of which created an economic incentive to preserve the natural forest and biodiversity. 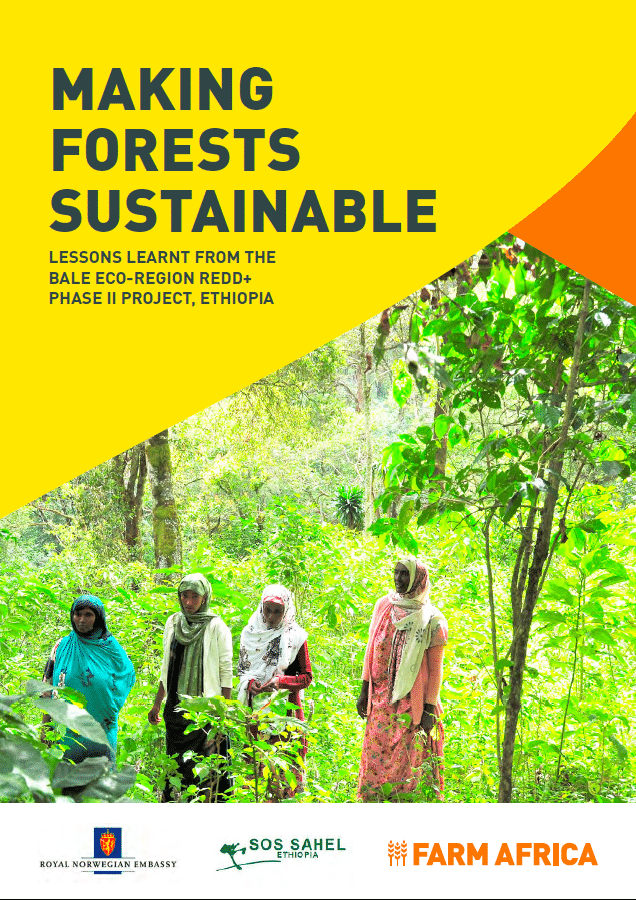 The project achieved impressive results, both for people and the planet.

The report, Making Forests Sustainable, details how over the period 2012-2020, deforestation in the Bale Eco-region was 58% lower than it was projected to be in the absence of the project. This avoided deforestation resulted in more than 25,000 hectares of forest being saved and emissions being reduced by 10.5 million tonnes of carbon dioxide.

Meanwhile, the average annual household incomes of forest-dependent communities in the eco-region rose by 143% from an average 17,000 Ethiopian Birr per household per year at the start of the second phase project in 2016 to 43,000 Birr in 2021.

The Bale Eco-region hosts the largest Afro-alpine ecosystem in Africa and is one of the two major biodiversity rich rainforest blocks in Ethiopia. By conserving forests, the project contributed significantly to the conservation of unique flora and fauna.

Carbon credits
The project is the first of its kind in Ethiopia to secure income from REDD+ carbon credits. Income from carbon credit sales, which is additional to the average increases in household incomes mentioned above, is enabling forest management cooperatives to invest in community development initiatives.

Female representation in leadership positions has helped ensure the cooperatives’ investment plans will deliver tangible benefits to women, such as a new local flour mill, which will relieve women of the need to undertake arduous, unsafe journeys on horseback to the nearest grain milling facilities.

The project’s success has paved the way for more REDD+ initiatives in Ethiopia. The communities supported by Farm Africa and SOS Sahel Ethiopia in Bale are now taking part in the jurisdictional Oromia Forested Land Programme (OFLP) REDD+ scheme, which seeks to reduce deforestation across the whole of the Oromia Regional State.

Both men and women were offered opportunities to develop income streams from forest-friendly businesses selling products such as coffee, honey and bamboo. The work to support forest coffee production was particularly successful, with cooperatives achieving an increase in the grade of their coffee from grade 6 to specialty coffee (grade 1 or 2) as measured by the Coffee Exchange standards. This enabled the sale of more than 67 metric tonnes to the international specialty coffee market in the season running from October 2020 to July 2021, at average prices of between US $4.34 to US $5.45 per kg.

The by-laws of the community-based cooperatives producing and marketing non-timber forest products were changed to stipulate either the Chair or Deputy Chair had to be female, leading to 61 of the 64 organisations having a woman in one of the two highest positions in 2021, up from 10 in 2016. This in turn encouraged more women to join the cooperatives.

In Bale, responsibility for feeding the family falls on women and girls. Most meals are cooked on open fires. Food preparation and firewood collection dominate women’s time. To reduce pressure on both women and the forest, Farm Africa and partners distributed a total of 5,961 fuel-efficient stoves.

On average, households’ annual consumption of fuelwood fell from 12.84m3 to 9.25m3 over the last four years, enabling the project to reduce forest degradation by saving a total volume of 34,500m3 of fuel wood that would otherwise have been collected from the natural forest.

The stoves have also brought improvements to women and children by reducing the smoke they inhale. The time saved from firewood collection and cooking is time that women are now able to invest in other activities, including income-generating work.

Etagegegnehu Mulushewa, who makes a living by selling the Ethiopian staple food, home-baked injera, commented: “With the traditional open smoky stove, I had to use more than 200kg of firewood to bake 800 injera. Now, with the fuel-saving one, I only need 100kg firewood for the same amount.”

Click to read more articles on Women Farmers and Climate